Four years into a constant stream of misconduct allegations, it’s hard to know how to process the latest revelations about the actions of Australia’s special forces in Afghanistan.

In village after village — in places like Darwan, Sara Aw, Zangitan, Patan, Sola, Shina, Deh Jawz-e Hasanzai and Jalbay — we have seen plenty of evidence to support allegations that some Australian special operators committed war crimes in Afghanistan. These stories are now a well-entrenched part of the Australian news cycle.

Oddly though, and despite photographic evidence, video evidence, document-based evidence and witness statements from Australians, Afghans and Americans, there are still doubters out there.

Some defence commentators seem to cling to the strange fiction that if an allegation has not been rubber-stamped by the inspector-general of the Australian Defence Force (IGADF) or proven in a court, we cannot decide for ourselves whether or not it is true.

As important as Justice Paul Brereton’s long-awaited report into alleged war crimes is though, we do not need his nod of approval to know there is a problem in Australia’s special forces. Something has to change.

Minor changes are not enough

Certainly, there are indications minor changes are already being implemented. According to the army, these changes include the introduction of a new ethics training package and a new special forces selection course.

But this is not enough. Rather than a solution, the special forces selection ritual is actually part of the problem — designed as it is to elevate and separate an anointed few from the rest of the military.

This process, which concludes with the receipt of a specially coloured beret, has many of the classic features of a cult initiation — a central part of the “code of silence” that prevented whistleblowers from coming forward for so long.

Then there is the fact that key figures behind the new ethics training were early critics of the media’s reporting on alleged misdeeds in Afghanistan — with the coverage described as “cheap shots” against Australian soldiers. This denialist viewpoint has remained strong within the command until only recently and seems to persist among some sectors of the public.

Indeed, the most prominent factor that led to these incidents in Afghanistan is the decoupling of special forces from the command relationships and discipline structures of the conventional army.

Currently, Special Operations Command (the umbrella organisation that manages Australia’s special forces) recruits and trains completely separately from the rest of the Army — deploying small groups for a variety of sensitive tasks abroad. But this step away from the rest of the Army (and its long-tested disciplinary norms) appears to have led to all sorts of improprieties in Afghanistan.

Also problematic is the fact those who are implementing the new changes (the chief of the defence force and chief of army) are both ex-special forces officers. This is not to suggest generals Angus Campbell and Rick Burr are compromised in some way — only to point out that extant unit loyalties are formative in any soldier’s thinking.

There are also signs that Burr, in particular, does not understand the cause of the problem.

For example, despite strong evidence that the practice of giving excessive authority to junior leaders created an unaccountable “brotherhood” and a general culture of impunity, Burr continues to describe this “command and control philosophy” as an “imperative” for the special forces.

Naturally, the fate of Australia’s special forces should ultimately be a captain’s call from Australia’s civilian leadership — perhaps the prime minister himself. And here, there is a compelling argument to be made that the command be disbanded.

To some, this might appear a radical suggestion — a sweeping change without precedent. But military units have been moved, shuffled, re-branded, disbanded and reactivated frequently throughout Australia’s history. Surely, a pattern of war crimes allegations is as good a reason as any to make some major institutional changes.

The Australian Defence Force will, of course, still require a special operations capability for complex operations abroad. Special forces do provide an advanced infantry skill set that is sometimes useful for policymakers — be it for a counter-terrorism raid or light-footprint reconnaissance tasks.

Read more: It’s time for Australia’s SAS to stop its culture of cover-up and take accountability for possible war crimes

But these needs can be met without continuing to feed billions of dollars to an elite force that is isolated from the rest of the military.

Instead, the Australian Defence Force could create special operations-capable companies in the conventional infantry battalions. This would mean teams of highly-qualified soldiers who are rapidly deployable, but still governed by traditional “green army” rules and strictures.

Rather than being “selected” and cloistered away from the rest of the force, these soldiers would simply be “trained” — that is, up-skilled and returned to line units, ready for special deployments abroad.

This is comparable to the French Groupement des Commandos Parachutistes (GCP) model, in which special operations capabilities are fully integrated with the rest of the force.

It would also be in keeping with the finest history and traditions of the Australian Army. Elite fighting units like the 2/2 Independent Company have previously been integrated with a regular infantry force (as seen with the Sparrow Force during the Battle of Timor in the second world war).

Whatever our leaders decide — and again, it should be stressed the Cabinet must be front and centre in these changes – Australia’s sullied special forces are not salvageable, at least in their current structure.

Irrespective of what the IGADF and Commonwealth prosecutors are able to prove, the organisation has lost its credibility. It must be disbanded. 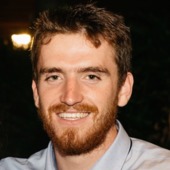 Sunday essay: the singlet — a short history of an Australian icon

From ‘arse-ropes’ to ‘flying venom’, a history of how we have come to talk about viruses and medicine

Sunday essay: the singlet — a short history of an Australian...

From ‘arse-ropes’ to ‘flying venom’, a history of how we have...

A decade after the invention of the smartphone, we’re about to...

A modern and united Australia must shift its national day from...

War of words: why journalists need to understand grammar to write...

We’re more likely to let our COVID-19 guard down around those...

Sunday essay: a short, sharp history of the bayonet