Battered by 9 years of Coalition government, the ABC now has a hard road of repair ahead

The Liberal-National Coalition government has been defeated, but the legacy of its nine-year onslaught on the ABC remains.

That onslaught consisted of relentless accusations of left-wing bias, a succession of pointless and enervating inquiries, punitive funding cuts, and the use of the ABC for target practice in the Coalition’s interminable climate and culture wars.

The government also joined with News Corporation in a pincer attack on the ABC. But worst of all, it stacked the board.

The Turnbull and Morrison governments routinely appointed to the board people not recommended by the independent merit-based selection process introduced by the Abbott government in 2013, in what turned out to be a piece of rank window-dressing.

Even so, when Scott Morrison took over from Turnbull as prime minister, he wasted no time in using an appearance on ABC television to warn the ABC board to “expect a bit more attention from me” if it didn’t “do better”.

In fact, the board was already stacked with people appointed by Turnbull’s communications minister, Mitch Fifield, outside the independent merit-based system.

Documents obtained at the time by The Guardian Australia showed Fifield had directly appointed five of the eight members then on the board, some of them having been rejected by the nominations panel. Fifield’s appointments included Vanessa Guthrie, chair of the Minerals Council of Australia, a fossil fuel lobby group.

On top of this, to replace chair Justin Milne, Morrison parachuted in his own captain’s pick for chair, Ita Buttrose, disregarding three recommendations from the merit panel.

In May last year, Morrison’s communications minister, Paul Fletcher, appointed three further members to fill vacancies on the board. Two of those – Peter Tonagh and Mario D’Orazio – were recommended by the independent nominations panel and one – Fiona Balfour – was not.

The net effect of these comings and goings is that the minister directly appointed three of the seven current non-executive directors – Buttrose, Balfour and Joseph Gersh – outside the nominations process.

A fourth, Peter Lewis, was recommended by a politically loaded panel, including News Corp columnist and former board member Janet Albrechtsen and former Liberal minister Neil Brown, after Lewis had produced a report showing how the Abbott government could cut the ABC’s funding.

None of this is to question the integrity of the individuals appointed – in fact, Buttrose has been a robust defender of the ABC. But it raises legitimate questions about how well equipped they are for the job.

For example, does the board as a whole have the guts to stand up for the ABC’s editorial independence, or even a decent understanding of what the term means? The backgrounds of its members, aside from staff member Jane Connors, do not suggest they have any experience of what it is like to do the heavy lifting in journalism, where editorial independence really counts.

Buttrose, Tonagh and Lewis have a ton of experience in corporate media management, and Buttrose of course was a journalist, but not of the kind that makes programs for 4 Corners.

Investigative journalism exposes the journalists doing it to a degree of sometimes personal risk and often severe political and legal pressure. It is essential they have a rock-solid belief that the organisation they work for has their backs. As the founding editor of The Sydney Morning Herald’s investigative unit in 1984, I can personally attest to this.

The ABC’s journalists would be entitled to harbour doubts about this after the board announced in May it was appointing an ombudsman to oversee the complaints system.

Not only is this yet another layer of bureaucracy on top of an onerous complaints system already in place, but worse by far is that the ombudsman will report directly to a board that has been politically stacked.

Given most of the complaints that cause trouble for the ABC come from politicians or well-connected people with partisan political interests, that amounts to an outright betrayal of editorial independence.

The decision to appoint an ombudsman was based on a recommendation by a former Commonwealth ombudsman, John McMillan, and Jim Carroll, an experienced commercial television executive, who carried out a review of the complaints process. However, they did not recommend the direct reporting line to the board.

This board decision had all the hallmarks of a pre-emptive buckle, the cutting witticism coined long ago by a radio producer to describe the way ABC management reacts to threats and pressure, real or anticipated.

In this case it had the desired effect. A month after the ombudsman proposal had been announced, an attempt by Liberal Senator Andrew Bragg to set up a Senate inquiry into the ABC’s complaints system was abandoned.

The decision to review the complaints system was taken in the aftermath of an earlier external review into a complaint about a three-part television series called Exposed: The Ghost Train Fire. The ABC’s complaints unit rejected the complaint, but this decision was vociferously challenged by a group of people anxious to protect the legacy and reputation of the deceased former premier of New South Wales, Neville Wran. One segment in part three of this series contained an unjustifiable implication that Wran was an associate of an organised crime figure, Abe Saffron, who the program alleged was connected with the fire.

The review was conducted by distinguished political scientist Rodney Tiffen of the University of Sydney and the celebrated investigative journalist Chris Masters.

They found against that one segment but were otherwise generous in their praise of the series.

The ABC accepted the praise but rejected the negative finding.

Shortly afterwards, in October 2021, the board established the complaints system review by McMillan and Carroll.

The upshot is that ABC journalists are now working in an environment where, if their story generates a complaint, it can end up in the hands of an ombudsman appointed by, and answerable to, a board, four of whose members have been either appointed by ministerial fiat outside the independent merit-based system or by a politically loaded panel.

a burdensome sledgehammer that chews up work time on sometimes vexatious and often trivial […] things.

The process is also prone to being bypassed by powerful people who get in the ear of senior managers, leading to investigations outside the system.

McMillan and Carroll say their anecdotal impression is the ABC often resists criticism, particularly of high-profile programs. Doubtless there is truth in this. The self-serving reaction to the Ghost Train Fire report is an example.

However, a simple solution would be to have someone with substantial expertise in investigative journalism seconded to the complaints unit to deal with complex cases like that.

There are many ways to destroy a media institution, but weak boards and uncertain editorial direction are two of the most effective. Look at the Fairfax newspaper company. For more than 150 years it seemed impregnable. Then in 1987, a Fairfax scion, “young” Warwick, privatised the company. It could not sustain the ensuing $1.6 billion debt and its bankers had it auctioned off.

Then a succession of purblind boards and senior management left it mortally exposed to the digital revolution that gutted its classified advertising revenue. Journalistically it struggled to harmonise its print and online content, staff were laid off in droves, and the shrunken remains were absorbed into the Nine Entertainment organisation.

At the ABC a reset is necessary but will take time. The recent appointment as news director of Justin Stevens, a journalist with real runs on the board, encourages the belief that at least the journalists in his division will be given a safe place in which to do good journalism.

However, the big test for the ABC is whether the board as a whole can engender confidence in its willingness to defend the ABC’s editorial independence and send the message to senior management and all ABC journalists that this a place where journalists can do good work without having to look over their shoulder to see if the corporation has their back. 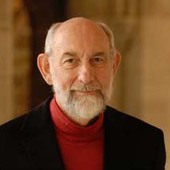 In 2021 I unsuccessfully applied for a position on the ABC board.