Victoria’s current COVID outbreak took another turn last week when a new variant was discovered by health authorities. It’s not clear whether this new “Delta” variant emerged from Victoria, New South Wales or elsewhere, and it hasn’t yet been matched to any cases in hotel quarantine.

We’ve still got a lot to learn about this variant, and most data we have right now is coming out of the UK. We don’t know yet for sure whether the variant is deadlier or whether it spreads more in kids.

But early data suggests it’s more transmissible than other variants.

The good news is that both the AstraZeneca and Pfizer vaccines still work relatively well against it — though only after the second dose.

The World Health Organisation has a new naming system, using the Greek alphabet, for coronavirus variants of concern.

The Delta variant was previously known as the “Indian variant”, as it was first found in India. It’s one of three sub-lineages of the Indian variant, and is also known as B.1.617.2. The Kappa variant — the strain most prevalent in Victoria’s latest outbreak and which originated from South Australian hotel quarantine — is B.1.617.1.

Read more: What’s the difference between mutations, variants and strains? A guide to COVID terminology

The WHO has introduced this new naming system to avoid stigma associated with attaching country names to variants. There was concern the old naming system might decrease the likelihood of countries reporting new variants in future, for fear their country would be blamed for the variant.

One historical example is the “Spanish flu”. In fact, evidence suggests this flu strain probably didn’t originate in Spain.

The new system is a non-judgemental way to keep track of new variants.

The Delta variant has been detected in many different countries across the world, including the UK, US, Fiji, Singapore and now Australia.

People infected with Delta tend to infect more of their household members than people with the Alpha strain.

Does it have a shorter incubation period?

Public Health England looked at the time it took an index case with the Delta variant to infect someone in their household.

It found the time between the exposure date and the household member becoming symptomatic was four days, which isn’t significantly different to the Alpha variant.

We don’t know if it’s deadlier yet

There’s some evidence Delta is associated with a higher risk of hospitalisation compared to Alpha.

However, we can’t say this with absolute certainty because it’s very early days.

There’s selective pressure on a virus to become more transmissible, because a virus wants to replicate as much as possible.

But there’s not the same selective pressure on viruses to become more lethal, and it’s not in the virus’ interest to kill its host. The ultimate successful virus lives in its host indefinitely.

I was quite surprised to see suggestions that some SARS-CoV-2 variants are potentially deadlier, though factors that make them more infectious might also make them more lethal.

There are also lots of examples of viruses that become more lethal but at the cost of reduced infectiousness.

One example is bird flu. Because this virus targets the lower respiratory tract, it’s quite deadly because that’s the site where oxygen transfer takes place. However, this makes it harder to transmit.

Are there more cases in kids?

It’s hard to answer this question with certainty.

This same hypothesis was floated when the Alpha variant was first becoming dominant in some parts of the world.

My laboratory has recently investigated whether Alpha replicates better in the cells of children and found it did not.

We haven’t been able to test the Delta variant in our lab yet, but I’d treat this idea with caution, for two reasons.

The first is that the strain is likely more infectious in general, which could be leading to more cases in kids (and everyone).

And secondly, kids haven’t been vaccinated, whereas many adults have, which biases the data.

Our vaccines still work well against it

Some data suggest Delta has the ability to evade our immune systems. This is assessed by looking at the number of antibodies in vaccinated people, then seeing how well those antibodies neutralise the virus in the lab.

Indeed there is a drop off in antibody protection with this variant. However, the key thing to note is that a drop in antibodies in lab tests doesn’t necessarily severely hinder vaccines. Lab results should be treated with caution.

Read more: What’s the ‘Indian’ variant responsible for Victoria’s outbreak and how effective are vaccines against it?

The good news is our current crop of COVID vaccines still remain relatively effective against Delta in the real world.

Data from Public Health England found one dose of AstraZeneca or Pfizer was 33% effective against the strain, but two doses was 60% (AstraZeneca) and 88% (Pfizer) effective.

What this shows is we can’t rely on the first dose alone. Everyone really needs to make sure they have their second dose. 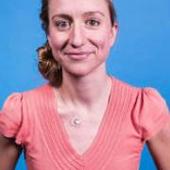 Kirsty Short receives funding from the NHMRC and Australian Eggs.