These are Lagevrio, made by American pharmaceutical company Merck Sharpe & Dohme, and Paxlovid, by Pfizer.

With the number of hospitalisations and deaths due to the virus continuing to rise, the approval of these drugs comes at a good time.

The federal government has purchased a combined 800,000 courses of the pills, and said the drugs will initially be prioritised for the elderly and other high risk groups.

Both companies say their drugs will work against the Omicron variant, though this is based on preliminary lab-based research.

What are they and how do they work?

Merck’s Lagevrio (generic name: molnupiravir) is an antiviral drug that causes errors to be copied into the COVID virus whenever it replicates. This makes the virus less effective in causing disease.

Pfizer’s Paxlovid is a two tablet combination of a new drug called nirmatrelvir, and a drug already used to treat HIV called ritonavir.

Nirmatrelvir stops the function of a key protein the virus needs to replicate itself, while ritonavir is there to stop the body from breaking down nirmatrelvir.

According to clinical trial data, Lagevrio and Paxlovid are useful in reducing viral load, the severity of COVID symptoms, and thus, the number of people hospitalised and/or dying from the virus.

Many of Omicron’s concerning mutations are on the “spike protein”, which is what the coronavirus uses to enter our cells. So one reason these drugs are still expected to be effective against variants like Omicron is they don’t target the spike protein.

Are these medications effective against Omicron?

The results of two laboratory studies by Pfizer researchers and released as pre-prints (yet to be reviewed by other scientists) shows that the nirmatrelvir can interrupt viral replication across all COVID variants of concern.

One independent lab-based study released online as a pre-print looked at both Pfizer and Merck’s drugs.

It found the key drug in Pfizer’s Paxlovid, nirmatrelvir, is still active against its protein target in Omicron, and can still reduce overall viral load.

The study also found Merck’s Lagevrio showed activity against Omicron. The president of Merck Research Laboratories said the company is very confident Lagevrio will be effective against Omicron.

It’s important to note this research was undertaken in a lab, so we’re still yet to see data on how effective it is in people with Omicron under real world conditions. With both drugs approved in the United States and United Kingdom earlier than Australia, it’s likely we’ll see in-person outcomes data on the effectiveness and safety of these drugs in the near future.

In clinical trials, before Omicron emerged, Paxlovid reduced the risk of hospitalisation and death by 88% in high-risk patients, and Lagevrio by 31%.

What are the side effects?

It’s important to note no medicine is perfectly safe and side effect free.

From clinical trials so far, we know fewer than 7% of patients taking Lagevrio experienced a serious side effect. Commonly reported were diarrhoea, nausea, and dizziness.

Different side effects were observed with Paxlovid, such as vomiting, diarrhoea, and headache, and fewer than 2% of patients in the trials experienced a serious side effect.

The risk of side effects with Paxlovid can be higher if patients are also taking other medicines at the same time. The list of medications that shouldn’t be taken with Paxlovid includes some anti-cancer, anti-inflammatory and cardiovascular medications, and even some herbal medicines such as St John’s Wort.

Am I eligible for these treatments?

Vulnerable people such as the elderly and aged care residents will be prioritised for access to the medication.

The government hasn’t stated when it expects other groups of people may be able to get the medicines, possibly due to the limited number of courses the government has purchased and because of supply difficulties being experienced in other countries.

Lagevrio and Paxlovid are both oral tablets which may mean you’ll be able take these at home, rather than spending time in hospital.

For both drugs, the tablets must be commenced as soon as possible and within five days of the first symptoms for them to be of any use.

Both medicines have also only been approved for use in adults. There’s no clinical trial data on the safety of Lagevrio or Paxlovid in children so we don’t know how effective and safe they would be in this age group.

There’s also uncertainty as to the potential impact either medicine may have on pregnancy and breastfeeding, so the Therapeutic Goods Administration (TGA) advises patients avoid these medicines in these circumstances. The TGA also recommends avoiding becoming pregnant soon after the use of either medicine.

How and where can you get them?

We don’t yet know whether people can obtain a prescription from any general practitioner or whether only specific doctors will be able to prescribe them (for example, geriatric specialists).

The government says the first deliveries of these medicines will arrive “over the coming weeks”.

The health minister also said both medicines will be free for patients.

Despite the promising treatment opportunity these drugs provide in the fight against COVID, vaccination will still remain the front line of defence against the virus. 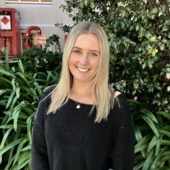 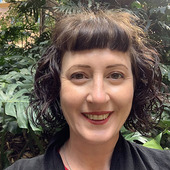 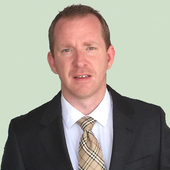 Elise Schubert is a registered pharmacist and a PhD Candidate receiving scholarship from the University of Sydney and Canngea Pty Ltd.

Associate Professor Kellie Charles is a Director of the Board of the Australasian Society of Clinical and Experimental Pharmacologists and Toxicologists (ASCEPT). She has previously held research grants and provided research advice to Johnson and Johnson (unrelated to the products discussed here).

Associate Professor Wheate in the past has received funding from the ACT Cancer Council, Tenovus Scotland, Medical Research Scotland, Scottish Crucible, and the Scottish Universities Life Sciences Alliance. He is Fellow of the Royal Australian Chemical Institute and a member of the Australasian Pharmaceutical Science Association. Nial is the science director of Canngea Pty Ltd, chief scientific officer of Vairea Skincare LLC, a board director of the Australian Medicinal Cannabis Association, and a Standards Australia panel member for sunscreen agents.