As we age, our bodies inevitably deteriorate. Some changes, like grey hair and wrinkles, are easily visible. Others, like high blood pressure, often go unnoticed, but can be deadly.

Just as our body shows signs of ageing, so does our genome. Damage comes from chemical reactions that alter our DNA, and from errors introduced when it is copied. Our cells protect against these ravages, but these mechanisms are not foolproof and cells gradually accumulate DNA damage over a lifetime.

As a consequence of this damage, your genome is not the same in every cell; you are a patchwork of cells with subtle differences in their DNA. When a cell divides it will pass on these changes, and as they accumulate there is more and more likelihood that there will be consequences.

If these changes – we call them mutations – chip away at the systems that govern cell proliferation and survival, this can lead to cancer.

Our latest research, published today in the journal Blood, provides new clues about how our cells protect their genome and guard against cancer.

Nearly 10% of cancers have a familial component. Genes like BRCA1 and TP53 are among the best known cancer susceptibility genes, and both are involved in coordinating the cell’s response to DNA damage.

BRCA1 helps to repair a specific type of DNA damage, in which both strands of DNA are broken. Inheriting a defective BRCA1 gene elevates the lifetime risk of both breast and ovarian cancer.

Beyond genetics, a complex mix of environmental and lifestyle factors modify cancer risk.

When we read the genome of a cancer it is possible to attribute mutations to certain types of stress. UV radiation, for example, will fuse certain DNA bases. The UV damage signature is writ large in melanoma, a cancer linked to sun exposure.

Lung cancers from smokers and non-smokers have different mutation patterns because of the action of chemicals in cigarette smoke that attack the DNA.

We can also use this approach to diagnose defective DNA repair, as each defect triggers a characteristic pattern of mutations. In this way, mutation signatures can help us understand why a cancer has developed.

Smoking, UV radiation and X-rays all damage your DNA, but damage also comes from reactive molecules present within the cell. These molecules are fundamental to the chemistry of life – take water, for example.

Water is a very reactive molecule and can do damage to our DNA. One of the most common mutations, either in cancer or in normal cells, results from water molecules reacting with methylated DNA.

DNA methylation is a small chemical modification that acts as a signpost on top of our genetic code. It helps to control which genes are switched on or off. This fine-tuning is essential for normal development, but methylation also makes DNA more susceptible to damage. Most of these events are quickly repaired, but the damage is unrelenting and some sneak through.

Methylation damage is the most prominent feature of an ageing genome. It’s so pervasive and reliable it has been proposed as a molecular clock that marks ageing. But our new research shows this process occurs more rapidly in some people.

We found and studied three people whose pathways to repair methylation damage had broken down. They all lacked a DNA repair protein called MBD4, which led to a marked accumulation of methylation damage – as though their cells were ageing prematurely.

All three developed an aggressive form of leukaemia in their early 30s, a cancer which usually wouldn’t be seen until the person is in their 60s or 70s.

Methylation damage plays a role in most cancers, but in these cases it was the primary driver of the disease.

While complete inactivation of MDB4 – as occurred in the three participants – is extremely rare, our findings raise the question of how more subtle differences in DNA repair shape cancer risk, particularly in the context of ageing.

Turning back the clock

Ageing contributes to cancer risk in myriad ways. While we’ve focused here on the buildup of DNA damage, our immune system also plays an important role and tends to fade as we get older.

Lifestyle factors – such as obesity, stress and diet – also provide a cumulative risk that builds over a lifetime.

Understanding the interplay between these factors is key to finding strategies that will effectively diffuse the health consequences associated with ageing.

Our research is helping to tease apart the contribution of DNA damage in different disease processes. Our findings suggest that some people accumulate more DNA damage than others – their clocks are ticking a little faster – and measuring these differences may help to spot people at risk of developing cancer, or help match them with more effective treatments. 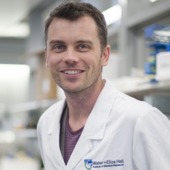 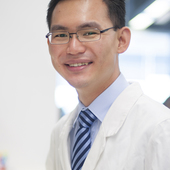 In many countries the coronavirus pandemic is accelerating, not slowing

Can anyone learn to sing? For most of us, the answer...

We have so many ways to pursue a healthy climate –...