Jennifer Morant, 56, died of carbon monoxide poisoning in her car in November 2014. Last month, a jury found her husband, Graham Morant, 69, guilty of two crimes under section 311 of Queensland’s Criminal Code Act 1889: counselling her to commit suicide, and aiding her to do so. He had repeatedly encouraged Jennifer to commit suicide (counselling), and had even driven her to a hardware store to purchase the equipment she used to kill herself (aiding).

Jennifer Morant suffered from chronic illnesses, including depression, anxiety and back pain. But this was not a case where a loving husband helped his terminally-ill wife to end her suffering. Instead, the Court found that Morant had been motivated by greed, and that the self-styled religious leader wanted access to the $1.4 million from his wife’s life insurance policies so he could build a religious retreat.

Justice Peter Davis of the Supreme Court of Queensland sentenced Morant to ten years in prison. He is believed to be the first person in Australia to be sentenced for counselling suicide.

The maximum penalty for this offence in Queensland is life, but in some other jurisdictions can be as low as five years’ imprisonment – so the same offence in NSW or Victoria would attract a much lighter penalty.

Morant was aware his wife was thinking about killing herself, and encouraged and helped her to do so, according to the Supreme Court of Queensland. So a key question is: should he have been charged with a more serious offence, such as murder or manslaughter?

The answer relates to the unusual status of suicide under the criminal law, and the extent to which the law assumes people act “voluntarily” and of their own free will.

The legal status of suicide

For half a century, suicide has not been a crime in Australia (though in practice, of course, only attempted suicide could be prosecuted). As a result, Morant could not be found guilty of complicity – often called “aiding and abetting” – in his wife’s suicide.

Mostly, telling someone else to commit a crime can mean both people are charged: the person who actually did the crime is the main offender, and the person who counselled them is an accessory.

But for a person to be an accessory, the other person must have committed a crime. Given that suicide has been decriminalised, Morant could not be charged as an accessory to his wife’s death; her behaviour was not a crime.

Suicide as a voluntary act

Another issue is the voluntariness of suicide. The criminal law is reluctant to assign responsibility to a person for the voluntary acts of another.

Justice Davis said Jennifer Morant “voluntarily sat in the car with the windows and doors all closed” and therefore caused her own death.

Although this was not a matter Justice Davis was required to adjudicate, he suggested that Graham Morant did not legally cause his wife’s death and could not, therefore, be responsible for manslaughter or murder.

However, there is precedent in Australia and other jurisdictions which suggests that a person could be found to be guilty of manslaughter in broadly analogous circumstances. We explore this issue in a recent article in the Alternative Law Journal, and it is illustrated in a couple of cases from the United States.

In 1961, a Massachusetts man was convicted of involuntary manslaughter after encouraging and helping his wife to commit suicide.

After he told her that he was going to obtain a divorce, she threatened suicide. He said she had tried twice before and was too “chicken”, then told her to get a rifle they owned, loaded it for her and told her how to position it so she could shoot herself. She did so, killing herself, and he was convicted of manslaughter.

In another US case, currently pending a decision by an appeal court, a woman, now 22, was found guilty last year of involuntary manslaughter after texting her suicidal boyfriend with messages encouraging him to take his life.

Prosecuting someone like Graham Morant for manslaughter should not be dismissed as fanciful. According to court judgements in this case, the Morants had been married 14 years, and his wife had previously contemplated suicide and was thinking of it in the days before her death. The prosecution also argued that he had told her that she ‘was not strong enough to survive the raptures which were imminent’, a reference to his belief the end-times were coming.

When sentencing Morant, Justice Davis said that he “took advantage of her vulnerability as a sick, depressed woman”.

In short, the court found that Graham Morant exploited both his wife’s vulnerable mental state and the trust inherent in their intimate relationship in order to benefit financially from her death.

We as a society are becoming increasingly aware of the effects of psychological coercion in the context of family violence, and the extent to which a person can overbear the free will of their partner. Consequently, Justice Davis’ conclusion that it wasn’t necessary to make detailed findings about Jennifer Morant’s emotional state or mental health is perhaps surprising.

There are, of course, numerous issues to be addressed before people are held responsible for manslaughter for causing someone else’s suicide.

For instance, one key issue concerns motivation. Should the law respond differently to financially-motivated offenders and altruistically motivated offenders whose behaviour is driven by love (such as Heinz Klinkermann in Victoria)?

In the United Kingdom, for example, prosecutors are expressly told to take into account whether the offender was “wholly motivated by compassion” when deciding whether to even prosecute someone for causing another person’s suicide.

Whatever approach we adopt, it is important that an accused’s criminal conviction is commensurate with their moral culpability.

Read more: How to ask someone you’re worried about if they’re thinking of suicide 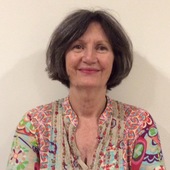 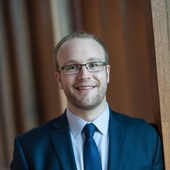 How to boost your internet speed when everyone is working from...

We’re told to ‘gamble responsibly’. But what does that actually mean?

The next Full Moon brings a lunar eclipse, but is it...

Does microdosing improve your mood and performance? Here’s what the research...