This article contains explicit terms which some readers (and workplaces) may find offensive.

Here’s a snapshot of the geographies of online pornography down under.

From computers to phones

With the 5G mobile phone system just over the horizon, and increasingly cost-effective and larger data packages offered by mobile phone companies, smart phones will undoubtedly increase their dominance in how we access online pornography into the future. 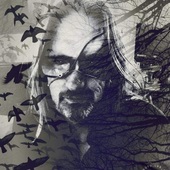 Coon’s rebranding dilemma: polishing a brand name to stay out of...

Sunday essay: 5 museum objects that tell a story of colonialism...

Why Labor’s childcare policy is the biggest economic news of the...

The Uluru statement is not a vague idea of ‘being heard’...

For green cities to become mainstream, we need to learn from...

Sunday essay: separating the art from the badly behaved artist –...

Boy Erased is a safe and predictable take on the horrors...