Less than six months after Australia voted to legalise same-sex marriage, the topic of gay conversion “therapy” reared its head in Victoria. A proposal to debate the so-called treatment at the Liberal Party’s State Council was quashed by party president, Michael Kroger.

The debate was to include discussion of giving parents greater access to conversion therapy for their children to counsel them away from same-sex attraction or gender transition. Attempts to increase scrutiny of this “therapy” in Victoria, with a view to imposing legal restrictions, undoubtedly contributed to the proposal to debate the topic.

Australia has a long history of intervention into people’s sexual orientations and gender identities, including conversion therapy. Yet this therapy has not received the same level of public scrutiny as it has overseas.

There is no scientific or medical evidence to support the use of conversion therapies. In Stephen Fry’s documentary, Out There, “reparative therapy” founder Dr Joseph Nicolosi claimed he could convert the sexuality of his (predominantly teenage) patients by resolving “trauma-based conflicts”. However, Nicolosi was unable to find a single ex-gay he had “treated” for Fry to interview. Nevertheless, the lack of evidence appears to have had little effect on those calling for more debate on these therapies.

In the 1950s, New South Wales led the charge to curb and control homosexuality. NSW Police Commissioner, Colin Delaney, claimed in 1958 that homosexuality was “Australia’s greatest menace”. Lisa Featherstone and Andy Kaladelfos have shown that homosexuals convicted for consenting sexual acts with other adult men were segregated and medicalised within the prison system.

Sydney-based Dr Neil McConaghy (who regularly published his findings in outlets such as the British Journal of Psychiatry) employed conversion therapy during the 1960s and 1970s with what Michael Kirby has described as “the most energetic attempts”. Leading LGBTIQ figures such as Sue Wills and John Ware protested against the danger of this therapy, citing it as a key motivation for their activism.

McConaghy’s practices included apomorphine therapy. This involved the injection of up to 6 mg of the morphine derivative to induce severe nausea when patients were shown photographs of men. He also required patients to read pleasurable words on homosexuality aloud, after which he applied electroshocks.

Historiam Graham Willett has studied the so-called “diagnoses” of LGBTIQ “conditions” in 1970s Australia and the eventual removal of homosexuality as a pathology from the third edition of the Diagnostic and Statistical Manual of Mental Disorders in 1987. According to Willett:

… the hostility of the medical profession towards homosexuality was taken as a given, and the profession was seen as one of the main enemies of gay people, and of sexual freedom more generally. … psychiatrists and psychologists spoke casually of “curing” homosexuals, and were capable of recycling the most offensive and stereotypical representations of gay people without batting an eyelid.

The “treatments” – or tortures – did not work, of course, because there was no scientific or medical credence to them. In effect, they amounted to quackery.

‘Disease’ of the mind or soul?

The human rights violation of such acts, performed under the guise of psychiatry, were more aligned to practices such as exorcisms and other extreme religious and spiritual traditions than to medicine. In fact, Christian conversion therapy has had a much wider and popular presence in the tradition of conversion therapy than its psychiatric equivalent.

While some psychiatrists saw homosexuality as a “disease” of the mind; some religious groups see it a “sickness” of the soul. To cure the soul, and to protect the soul of others from contamination, religious conversion therapy can involve ostracising the person from family and community, extensive prayer by, and for the individual, intensive “conferences” designed to “heal”. It can even include exorcism. Religious organisations have also promoted “reparative therapy”, drawing on psychology.

While Australia is arguably far less evangelical in its religious convictions and practice than the US, organisations such as the now-defunct Exodus International have been active here.

Survivors of gay conversion overseas, meanwhile, are winning legal battles and there is an increasing number of lawsuits. In 2017, in Henan province in China, for example, a man was awarded damages and an apology in a lawsuit he filed against a psychiatric hospital over enforced conversion therapy. Organisations are also being closed, such as US-based Jews Offering New Alternatives for Healing, formerly Jews Offering New Alternatives to Homosexuality (JONAH).

The opposition to conversion therapy will continue. While the legalisation of same-sex marriage does not legally prevent such damaging discrimination, it is a significant step in the right direction towards stopping it in Australia. 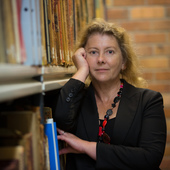 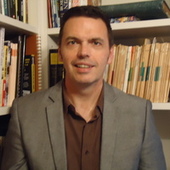 James Bennett – [Senior Lecturer in History in the School of Humanities and Social Science, University of Newcastle]