This week, it was announced two types of Allen’s lollies, Red Skins and Chicos, will be known from January 2021 as Red Ripper and Cheekies.

The Swiss-headquartered Nestle Corporation decided the original names did not express their brand values, presumably because of the racist connotations of redskins (Native Americans) and chicos (Latin Americans).

But don’t be surprised if the Nestle marketing department requests a further name change. As the Daily Mail reported, “Red Ripper” was the moniker of a notorious Soviet criminal, Andrei Chicatilo, responsible between 1978 and 1990 for the violent deaths of 52 women, some of whom he ripped apart.

Haven’t you heard of Google?

Nestle is not the only corporation neglecting to Google before using language that causes offence.

Two episodes of the Emmy-award-winning children’s show Bluey were removed from the ABC streaming platform iview and subsequently edited after a complaint from a viewer about the racial connotations of the term “ooga booga”.

The viewer pointed out the Macquarie Dictionary defines “ooga booga” as a “stereotypical rendering of what the speaker regards to be the language of those deemed by them to be African savages”.

In an apology, the ABC and Ludo Studios said they were unaware of the term’s potentially derogatory meaning and was only intended as “irreverent rhyming slang often made up by children”.

The term “ooga booga” connotes primitivism and superstition. In B-grade movies, when uttered by a witch-doctor, it could mean anything at all and saved any more complex scriptwriting.

The racism or otherwise of the term today is, however, entirely dependent on context. Today, it can be considered a satirical term for the inauthentic representation of indigenous people as savages.

When the leading Indigenous art collective proppaNow exhibited works under that title, they used it critically to play on the absurdity of various traits attributed to Aboriginal people by white Australians.

But if used to deride a culture itself, it is profoundly offensive.

Noddy’s golliwogs have been exiled, as has the “n” word in Huckleberry Finn and elsewhere. Enid Blyton’s Faraway Tree children Fanny and Dick were renamed Frannie and Rick — raising the ire of many devotees and sending them scrambling to second-hand bookshops for early editions.

Discriminatory language — in the form of ageist, classist, racist, and sexist expressions — has long been unacceptable in Australia and other parts of the world. The Black Lives Matter movement has dominated the headlines this year, raising awareness of racism in word and deed.

But why has it taken so long for American food companies such Quaker Oats and Dreyer Icecream to feel the pressure to rename Aunt Jemima Pancake Mix and Eskimo Pie? Aunt Jemima, based on a black “mammy”, is disappearing altogether and Eskimo pie is now called Edy’s.

One part of the world that has not seen the necessity to rename products with racist connotations is mainland China. One of south east Asia’s best-selling toothpaste brands is “Darlie”. From 1933 to 1989 there was a “k” where the “l” now is, constituting a longstanding racial slur against African Americans.

Colgate Palmolive must have been aware of how disgustingly racist the name was when they bought into the company in 1985. It took them four years to change the English name — but the Chinese language name still translates to “black people toothpaste”.

Of course, the Allen’s lollies’ name change has been called unnecessary by some critics, who have derided “political correctness” and “cancel culture”.

In recent years these movements have been allied to “wokeness”, which has also been subjected to derision, though its concern is being attentive to important issues —especially issues of racial and social justice.

George Orwell’s 1946 essay, Politics and the English Language, focused on the political dangers of not caring for language. Language is everyone’s business.

Surely our stance should encompass empathy, respect and civility? In the quest for this empathy, these name changes are a small but important step forward. 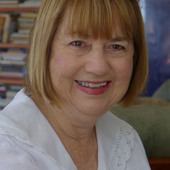 How capitalism ruined our relationship with bacteria

Children may need to be vaccinated against COVID-19 too. Here’s what...

North Korea: is war on the cards again?

Science or Snake Oil: what is black salve and why do...