“My exhibition is a narrative in the vein of Shakespearean tragedy, specifically Richard III. A Narrative set in 15th Century England, the time and place of Richard III. A new phenomenon for that time and place was the introduction of playing cards from the European continent, and before that, from their mysterious origins in Asia. Inspired by the splendour of playing cards, my exhibition is a painting series of playing card, story characters. Intended to create intrigue about the fictional and literal Gothic period, English royalty feuds; the wars of the Roses, and playing cards. A story of many conflicts, grudges and power plays, schemes, vendettas and factions.
This exhibition is a series of nine acrylic paintings presented as depictions of playing cards. Prospectively, I hope to one day complete a whole deck of cards. These ‘playing cards’ are to hold the aesthetics of the European card designs, particularly spanning from the 15th, up until the 19th centuries. Each ‘playing card’ that I have painted holds a short poem, written by myself in service to a greater narrative.”

“My paintings, and accompanying poems are intended to create intrigue about human history and the relevance of such to modern life. The theme that runs through most of my work is ‘identity’ and it interests me, because over time I have seen my own sense of identity change. In fact I see ‘identity’ as always in flux because it comes from ideologies, and ideologies always change. Because of ideology, the mythical, and particularly religious mythical narratives have greatly interested me. I think they serve as powerful allegories. Openly symbolic narratives from human history, that provide ways to project ourselves into realms that hold significance to our own past and future possibility. Such symbolic human possibility is engrained in many of my favourite works of art. I am inspired specifically by the art made by William Blake during the Age of Enlightenment, and after a recent trip to France and Italy, my appreciation for Medieval art has also grown.

This opening night is Thursday 22 August. The very night after the battle of Bosworth field, the defeat and death of Richard III.” 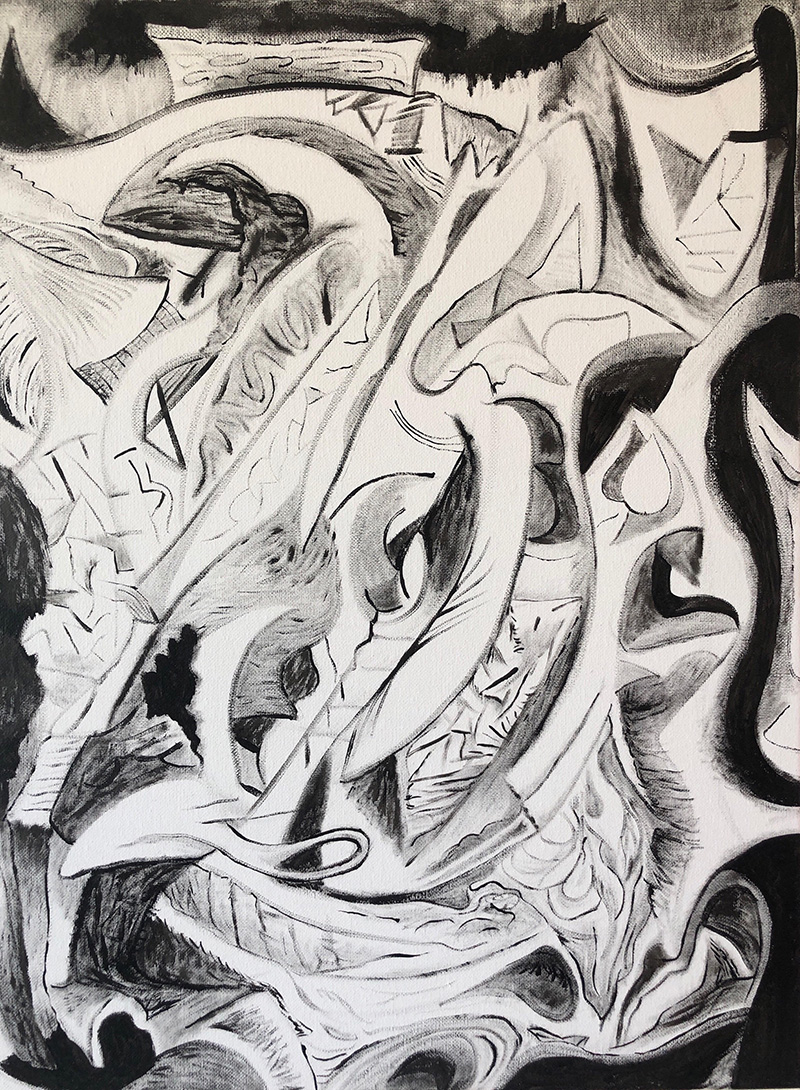 TooT Artspace respectfuly acknowledges the traditional owners of the land on which it operates and pays our respects to their Elders past, present and future