If you’ve been in central Brisbane recently, you will know there is a new visitor in town. Lime e-scooters have popped up all over the CBD and neighbouring suburbs. It’s early days for this new mobility provider, so we can’t say if this is a permanent fixture with certainty, but here’s a transport research team’s view on the Brisbane trial and its implications.

Transport disruption makes life difficult for policymakers and transport agencies. Queensland at first attempted to deter illegal ride-sharing but then legalised Uber and Olain response to public demand. E-scooter sharing systems might be just as transformative for people’s travel.

You can download an app, sign up quickly and for only a dollar unlock a scooter, hit the accelerator and zip down the street at up to 25km/h. Scooters can be picked up and dropped off on footpaths throughout the central city. They offer low-cost travel and produce low carbon emissions.

Previously, North American cities, such as San Francisco and Washington DC, were inundated with e-scooters. In response, some cities banned e-scooters outright, others used regulations to control the new players.

The trial in Brisbane is helping the city and state see if it works and determine an appropriate regulatory approach. Lime was initially given a “temporary pass in Brisbane”, allowing up to 500 e-scooters. As long as riders wore helmets (either provided by Lime and attached to each scooter, or bring-your-own) and rode them responsibly, there would be no problem.

Kudos to the Queensland transport minister and his department for being the first in Australia to allow a trial and, more recently, for improving the regulation of these operations. Well done also to Brisbane City Council for allowing the trial in the central business district and working with Lime on the roll-out. It was especially helpful that the council’s contract with its bikeshare operator did not prevent e-scooters from competing for riders.

When you take off on one of these e-scooters, it is liberating. If you’ve used a kick scooter before, even as a child, these new versions are relatively intuitive to ride. The electric motor means Brisbane’s hills are suddenly no problem. A trip from our South Bank campus across the river and through the botanic gardens to connect to a downtown meeting took six minutes and cost just over $3.

No other mode of transport would compete in terms of either time or cost for such trips, unless you bring your own bike or e-scooter with you into town. Thousands of residents and tourists are using the e-scooters in Brisbane each day. Our sources tell us over 100,000 users have made over 300,000 trips since the mid-November launch.

There are reports of injuries from falling off the scooters. This highlights a need to take it easy your first few trips, to look for problems on any scooter you hire and to wear your helmet.

So what are the problems?

Our observations this last couple of months suggest user behaviour has changed. Some unruly behaviours we saw in the first few days seem have given way to new social norms.

Parking behaviour is also improving. Riders cannot lock the scooter (and stop paying for it) in locations where it might cause a nuisance, such as on the main green bridges. They are both encouraged to park out of harm’s way and forced to submit a photograph of their parking attempt. Park poorly a few times and Lime will suspend your account.

There are some issues though. The guidance provided to riders about where you can legally ride, whether on the departmental website, news media, the system app or its website, is at times missing, contradictory or just confusing. Fixing that should be easy enough.

Brisbane has not built much bicycle infrastructure in the last five decades, a few notable bridges and riverside paths aside. Nor have we reduced local street speeds to 30km/h, as is now standard European practice. There aren’t obvious safe routes to use when scootering through parts of the central city.

Fixing these issues will be more challenging, but quiet non-polluting e-scooters are clearly preferable to a city centre clogged with cars.

What are the best regulatory options?

Our city managers have to decide what options they prefer.

We have five suggestions.

1. There is no need for scooters in Australian cities that have more power or go faster than the current Lime scooters. The decision to choose 25km/h seems appropriate at present. Restricting speeds to 10km/h, as previous laws did in Queensland, would be nonsensical.

2. E-scooter systems are likely a natural monopoly, or perhaps duopoly. This is because one needs many scooters from the same operator available across a wide area to ensure efficiency in operations, keep costs low and provide wide coverage for users.

Brisbane City Council is talking of a probable monopoly, awarded via tender. This is the approach used since the city’s first tram operations in the 1880s. If Australian cities do award monopoly rights we hope they adopt Santa Monica’s use of a levy on the operator that is hypothecated towards improving the city’s bike lanes and bike paths, to create more safe riding space.

3. We recommend scooter parking locations be designated in key locations, such as close to Brisbane’s Queen Street mall, difficult as this will be given the competition for space on the city’s narrow streets and footpaths.

4. Cities should enter into meaningful partnerships with scooter companies that include data sharing for research and analysis of overall city transportation. Gold Coast’s MoBike scheme is, without much fanfare, the best-used bicycle-sharing scheme in Australia and an exemplar partnership model.

5. These scooters need to be part of the coming move towards subscription mobility services. Soon we are likely to be offered “mobility as a service” and pay one monthly fee to get public transport plus rideshare, bikeshare and scooter-share trips, some car-sharing and maybe some taxi kilometres. Based on the demand seen in Brisbane, e-scooters should be included in these packages.

This regulatory mix would cover most of the issues raised by others. Get all this right and e-scooters can help create a safer, more sustainable and liveable city with a better set of mobility options. 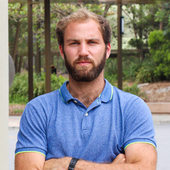 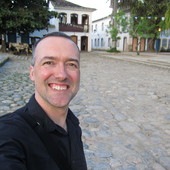