A long-awaited draft review of federal environment laws is due this week. There’s a lot riding on it – particularly in light of recent events that suggest the laws are in crisis.

It followed news last month that mining company Rio Tinto detonated the 46,000 year old Juukan rock shelters in the Pilbara. The decision was authorised by a 50 year old Western Australian law –and the federal government failed to invoke emergency powers to stop it.

Also last month we learned state-owned Victorian logging company VicForests unlawfully logged 26 forest coupes, home to the critically endangered Leadbeater’s possum. The acts were contrary both to its own code of practice, and the agreement exempting VicForests from federal laws.

As relentless as Hehir’s criticisms of the department are, let there be no doubt that blame lies squarely at the feet of government. As a society, we must decide what values we want to protect, count the financial cost, then make sure governments deliver on that protection.

I’ve been involved with this Act since before it began 20 years ago. As an ACT environment official reading a draft in 1998 I was fascinated by its complexity and sweeping potential. As a federal official responsible for administering, then reforming, the Act from 2007-2012, I encountered some of the issues identified by the audit, in milder form.

But I was still shocked by Hehir’s report. It’s so comprehensively scathing that the department barely took a trick.

Overall, the audit found that despite the EPBC Act being subject to multiple reviews, audits and parliamentary inquiries since it began, the Department of Agriculture, Water and the Environment’s administration of the laws is neither efficient nor effective.

While the government is focused on efficiency, the lack of effectiveness worries me most – especially findings concerning so-called “environmental offsets”. These are measures designed to compensate for unavoidable losses, such as creating a nature reserve near a site to be cleared.

In the early years of the law, offsets were rare. By 2015 they featured in almost 90% of decisions, dropping to about 75% last year. In effect, we now rely on offsets to protect the environment.

The Auditor-General found that the absence of guidance and quality control for offsets has led to “realised risks”.

For example, offsets must be mapped and disclosed publicly, to ensure their integrity. But not only did the department fail to create a public register, in 2019 it stopped loading offset data into its systems altogether. This makes it likely offsets will be forgotten and so either destroyed later, or put up a second time and thus double-counted.

Hehir cites one example where the department accepted offsets for damage to koala habitat in 2015 that did not meet its offset standards. After negotiations with the developer and involvement from the Minister’s office, the department accepted the offsets. Worse, the developer secured a futher non-complying offset for a second development in 2018, arguing for consistency with the previous decision.

Apart from politicisation and failure to protect the environment, this case reveals a significant legal issue. Under administrative law, a decision is invalid if it has regard to an “irrelevant consideration”. An offset in one development in 2015 is surely irrelevant to an offset in another development in 2018.

Offsets aside, the Auditor-General higlighted key risks such as high volumes of unapproved land clearing for agriculture, and non-compliance in residential and mining developments. The department had proposed actions to address the issues, but made no progress on them.

And the report found arrangements to monitor whether approval conditions had been met before work started on a project were inadequate, which “leaves the department poorly positioned to prevent adverse environmental outcomes”.

At the end of the day, the federal department doesn’t have the tools to distinguish whether an environmental effect is the result of its own regulations, or other factors such as state programs or extreme weather. Essentially, it doesn’t know if the Act is delivering any environmental benefits at all.

How did this happen?

The EPBC Act itself remains a powerful instrument. Certainly changes are needed, but the more significant problems lie in the processes that should support it: plans and policies, information systems and resourcing.

As I wrote last month, between 2013 and 2019 the federal environment department’s budget was cut by an estimated 39.7%.

And while effective administration of the Act requires good information, this can be hard to come by. For example the much-needed National Plan for Environmental Information, established in 2010, was never properly resourced and later abolished.

So while the audit office and the department might believe extensive government cuts are the underlying problem, neither can say so. I’m not excusing the department’s poor performance, but it must manage with what it’s given. When faced with critical audit findings, it can only pledge to “reprioritise” resources.

There is a small saving grace here. Hehir says the department asked that his report be timed to inform Professor Graeme Samuel’s 10-year review of the EPBC Act. Hehir timed it perfectly – Samuel’s draft report is due by tomorrow. Let’s hope it recommends comprehensive action, and that the final report in October follows through.

Beyond Samuel’s review, we need a national conversation on how to fix laws protecting our environment and heritage. The destruction of the Juukan rock shelters, unlawful logging of Victorian forests and the Auditor-General’s report are incontrovertible evidence the laws are failing.

I don’t believe we can lock nature up. But we must look after the things that enable nature to provide not just life, but quality of life. This includes a stable climate, our Indigenous and non-Indigenous heritage and the resilience that comes from nature’s richness and diversity. 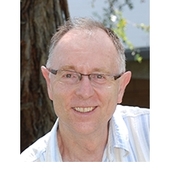 Peter Burnett was a senior public servant responsible for the management and reform of the EPBC Act during 2007-2012. In 2019 he co-authored an ANU report to the former Department of Environment and Energy concerning the use of information in environmental assessments, for which the university was paid.

The true value of income protection insurance for doctors

How Accounting Firms Have Adapted In A Post-COVID World

Motivation In The Workplace: Why Corporations Should Hire A Mental Health Speaker