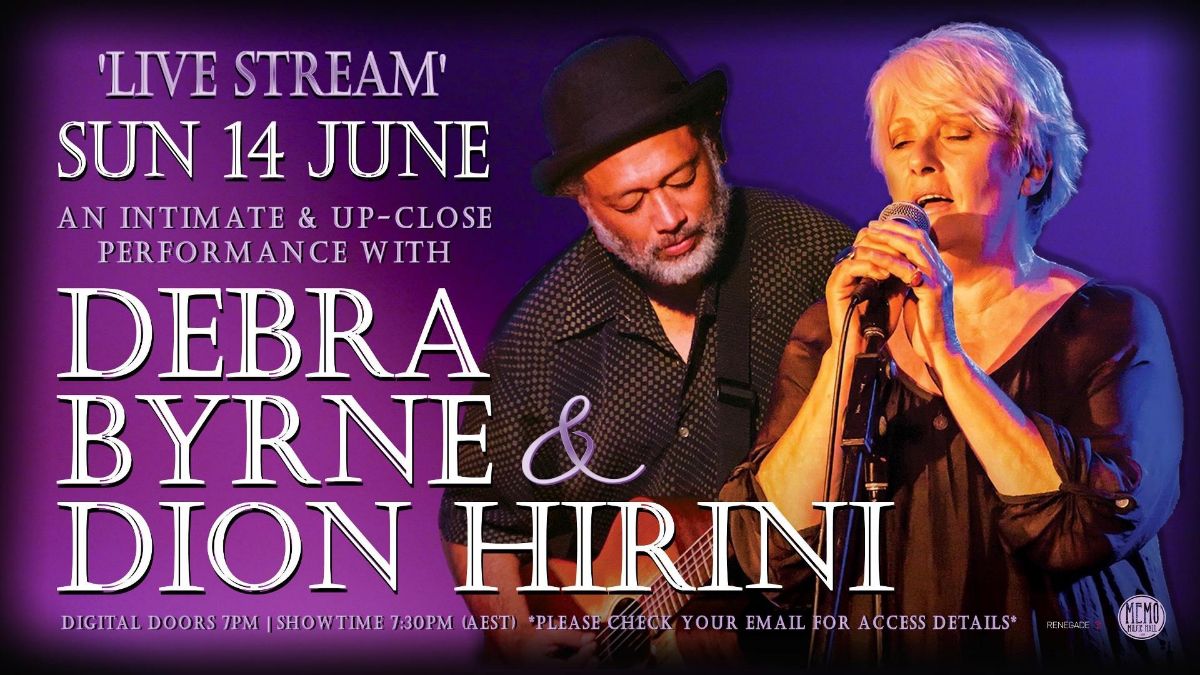 Debra Byrne is an Australian music icon.  At age 14 she was chosen as one of six original team members of Young Talent Time.  By the time Debra was 16 she had won a Logie and the Queen of Pop award and had a single at number one for seven weeks.   In the 80s she found her true home of musical theatre with roles in Cats, Jerry’s Girls, Les Miserables, Hot Shoe Shuffle and Sunset Boulevard. She has recorded three solo albums and starred in many Australian television series, most recently as Judy Moran in Fat Tony and Co.
More recently in sell-out seasons nationally and at The Arts Centre Melbourne, Debra has shared the stage with Vika Bull performing in the concert Tapestry, The Songs Of Carole King.

Born in New Zealand and raised in outback Australia Dion Hirini has accumulated an impressive list of national and international artists who have utilised his amazing musical talent. These include Westlife, Kasey Chambers, Paul Kelly, Tina Arena, Vanessa Amorosi, Merril Bainbridge and Vika and Linda Bull.