TAGG-Toorak Times
Home CONTRIBUTORS/BLOGGERS Is there a place for dogs in public spaces, or must they...

Who let the dogs out? I’m sure one of us did!

After all, dogs didn’t ask to be domesticated and live alongside us; we thrust that upon them. By forcing them to live as our companions, we must be responsible for their welfare. That is, unless we as a society subscribe to some primitive master-slave relationship between us and our companion animals.

Where animals do succeed in gaining rights, those rights exist only because we have let it happen. We as a species control the supply and distribution of rights. We grant animals certain rights simply because it was in our interests, at that moment, to act in favour of animals.

Dog ownership is hugely popular in Australia. For instance, my research estimates that Melbourne has at least one dog for every eight people: that’s a lot of dogs. Since humans invited (forced) dogs to join us in urban environments, we have a basic ethical obligation to face the consequences of our collective actions.

By commonly describing dogs both as being owned by and companions for people, we are essentially describing dogs as human accessories. Can a dog be a dog without their human companion? What individual identity is a dog entitled to? These questions ponder the inferior position of dogs in their pack.

Urban parks are a melting pot for human-dog interactions and a great place to explore attitudes towards planning urban places for dogs. In practice, urban parks are primarily designed with humans in mind. Urban parks are sites of contested uses, manifestations of conflicting community priorities and anthropocentric values.

All the while, dogs sit (and stay) along the edge of this debate. Dogs are important users of urban parks, but are clearly not important stakeholders. Whether an urban park can be safely negotiated by dogs is clearly not the primary consideration of planners.

Human luxuries, such as unfenced playgrounds and oversized sports fields, dominate the anthropocentric interests of planning urban parks. My research finds that these exclusive uses tend to exclude dogs (and perhaps others), rather than promote the sharing of a public resource.

Not in our backyard …

There is a common perception that dogs make a mess and increase maintenance and upkeep of urban parks, digging holes and leaving dog litter everywhere. Dogs are utterly incapable of taking responsibility for their own actions, let alone the actions of other dogs, and yet we punish all dogs because of the actions of a few irresponsible dog owners.

Do humans suffer the same fate? Of course not. We don’t generalise human misbehaviour in the same way as we do for dogs, nor do we show the same intolerance of human wear-and-tear. In other words, urban parks are intended for people.

When we do create “dog parks”, however, we typically locate them in remote places. Out of sight and out of mind, dogs can do whatever they like so long as it is “not in my backyard”.

The need for dog parks also goes curiously unchallenged in practice: are these parks for dogs, or are they really for the dog owners? How can we know what the needs of dogs actually are?

And so who let the dogs out?

The answer to this question is simple, but the ethical consequences are only too real. As Melbourne is tipped to exceed seven million people in the next couple of decades, increasing demands will be made of its precious urban parks. And with seven million people, how many dogs will there be?

Dogs are a polarising force in the community and more people will bring more dogs into higher-density communities. The problem of dogs in urban parks and the public realm more broadly is here to stay. Resolving it will become more critical in years to come.

Understanding our own human inclinations ought to help us plan better urban spaces for both humans and dogs alike. 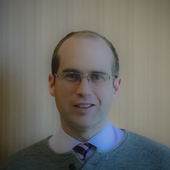 Supermarkets claim to have our health at heart. But their marketing...

As Minneapolis burns, Trump’s presidency is sinking deeper into crisis. And...