Until COVID-19, few people knew anything about Australia’s chief medical officer or the state and territories’ chief health officers. Now they are front and centre of the news cycle.

But media coverage misses the nuances of the role. We see people with particular skills and personalities. Yet, each of the offices and officers is embedded in a particular institutional and historical context, which drives their role.

We are involved in an international study to look at their role during the pandemic in Australia, New Zealand, the United Kingdom and Canada. Here’s what we’ve found so far from the Australian data.

Remind me, who are they?

In Australia, the chief medical officer, Paul Kelly, is the principal medical adviser to the federal health minister and health department. So he has the overarching bureaucratic responsibility for Australia’s federal health response to the pandemic.

For the states and territories, the chief health officers have that overarching responsibility.

COVID-19 has seen all assuming regular slots in press conferences. They are constantly under the microscope of the millions of epidemiologist wannabes.

South Australia's Chief Public Health Officer urged the crowd to duck and avoid the ball after Collingwood players got an exemption to play the Crows in Adelaide. pic.twitter.com/0YaGiao97N

COVID-19 has shown how contested their roles are. Are they public servants who act on behalf of the government? Or ought they be independent from politics, shaping policy to protect public health? Or must they balance the contradictions that come with being both a health professional and a public servant?

Their legal powers can help or hinder

Legislation in each jurisdiction gives the chief health officer varying degrees of institutional power. This not only affects their role, but how outbreaks are defined and managed.

Qld gives its chief health officer the most power (possibly the most, even internationally). This is partly due to also serving as deputy director-general (a senior position in the bureaucracy). Qld’s chief health officer is also the final decision-maker on public health restrictions (most notably borders) “in consultation” with the premier. NSW also holds the director-general position but the premier is the final decision-maker.

#ANALYSIS: A position of extraordinary power: How much longer will Queensland's Chief Health Officer be calling the shots? https://t.co/dIeEKw7yZP

In comparison, Victoria’s chief health officer has neither the deputy director-general role nor “controller” oversight of emergency procedures.

An inquiry into Victorian hotel quarantine concluded this prevented the chief health officer from fulfilling the “controller” position. As a result, certain infection control details were overlooked, resulting in the outbreak that led to the state’s second wave.

The chief medical officer at the federal level has arguably the least legislative power of all given the jurisdictional autonomy of the states. The power of this role during the pandemic has mainly come through chairing the national committee of state and territory chief health officers.

Chief medical and health officers work at the interface of politics, policy and health evidence. They are unelected, yet are accountable to ministers, the premier and parliament. They work with the relevant secretaries and ministerial offices.

Whatever their remit, ultimately the buck stops with them. As we’ve seen under COVID-19, they have the power to “stop the nation”.

However, our analysis provides practical insight about how health evidence during the pandemic intersects with political realities.

They must be strategic and media savvy

These officers work within formal pathways to gather and interpret the best available evidence, from say, the Australian Technical Advisory Group on Immunisation.

But communicating evidence is an entirely different matter. More than acting as “honest brokers” of evidence to policy, their use of evidence needs to be strategic if they are to have influence. And this requires political acumen.

Elected politicians need to be seen to be in control. When presenting evidence, not all of which will be popular, chief health and medical officers need to anticipate political responses.

They must also be media savvy. The much-watched daily COVID-19 press conferences (recently disbanded in NSW) are well orchestrated. In times of crisis, clarity of messaging is as important as evidence. Image is too. Displaying collegiality across government is necessary visual messaging despite robust negotiations behind the scenes.

They must be bureaucrats, networkers

As public servants, chief health officers must be excellent networkers and departmental managers. They delegate authority while holding ultimate responsibility for their legislated role.

In their agencies each has put into place management systems to deal with the complexities of the pandemic. Their networks extend to other sectors and agencies. For example, one chief health officer we interviewed explained having to unexpectedly collaborate closely with the police enforcement of public health restrictions.

Quarantine is under the constitution a federal government responsibility but was agreed to be managed at state level. This source of outbreaks challenged the effectiveness of chief health officers because the mix of public and private involvement compromised effective quarantine management.

Relationships with other chief health officers matter. The virus does not respect state boundaries, however much political leadership claims the contrary.

The media may not report this. Qld CHO Dr Jeanette Young & NSW CHO Dr Kerry Chant are in daily contact over any issues. #qldpol #nswpol pic.twitter.com/Qi1gO56UwP

Collective decisions, often with massive ramifications, must be made. Trust in the skills and decision making of fellow chief health officers in different jurisdictions is fundamental.

Experience helps, demonstrated by those in NSW and Qld who have held the role the longest. But being relatively new brings dynamism. The early goal of zero transmission was championed by a chief health officer with less experience.

An unprecedented pandemic has thrust previously faceless bureaucrats and their representatives onto our screens and devices in ways unimaginable even two years ago.

Ultimately, chief health officers have shown they need to balance the mix of public servant and health professional with a nuanced approach to politics. 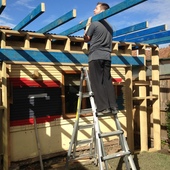 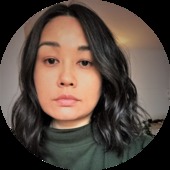 Patrick Harris receives funding from CIHR on a joint project with Canadian and Scottish colleagues called “Senior public health leadership during the 2019 novel coronavirus outbreak: Comparative approaches to mitigating the spread of infectious disease and its social consequences in Canada and abroad” . Patrick is the President of the NSW Branch of the Public Health Association of Australia.

receives funding from CIHR on a joint project with Canadian and Scottish colleagues called “Senior public health leadership during the 2019 novel coronavirus outbreak: Comparative approaches to mitigating the spread of infectious disease and its social consequences in Canada and abroad.

Evelyne de Leeuw receives funding from CIHR on a joint project with Canadian and Scottish colleagues called “Senior public health leadership during the 2019 novel coronavirus outbreak: Comparative approaches to mitigating the spread of infectious disease and its social consequences in Canada and abroad”