Ancestral Remains of First Nations people were once stolen for trophies. Now they will have a national resting place

In early January, the prime minister and minister for Indigenous Australians announced their government would build a National Aboriginal and Torres Strait Islander Cultural Precinct. The precinct will be known as “Ngurra”, a word meaning home, a place of belonging, inclusion.

The Ngurra precinct will encompass a new National Resting Place. The Resting Place will serve as a site for the care of Ancestral Remains returning from collections in Australia and around the globe whose cultural groups are unknown and are unable to make the journey home to Country.

The National Resting Place will be unique in the world, incorporating aspects of a memorial, repository, educational facility and research institute, but transcending all of these. For Indigenous people, it will provide an Indigenous-centred place to visit, care for and honour Ancestors.

The National Resting Place will also provide an opportunity for non-Indigenous Australians to reflect on the history and impact of their knowledge systems, laws, moral standards and practices in relation to Indigenous peoples.

Read more: Mungo Man returns home: there is still much he can teach us about ancient Australia

The Ngurra Precinct has the potential to be transformative in assisting our nation to discover a new perspective on what it means to be Australian.

As Ken Wyatt is the first Indigenous person to occupy the position of minister for Indigenous Australians, this is a significant legacy of his tenure. The National Resting Place is also a culmination of the work by generations of Indigenous peoples to stop the theft of bodies and advocate for the repatriation of thousands of remains stored in institutions around the world so they can be returned home.

Why a National Resting Place for Ancestral Remains?

Over a period spanning more than 200 years, Indigenous remains were collected as trophies of empire, in the interest of science and anthropology, and as “curios” of a supposedly dying race. Thousands of Ancestral Remains were exhumed without the consent of their descendants, in practices that went against the laws and moral codes for the treatment of deceased Europeans.

Historical reasoning for the collection of Ancestral Remains in Australia include:

From 1770 onwards, the collection of Aboriginal remains was informed by ideas aligned with science and “discovery”. The collection and classification of people, plants and animals that occurred on expeditions of scientific discovery and empire expansion contributed to ideas of European “superiority”.

Aboriginal bodies also became “trophies of empire”. Leaders of First Nations’ resistance, such as the Pemulwuy and Yagan, were beheaded and their heads were sent to the United Kingdom. First Nations peoples’ Ancestral Remains were displayed by some frontier families on mantlepieces or used as cranial sugar bowls and ashtrays. The perception of Ancestral Remains as “rare” also contributed to their appeal to collectors and their market value in auction houses, where they were viewed as commodities.

The increase in collecting First Nations peoples’ remains from the 1850s was also propelled by the rise in racial “science”. Overseas interest in Ancestral Remains stemmed largely from notions of a hierarchy of race, which perceived Indigenous Australians to be at or near the bottom of the racial order.

This mindset continued to cause harm throughout the 20th century. Despite growing condemnation of racial “science”, collecting of Ancestral Remains continued after the second world war.

Read more: Will your grandchildren have the chance to visit Australia’s sacred trees? Only if our sick indifference to Aboriginal heritage is cured

In the wake of the second world war, atrocities committed in the name of science and eugenics reverberated throughout scientific institutions. Collections of Ancestral Remains had been carefully classified before. But after the war, they were bundled together in crates and boxes. This contributed to a further loss of the provenance and records of Ancestral Remains.

From around the late 1980s, Aboriginal remains held in collections were defended on the grounds they were of scientific interest. Breakthroughs in dating technologies offered the possibility of extracting scientific information about human evolution over longer timeframes, and the human genome project sought to provide a complete genetic blueprint of humanity.

Where earlier interest in Ancestral Remains sought to prove theories of evolution and racial hierarchy, scientists from the late 20th century argued their research would prove beneficial for the entire human race.

A key debate emerged in this period between some scientists and Indigenous people, who asserted their right to bury their ancestors.

By the 1970s, Aboriginal people were organising locally and nationally for land and a “rightful place” in the political life of the nation.

Independent Aboriginal organisations such as the since-disbanded Aboriginal and Torres Strait Islander Commission (ATSIC) and the Foundation for Aboriginal and Islander Research Action (FAIRA) were critical in advocating for the return of Ancestral Remains.

Calls for repatriation posed significant provocations to the history, role and purpose of collecting institutions. This led to the development of protocols and policies guiding repatriation in the 1980s.

The return of Ancestral Remains is now widespread, with many repatriations negotiated with community and family of origin. However, many remains are yet to find their way home. The precise number of Ancestral Remains in institutional and private collections has been difficult to determine.

Collections continue to be revealed, with recent information coming to light about Ancestral Remains in India and Russia, along with unknown numbers held in private collections around the world. Recent research commissioned by AIATSIS, and yet to be published, counted tens of thousand of remains awaiting return from public institutions in Australia and the world.

Removed Ancestral Remains are powerful reminders of the historical dehumanisation, objectification and commodification of Indigenous peoples. The National Resting Place will enable this story to be more fully understood.

The story of the ideas and practices that informed the stealing of Indigenous bodies, as well as the long struggle by First Nations peoples to bring their Ancestors home, will finally gain national recognition through the Ngurra precinct. 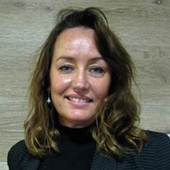 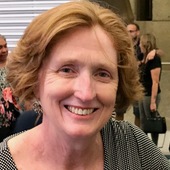 Heidi Norman received funding from AIATSIS to write a history of the ideas for a national resting place. She is a member of AIATSIS and on the editorial board of their journal, Australian Aboriginal Studies (AAS).

Anne Maree Payne received funding from AIATSIS to examine truth-telling and the National Resting Place in the context of public infrastructure around the world dealing with trauma and respecting the deceased.

Guest Author
Share
Facebook
Twitter
Pinterest
WhatsApp
Linkedin
Email
Print
Previous articleSaving Money on Industrial Vacuum Motors in Australia
Next articleThere have always been arguments about who gets what: the surprising history of Australia’s honours system