Prime Minister Scott Morrison has declared Australia will withdraw its remaining 80 troops from Afghanistan by September, marking the end of its longest involvement in a war.

The path to this point has appeared inevitable for years. Ten years ago, journalist Karen Middleton highlighted the futility of the counterinsurgency campaign in her aptly-titled book, An Unwinnable War.

Back in 2001, it all seemed so different. Only weeks after the September 11 attacks, Australian special forces deployed to southern Afghanistan alongside US, Canadian, British and other NATO troops to defeat al-Qaeda, who was hosted by the then-Afghan government, known as the Taliban.

After dusting off their boots and leaving in early 2002, Australian forces were drawn back in 2005 with a special forces task group. This was followed by an engineering reconstruction task force that over time morphed into a mentoring task force, intended to help the Afghan national security forces establish law and order.

But without a clear strategy for effective governance and widespread corruption, the Taliban returned with a vengeance. The mentoring created opportunities for so-called “green on blue” attacks, which contributed to the deaths of a number of Australians.

By 2014, 41 Australian soldiers had been killed. Many understandably wondered: was it worth it?

Australian politicians and policy makers were always risk-averse about the commitment. Eager to avoid casualties on the scale of Australia’s involvement in the Vietnam War (where 500 Australians were killed), successive governments opted to make niche contributions that relied on critical support and leadership from US and other allies.

But never wanting to manage everything itself left Australia vulnerable.

For example, Australia handed detainees to Afghan authorities who, soon enough released them. Some of these, it appears, ended up fighting against Australians again.

With special forces, in particular, undertaking rotation after rotation, operating without a compelling strategy and running into such characters repeatedly would have tested their resolve to operate ethically. In this context, it is not surprising their actions have generated enormous controversy addressed in the Brereton Report.

Defenders of Australia’s engagement in Afghanistan reflect on how the operational experience has honed the force. It enabled the components of the Australian Defence Force to sharpen their skills, refine their procedures and improve their capabilities. This includes the acquisition of advanced American military technology seen as crucial for an (at least partly) self-reliant defence posture for Australia.

Having a capable and sharp-edged defence force is a worthy goal. The question still remains whether the price was justified.

Back in 2001, the so-called “unipolar moment” — with the US as an unchallenged superpower — seemed enduring. Two decades later, a three-pronged series of challenges relating to great power contestation, looming environmental catastrophe and a spectrum of governance challenges (including terrorism, people and drug smuggling, and corruption) suggests the Afghan project distracted many countries — including Australia — from addressing other more pressing global issues.

There were other options

This does not mean the complete withdrawal was the only possibility. There could have been a compromise arrangement to protect the rights of women and institutions of Afghan civil society. This would have required buy-in from neighbouring states including the “stans”, India, Russia, China and Iran, let alone the invested European powers.

But Biden’s declaration of withdrawal has emboldened the Taliban and makes any such outcome now virtually impossible to secure. Indeed, with al-Qaeda and the so-called Islamic State resurgent, we may come to deeply regret not persisting with maintaining a modest foothold there, akin to the level of support provided by NATO that has endured in the Balkans for decades since the war broke out there in the 1990s.

Most of our work now lost

As we look back, Australia did work to improve the lives and livelihoods of the people of Afghanistan, particularly in Uruzgan province, where Australian forces were stationed from 2005—2013.

Afghan people are the third-largest #refugee group in the world (after Syrians & Venezuelans) and almost 22% of the 46,000 Afghanistan-born people in Australia are Hazara. Today is a day to check in on how they've been treated here, by @rebekahhlt @SBSNews https://t.co/7djEo2WKTd

However, most of that work has now been lost and many of Australia’s interlocutors there killed, intimidated into submission or chased away. Some, thankfully, have made it to Australia as refugees.

We owe it, particularly to those who worked with Australia, to offer them a better future, including by inviting them here and welcoming them, much as we, belatedly, took in refugees fleeing from Vietnam after that war ended.

Meanwhile, in Australia, the price is still being paid for an incomplete strategy, with ongoing trauma for our veterans and their families and lives being lost. 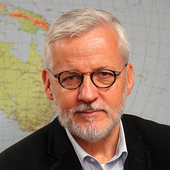