Home BODY/SOUL/SPIRIT HEALTH/MEDICINE Health Check: what caused my stye and can I get rid of...

Many of us will have a stye in our lifetime. While they can be quite sore, the concern for most is the aesthetics of a swollen and red eyelid, especially as it’s hard to cover up something on your eye.

So what is a stye, and what causes them?

Styes occur when glands on the eyelid become blocked and infected. This infection is usually caused by common bacteria that reside on the lids, such as one you’ve probably heard of called Staphylococcus aureus (of Golden Staph fame).

When these glands become infected, the oils they secrete, which usually have a smooth olive oil consistency, become thick and waxy and resemble more of a toothpaste-like texture. This obstructs the glands and they fill up, and more bacteria can grow. It’s a similar process to when pimples form on your skin.

There are actually a number of conditions that may be considered under the colloquial umbrella of a stye: an acute infection called a “hordeolum”; and a long-term, inflammatory response called a “chalazion”.

You will know which of these two forms of lid bumps you have because the acute hordeolum is rather painful, red and may feel hot to the touch, but it will resolve within a few weeks. Whereas a chronic chalazion appears as a firm lump which is a only a little uncomfortable but annoyingly doesn’t seem to go away for months.

Although styes are very common conditions, and anecdotally are the most common infection of the eye and the structures that surround the eyes, the prevalence for these conditions is not actually known.

Acute styes can be further categorised as either external or internal. External hordeola are infections of the glands that sit right next to your eyelashes and they look exactly like a little pimple on your lid.

Internal hordeola are infections of the Meibomian glands, which are the glands responsible for contributing oil to our tears. These glands are located in a firm plate inside the lid and when they swell they can rub against sensitive parts of our eyeball causing double discomfort; both in the lid and on the front surface of the eye.

Chalazia, the chronic form of styes, develop when the Meibomian gland becomes blocked but not infected. The secretions that build up in the gland may become surrounded by immune cells to form a solid, cyst-like lump. So while chalazia may be large and lumpy, and last for months, they are not overly painful or red – because they’re not infected.

Hordeola, the acute styes, will resolve spontaneously. The smaller external hordeola will usually resolve within seven to ten days; just like a pimple it will pop, sometimes spectacularly, giving almost instant relief. Don’t try to pop them yourself though, this risks causing scarring and may promote further blockage in future.

The internal stye takes longer to resolve and usually the pain and redness is sufficient to get you to see an optometrist, GP or ophthalmologist.

They will probably suggest hot compresses and gentle lid massage to soften the material trapped in the gland and encourage it to come out of the gland opening.

Chalazia, while generally only mildly irritating, may cause concern due to their cosmetic appearance. If these benign lumps bother you they can be treated with hot compresses and massage, or minor surgery.

Studies have attempted to look at hot compresses (to encourage blood flow to speed up the body’s natural immune response to infection), lid scrubs (to remove bacteria and oily secretions) and topical antibiotics as treatments, but they were unable to establish any superiority over placebo.

One study by Thai ophthalmologists found warm compresses are the most commonly prescribed treatment (91% of cases) whereas oral antibiotics are rarely used (only in 2.4% of cases).

If you notice you’re developing a stye, using warm compresses and gently massaging the lid with clean hands (from the centre to the outside where the gland openings lie) is the most sensible treatment, but it could also be just as effective as leaving it alone.

If the stye has not resolved within two weeks, see your optometrist, GP or ophthalmologist who can discuss further treatment. A short course of antibiotics might be needed to encourage the infection and inflammation to subside.

How can we avoid styes?

People with certain skin conditions (such as eczema) may be more prone to styes, but generally they’re best prevented by keeping the eyelids clean. A stye is just a blocked gland duct, like a pimple, so just like avoiding pimples, keeping your skin clean and clear of excessive oils or grime that might block the ducts is the best prevention.

So, clean off eye makeup before bed to keep the gland opening from blocking. Use dedicated hypoallergenic lid cleaners if you are sensitive to other cleaners. Change eye makeup a few times a year to prevent it harbouring bacteria and don’t share facecloths or similar with someone who has a stye.

Anything else to look out for?

Styes are common and unlikely to cause other problems so for the vast majority of people there’s nothing else to worry about. In very rare circumstances tumours such as cutaneous squamous cell carcinomas present as masquerades for chalazia.

If you have what you think is a chalazion but after a few months it hasn’t gone away, see your optometrist, GP or ophthalmologist who can examine, take a photograph and monitor or even biopsy the lesion to rule out the remote possibility of carcinoma.

Also very rarely, the infection from a stye can spread from the glands and into other lid structures or even the eyeball. So if a stye is not getting better, you feel unwell or your vision is affected, see your optometrist, GP or ophthalmologist immediately. 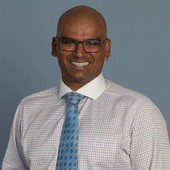 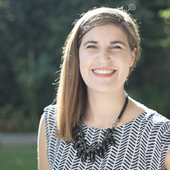 Why victims of crime deserve a say in whether offenders are...

How is oxygen ‘sucked out’ of our waterways?

The thinking error at the root of science denial

Dogs’ sensitive noses may be the key to early detection of...