We are four months into a global virus outbreak, and public health awareness could well be at an all-time high. Which is why it is astonishing to discover that 92% of Australians don’t know the difference between a viral infection and a bacterial one.

The statistic comes from a survey carried out by CSIRO in March to inform our work on the OUTBREAK project – a multi-agency mission aimed at preventing outbreaks of antibiotic-resistant bacterial infections.

Our survey of 2,217 people highlights a disturbing lack of knowledge about germs and antibiotics. It reveals 13% of Australians wrongly believe COVID-19, a viral disease, can be treated with antibiotics, which target bacteria.

Read more: Five of the scariest antibiotic-resistant bacteria in the past five years

More than a third of respondents thought antibiotics would fix the ‘flu or a sore throat, while 15% assumed antibiotics were effective against chicken pox or diarrhoea.

While 25% of those surveyed had never heard of antibiotic resistance, 40% admitted having taken antibiotics that didn’t clear up an infection. And 14% had taken antibiotics as a precaution before travelling overseas, despite this being unnecessary and ineffective for warding off holiday ailments.

Fuelling the rise of superbugs

The results are deeply worrying, because people who do not understand how antibiotics work are more likely to misuse or overuse them. This in turn fuels the rise of drug-resistant bacteria (also known as “superbugs”) and life-threatening infections.

While COVID-19 has brought the economy to its knees, superbugs pose economic challenges too. Australian hospitals already spend more than A$11 million a year treating just two of the most threatening drug-resistant infections, ceftriaxone-resistant E. coli and methicillin-resistant MRSA.

Without effective antibiotics, thousands more people will die from sepsis and people will be sicker for longer, slashing the size of the workforce and productivity. By 2050, drug-resistant bacteria are forecast to cost the nation at least A$283 billion and kill more people than cancer.

Read more: How common are superbugs in Australia, and what do we do when the antibiotics don’t work?

One crucial way to stop this is to improve public understanding of the value of antibiotics. Antibiotics that lose their effectiveness are very difficult to replace, so they need to be treated with respect.

Almost all today’s antibiotics were developed decades ago and, of the 42 antibiotics under development worldwide, only five are considered truly new, and only one targets bacteria of greatest drug-resistance concern.

No time to waste

We don’t know the full impact of drug-resistant bacteria in Australia. With about 75% of emerging infectious diseases coming from animals, there is no time to waste in getting a better understanding of how superbugs are spreading between humans, the environment and animals. That’s where the OUTBREAK project comes in.

This network, led by the University of Technology Sydney, uses artificial intelligence to analyse an immense amount of human, animal and environmental data, creating a nationwide system that can predict antibiotic-resistant infections in real time. It maps and models responses and provides important information to doctors, councils, farmers, vets, water authorities, and other stakeholders.

OUTBREAK offers Australia a unique opportunity to get on the front foot against superbugs. It would save millions of lives and billions of dollars, and could even be scaled globally.

Alongside this high-tech response, we need Australians to get to know their germs, and stop taking antibiotics unnecessarily. Without antibiotics, we may find ourselves facing a host of new incurable diseases, even as the world grapples with COVID-19. 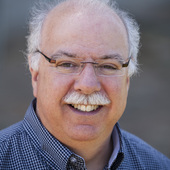