10 million animals are hit on our roads each year. Here’s how you can help them (and steer clear of them) these holidays

Last month I came across a heartbreaking sight: a group of people standing around a young female kangaroo with horrific injuries. She appeared to have been hit by a car and had dragged herself away, only to collapse into our local creek.

A police officer had gently lifted her out to the bank where her injuries became apparent. A shattered leg, broken arm, and bruising indicating massive internal trauma. She was panting – exhausted and in pain. Fortunately, she had no young joeys in her pouch.

I offered my help as a wildlife specialist. This was a tragic, but common scenario. An estimated 10 million animals are hit on Australian roads every year.

Australia’s road toll is so high it threatens whole species. Road mortality is the second biggest killer of endangered Tasmanian devils with around 350 killed every year, and the biggest cause of death of adult endangered cassowaries in Queensland.

The holiday season is upon us and people are now able to travel to see family and friends again. This means the unusually-quiet roads during COVID-19 lockdown — which may have lulled wildlife into a false sense of security — are frighteningly busy. So here’s how you can be wildlife-aware this December.

As Australia’s population expands, wildlife are pushed into smaller areas, with more roads criss-crossing their habitats. The most visible victims of road expansion are larger mammals such as possums, wombats, kangaroos and koalas. However, millions of smaller animals including echidnas, birds, reptiles and frogs are also injured or killed each year on our roads.

The vast majority of insurance claims for animal collisions involve kangaroos, with wallabies and wombats the next most frequent. Smaller animals often go unreported or unnoticed.

Humans are also at risk in these collisions. Every year people crash their vehicles hitting, or trying to avoid hitting, animals on the road, with 5% of fatal accidents caused by collisions with animals. Of those, 42% tried to swerve to avoid the animal. Those who do hit wildlife may also suffer serious injuries, with motorcyclists  particularly at risk.

Bracing for a new wave of admissions

There are a number of aspects that increase the wildlife road toll: better road conditions leading to faster driving, young animals dispersing for the first time, higher movements during drought or after fire as animals seek food, water or shelter, breeding season movements in spring-summer, and longer periods of darkness over winter.

Read more: Conservation scientists are grieving after the bushfires – but we must not give up

Some animals may be hit trying to help a fallen friend or juvenile, as I have seen in galahs and ducks. Others may be hit while feeding on carcasses on the road, like wedge-tailed eagles, owls and Tasmanian devils.

Now, as the holiday season begins after months of reduced travel, wildlife hospitals are braced for a new wave of admissions.

How do you avoid a crash?

Be aware that large marsupials such as wombats, wallabies and kangaroos are most active at dawn and dusk. However, many birds, lizards, snakes and echidnas move during the day. At night, others like frogs, possums, quolls and devils start to roam.

Wildlife warning signs are only installed in high danger areas, so always pay attention to them. Try to limit your travel between sunset and sunrise, especially near forested or high wildlife areas. If you must drive, stay within the safe speed limit and slow down in areas with wildlife.

Use high beam headlights when safe and watch the sides of the road carefully — animals can often be seen ahead before they flee in front of a vehicle. As you approach the animal, return to normal headlights to avoid dazzling them or causing erratic behaviour.

What to do if you see an injured animal?

First, always ensure you are safe. Stop in an easily seen location away from traffic, use your hazard lights and if possible wear bright clothing. Remember, injured animals may be frightened and in pain, and some could be dangerous if approached.

In emergency cases, where the animal’s injuries are obvious, some can be carefully caught and wrapped in a towel, then placed in a well-ventilated, dark and secure box for quiet transport to wildlife veterinary hospitals for care. The links above give tips on how to handle some wildlife emergency cases where needed.

I always travel with towels, pillow cases and gloves in my car in case I find an animal in need. You can check animals found by roads for injuries, and surviving young in pouches.

But it’s important you do not approach potentially dangerous animals like snakes, monitor lizards (goannas), bats (flying-foxes or microbats), large macropods (kangaroos or wallabies) or raptors (eagles or hawks). Instead, call and wait for trained and vaccinated rescuers. Wildlife Victoria, for example, assisted 6,875 animals hit by vehicles in 2019 alone.

In Tasmania, where an estimated 500,000 animals are hit on roads every year, a Roadkill Tas App is identifying road kill hot spots to assist research and conservation efforts.

In high kill areas, virtual road fences are being trialled. These posts are activated by car headlights at night and produce sound and light to frighten animals away from the road before a vehicle arrives.

Other areas use tunnels under the road, or overpasses to help wildlife cross safely.

If you know of dangerous areas for wildlife, contact your council to see if warning signs or ways to help wildlife can be installed.

In the case of my poor little injured kangaroo last month, I worked with the police to make the difficult, but only, decision possible with such traumatic and untreatable injuries. As she was put out of her misery, I thought of all the wildlife hit by cars and left to die.

We can all do our part. Slow down, watch for wildlife, and avoid travel between dawn and dusk. Remind friends, family and tourists to watch for our wildlife. If you do hit an animal, or see one on the road, please stop to help and check pouches if safe. A tiny life may be waiting for your help these holidays.

If you see an injured animal on the road, call Wildlife Rescue Australia on 1300 596 457, or see the RSPCA injured wildlife site for specific state and territory numbers. 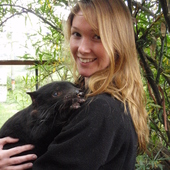