In October, the Canadian province of British Columbia passed legislation requiring parliament to align its laws with the UN Universal Declaration on the Rights of Indigenous Peoples.

Back in 2007, Canada was one of four countries – with New Zealand, Australia and the United States – that opposed the adoption of the declaration, even though 144 states voted in favour.

The opposing countries were concerned the declaration could give indigenous people more political rights than other citizens.

Australia and Canada were worried non-indigenous commercial development of indigenous lands would require the indigenous people’s “free, prior and informed consent”. They thought this was a right of veto over the public interest.

New Zealand believed the declaration would undermine settlements reached under the Treaty of Waitangi and would introduce new political rights, adding further complexity to the relationship between Māori and the state.

British Columbia’s law is instructive for New Zealand, which accepted the declaration in 2010 and earlier this year promised to implement it in relation to Māori.

In 2012, Canada’s Truth and Reconciliation Commission recommended that governments adopt all of the declaration’s provisions. By 2016, all four opposing countries had come to accept it as at least an aspirational document.

Australia has not taken any steps to work out what these aspirations could mean. At the very least it would have ensured good faith negotiations over the Adani coal mine, which is proceeding against the wishes of the Wangan and Jagalingou people in Queensland.

Read more: Indigenous people no longer have the legal right to say no to the Adani mine – here’s what it means for equality

Certainly, the Queensland government could not have simply extinguished Wangan and Jagalingou title to the land to give Adani freehold title.

Accepting the declaration as a general statement of principle would also require Australia to engage seriously with indigenous claims for a Voice to Parliament.

In Canada, legislation similar to the law passed in British Columbia is planned in the Northwest Territories.

As well as bringing provincial laws into alignment with the declaration and requiring the development of an implementation action plan, the British Columbian law requires:

An overarching priority is to include First Nations’ people in public decision-making and economic development, especially in relation to natural resources.

In significant contrast with Australia, where governments positioned the Wangan and Jagalingou people’s opposition to the Adani mine as a self-centred obstruction of the public interest, the president of the Tahltan First Nation and the chief executive of the Canadian Association for Mineral Exploration published a joint opinion piece arguing that the new law brings “clarity and certainty for investment in British Columbia”.

Read more: As the federal government debates an Indigenous Voice, state and territories are pressing ahead

The Canadian minister of indigenous relations and reconciliation said the legislation “is about ending discrimination and conflict – and instead ensuring more economic justice and fairness”.

The regional chief of the Assembly of First Nations in British Colombia argued “it’s about coming together as governments, as people seeking to find common ground”.

Human rights not a gift from government

While it is true that the British Columbian legislation offers significant acceptance of human rights of First Nations people, the process is still led by government. It is not clear what new possibilities will emerge for significant First Nations policy leadership.

But the declaration is explicit. Human rights belong inherently to indigenous peoples. They are not a gift from the government.

The law leaves the question of “free, prior and informed consent” uncertain. The Assembly of First Nations in British Columbia has accepted there is no right of veto – just an expectation of good faith negotiations.

The Business Council of British Columbia expects there will be a definite limit to the rights recognised through the new law. It said:

The government has been clear today that this is not a veto and that they [the government] retain the right for decision making and we will hold them to that obligation.

It is too soon to say what insights the British Columbian experience might raise for Australia and New Zealand. It could raise unrealistic indigenous expectations or actually secure indigenous authority over their own affairs by bringing laws into harmony with the declaration. It could also ensure the equitable participation of First Nations people in public affairs.

The implementation action plan, like the one proposed in New Zealand, and judicial interpretations will tell whether the British Columbian law will become a measure of substance. The law is a statement of commitment – but not a guarantee.

In New Zealand, the declaration does not necessarily add anything to the Treaty of Waitangi.

But it does give context to the treaty’s rights and gives them international authority. It is an international benchmark for comparing and assessing the rights claimed under the treaty – and for thinking beyond its principles. 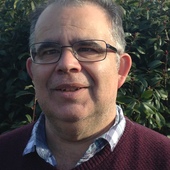