The coming decades represent an era of uncertainty for Australia’s cemeteries. They also present an opportunity to reflect on what our public cemeteries could and should be.

Our cemeteries are running out of space, with more Australians dying than ever before. As a result of a growing and ageing population, the country’s annual death count has more than doubled since 1960. It will double again by around 2070.

Unlike other real estate, cemetery space is largely a non-renewable resource. Many European countries lease grave sites for a limited period, but most Australian states and territories stipulate that each burial must be preserved in perpetuity. New South Wales has introduced a system of opt-in 25-year leases.

Some intercity cemeteries have been closed to new burials for decades. Demands on cemeteries as green spaces for leisure and recreation, as well as commemorating the dead, are also growing.

Harkness will shape how Australians live and die for many generations to come. And it is an opportunity to imagine a new future for death in Australia.

We are investigating these issues as members of The Future Cemetery project team, in partnership with colleagues at the University of Melbourne, Oxford University and the Greater Metropolitan Cemeteries Trust. Shortly before the COVID-19 pandemic, we conducted two studies:

Read more: Buried beneath the trees: a plan to solve our shortage of cemetery space

How cemeteries are changing

Changes in demography, religious affiliation and technology, among other factors, shape public attitudes to how the dead should be treated.

The demographic trend is reasonably clear. Australia’s population is projected to grow strongly in coming decades (despite the effects of the coronavirus). This growth is driven mainly by high net overseas migration.

Australia’s religious diversity will likely increase, too. Christianity is projected to become a minority religion by 2050 for the first time since European colonisation, and the population of religiously unaffiliated is growing. The preference for burial or cremation within Australia’s diverse communities has a particular marked impact on future cemetery design.

Technology could also revolutionise cemetery design. New methods for treating human remains, such as recomposition (“human composting”), alkaline hydrolysis (“water cremation”) and natural burial, could alter the volume and kinds of remains that end up in cemeteries. Other technologies could change how we see the cemetery, from augmented-reality historical tours to remote grave visits through 3D drone photography.

Five visions of the future cemetery

The co-design workshop’s five models are:

Each of these models is a hypothetical – no cemetery in the near future is likely to follow a single model to the exclusion of all others. However, they point towards the differing options cemetery designers have to think about when planning for the next 100 years.

How do Australians see cemeteries?

Australians appear to be relatively open to considering new concepts for the cemetery.

In our national survey, two-thirds of respondents disagreed with the idea that “the cemetery should only be for the interment and memorialisation of the dead”. About a third of respondents supported the use of cemeteries as nature reserves to conserve plants and animals. Similar numbers agreed that a cemetery would be a good place to learn about historical and philosophical issues.

Leisure activities at the cemetery, such as exercise classes, picnics and concerts, attracted much less public support. And conspicuous technologies such as drones and virtual reality systems proved a bridge too far for most.

Most notable was a lack of strong feelings – positive or negative – about many of the proposals for the future cemetery. This suggests to us that, given taboos around death, Australians rarely have the chance to consider the cemetery and its potential uses. We are perhaps open to considering new technologies and ideas for the cemetery, as long as they are implemented respectfully and do not disrupt the fundamental need to mourn the dead. 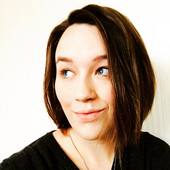 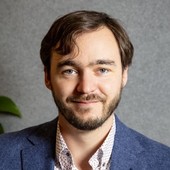