Have you ever looked up at the night sky and wondered what it all means? You are not alone. Billions of people before you have done the same. Looking at the stars to make sense of the universe, and our lives on Earth, extends back many tens of thousands of years, across all cultures.

A new 360 degree immersive film, Star Dreaming, set to screen around Australia and internationally, draws on our common wonder about the universe, exploring ancient culture and astrophysics, side by side.

In Australia, the world’s longest continuous culture can also claim to provide some of the first astronomers. Indigenous Australians attach rich meaning to the night sky, and its connection to the land and our environment.

Also in Australia, much more recently, astrophysics has become one of the nation’s most successful and prominent sciences. In Western Australia, one of the world’s largest astronomy projects is being hosted, the Square Kilometre Array (SKA).

On the land of the Wajarri Yamaji people, in mid-west WA, the SKA will be the largest radio telescope ever built, detecting radio waves from galaxies forming soon after the Big Bang, 13.8 billion years ago. This massive project will be completed towards the end of this decade.

Over the last 13 years, I have been privileged to work with colleagues from Yamaji Art in Geraldton, exploring Indigenous stories about the sky alongside the stories of the Greeks and Romans, and the astrophysical stories about the universe. We have learned from each other and taken our experience to the world through art exhibitions.

Three years ago, we started work on Star Dreaming. It has been filmed using a 360 degree camera and is designed to be shown inside a dome, like a planetarium. Star Dreaming is an immersive experience, combining live action and CGI animation, and a unique cross-cultural exploration.

The film is a narrative, following two children from Geraldton as they discover the astrophysical story of the universe and Yamaji stories of the sky and land. Max Winton and Amangu girl Lucia Richardson make their acting debuts, as do I as “the scientist”.

Filming was interesting and demanding. Over four days, we filmed prototype SKA antennas (from a drone), the landscape (including in scorching hot creek beds), and indoor sequences. The director, Perun Bonser (an Ngarluma man), Julia Redwood (producer), and cast and crew had their work cut out.

The film starts with the Big Bang, the origin of all matter and energy, space and time. We look at the life cycle of stars, and how stars produced the atoms that make up the Earth — and us. Without stars, we would not exist. We explain the speed of light, the temperatures and colours of stars, and the basics of how the SKA works.

This is interwoven with Indigenous stories, like the astonishing Emu in the Sky, which appears after dusk in March/April toward the east, appearing to sit on its nest on the horizon. This is the same time of year when real emus lay their eggs and tend to them.

When the Emu in the Sky appears, Indigenous people know it is time to hunt for the eggs. As Yamaji artist Margaret Whitehurst says in the film, “good tucker!” Margaret and fellow Yamaji artist and poet Charmaine Green lead the kids on an egg hunt, and cook up the results.

Yamaji artists Barbara and Kevin Merritt show the kids the Seven Sisters, the Indigenous story of a hunter pursuing seven sisters across the country and into the night sky — repeated every night.

Turns out, this is almost identical to an ancient story of the Greeks and Romans for this group of stars, also identified as seven sisters (the Pleiades) being chased by a hunter (Orion).

How is that cultures on opposite sides of the Earth, separated by thousands of years, arrive at the same story for the same group of stars? These are mysteries that hint at common origins.

As a scientist, I’ve learned so much from being with the artists and sharing our stories together. I have a much richer perspective on the universe and Indigenous culture, well beyond the night sky, as a result of our time together.

Read more: Songlines: Tracking the Seven Sisters is a must-visit exhibition for all Australians

Another Yamaji artist, Wendy Jackamarra, paints the Jewel Box, a colourful cluster of stars right next to the Southern Cross that can only be seen with a telescopes; it comes to life on the screen, as does Margaret’s painting of the Emu in the Sky, and Barbara’s painting of the Seven Sisters. The paintings reveal themselves through CGI, telling their stories as the different elements come together.

I’ve been asked, “what do you want people to take away from the film?” Of course, I want people to come away with a better understanding of Indigenous culture, and to have learned something about the science. But, to me, the film captures intertwined cultural and scientific perspectives that are common to all peoples.

The atoms in our bodies are produced in stars and scattered into space when those stars die, providing the building blocks for planets and life. For many millennia, humans have sat under the night sky and watched all this unfold, our different cultural stories underpinned by our common sense of wonder.

Differences in race, religion, culture, politics, and society melt away with that perspective. We all experience a shared sky, a common origin.

Star Dreaming is screening at the WA Maritime Museum in Fremantle, WA. Keep an eye out for it in major cities and planetaria across Australia before the end of 2021. In 2022 it will be screened around the world. All aspects of the film and the project, including its name, were derived from consultations and formal sign-off between the Indigenous participants, Prospero Productions, and the scientists. 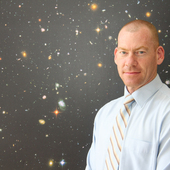