The need to reduce greenhouse gas emissions is widely discussed, but the other side of climate action is less often talked about: adapting to impacts already locked in. Even if we drastically reduce emissions, the cost of natural disasters in Australia will reach an estimated A$73 billion per year by 2060.

Intense heatwaves are Australia’s deadliest natural hazards. In the summer of 2019-2020, unprecedented bushfires devastated Australia’s southeast, and changes in seasonal conditions over the past two decades has seen average farm profits fall by 23%.

The Morrison government is developing a new National Climate Resilience and Adaptation Strategy, to be released ahead of the United Nations climate change conference in Glasgow next month.

The strategy must ensure Australia does better to manage climate damage already happening, as well as prepare for future disasters. Australia once led the world in climate adaptation, but efforts have fallen by the wayside over the past decade or so. The longer we fail to act, the greater the costs and difficulty we will face.

Australia was once a global leader

According to the United Nations, adaptation refers to any change to processes, practices and structures in response to the climate change threat.

It can include anything from building flood defences, setting up early warning systems for cyclones and switching to drought-resistant crops, to redesigning communication systems, business operations and government policies.

In 2007, the newly elected Rudd government recognised the need for Australia to adapt to the climate changes ahead. For example, it established a federal Department of Climate Change and Water inside the Prime Minister and Cabinet portfolio, to coordinate emissions reduction, climate adaptation and international efforts.

Australia was one of the first countries to invest millions in adaptation, including establishing the National Climate Change Adaptation Research Facility in 2008.

The Abbott government dissolved the Department of Climate Change in 2013. Today, responsibility for emissions reduction, adaptation and climate diplomacy is split across various government departments.

Historically, Australia has chronically underinvested in disaster prevention. In 2014, the Productivity Commission examined the federal government’s initiative to provide disaster relief and recovery payments and found only 3 cents in every dollar are spent on mitigating risks, while 97 cents are spent on clean-up and recovery.

The absence of an overarching adaptation plan can lead to ad hoc, counter-productive policies. For example, the federal government recently announced a A$10 billion insurance guarantee in Northern Australia to protect residents from cyclone and flood damage. But this risks backing in residents to remain in disaster-prone areas.

Looking ahead to COP26

This fragmented approach to climate policy has seen Australia fall behind other nations on climate action and resilience.

Under the Paris Agreement, each nation should have a National Adaptation Plan to sufficiently prepare for and manage climate change impacts. While at least 106 other countries have such policies and plans for adaptation, Australia does not.

Instead, we have the National Climate Resilience and Adaptation Strategy. Unlike National Adaptation Plans abroad, this strategy lacks enforceable targets or policies. As such, it was ranked last out of 54 comparable strategies in a 2019 study.

Read more: Who’s who in Glasgow: 5 countries that could make or break the planet’s future under climate change

An updated strategy will be released prior to or at the Glasgow summit. The government says it will support governments, communities and businesses to better adapt to the physical impacts of climate change.

Australia needs a long-term and proactive approach to climate resilience, and the updated national strategy should commit to spending as much on prevention as it does on recovery. Important proactive measures include:

The recent 2019-2020 bushfires were a brutal reminder of the need to adapt to climate change. In response to a recommendation by the Royal Commission into National Natural Disaster Arrangements, the Morrison government established the National Recovery and Resilience Agency in May this year.

It includes A$600 million toward communities to help them prepare for future disasters. But as other experts have noted, the investment pales in comparison to the billions of dollars lost through disasters, and must become core funding.

Others have also questioned how the new agency will coordinate with the Emergency Management Australia and state recovery agencies, and how the agency’s success will be measured.

On top of business-as-usual management, climate change adaptation requires understanding how the disasters and other impacts will worsen in future, and how we can start preparing.

Preventative measures give you the most bang for your buck. Some studies estimate every dollar spent on disaster prevention saves as much as A$15 in recovery efforts.

It’s not too late

The window of opportunity is still open to urgently reduce global emissions and help communities respond to the unfolding climate crisis.

The federal government must reinvest in climate adaptation science, carry out risk assessments and roll out policies that protect us from floods, fires, drought and increasing temperatures.

The Glasgow summit is shaping as a strong catalyst for more action on adaptation. For the first time, countries will submit “Adaptation Communications” that outline their progress, and these will be updated and assessed by the United Nations every five years.

Collectively, they’ll help track global progress on adaptation measures and investments, to ensure no country gets left behind. 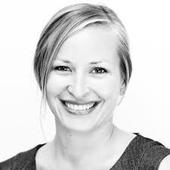 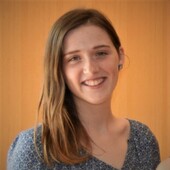 Hannah Melville-Rea is an Anne Kantor Fellow at the Australia Institute, an independent think tank.