The natural or “alternative” health community is often held up as being vaccine hesitant.

Yet, the relationship between the natural health community and vaccination is complex.

Stories such as the Adelaide naturopath recently disciplined for using a newspaper column to spread vaccine misinformation may make headlines.

But other stories like the director of Australia’s largest natural medicine society or even Nimbin’s herbal medicine columnist publicly advocating for COVID vaccination are more representative.

Although the link between natural health beliefs and vaccine hesitancy gets a lot of public attention, there’s actually little evidence on the topic.

I led a 2016 review which found opposition to vaccination was a minority opinion among natural health practitioners and users. Opposition was more likely related to an individual’s personal beliefs than a default philosophical position associated with natural medicine.

Some have suggested natural health practitioners could even help support vaccination activities. This isn’t as far-fetched as it sounds. There are growing communities of natural medicine practitioners highlighting the alignment between vaccination and natural approaches to health.

One thing people often overlook is the adaptive immune response caused by vaccination is natural. Vaccination prepares the body’s immune system in the same way “natural” exposure to infection does. It just does it in a safer, controlled way with a much lower dose.

Given there’s no underlying reason why natural health and vaccination cannot coexist, why does this perception exist, and why does it persist?

Opposition to vaccines wasn’t always a given

One main reason for historical opposition to vaccination in natural health communities wasn’t due to the vaccine. It was because they rejected “germ theory” itself – the concept that unseen external pathogens like bacteria and viruses led to disease.

Early naturopathic pioneer Henry Lindlahr rejected vaccination in the early 1900s because “germs, bacteria and parasites are products of disease rather than its cause”. He argued “germs themselves cannot create disease – if they could, humanity would soon be extinct”. Also in the early 1900s, chiropractic founder Daniel Palmer rejected the notion there was any cause of disease beyond misalignment of the spine.

It’s important to view this historic opposition in context, given germ theory had only become mainstream in conventional medicine in the recent decades before these statements. Views of these natural health professions have similarly evolved.

Natural health communities sometimes raised “toxins” in vaccines as a concern. It’s important to remember, however, that vaccines up until the mid-1900s weren’t like the vaccines of today. First generation smallpox vaccines, for example, were crudely produced from calf lymph in a process considered cruel by animal rights groups, which were often closely linked with natural health movements.

Also, the natural health community didn’t reserve judgement for vaccines and pharmaceutical medicines. Natural health adherents saw other “drug systems”, such as herbal medicine and homeopathy, as equally invasive and unnatural. Although few would see these therapies as incompatible with natural health today, their adoption by naturopathic practitioners caused significant tensions in the budding “drugless” profession.

Just as vaccine hesitancy can be a proxy for deeper concerns about medicine and the state, conflict between the natural health community and medicine also came to influence vaccine views.

Opposition wasn’t always a given. One of Australia’s earliest Australian naturopathic journals blamed medicine for stealing vaccination from natural healers without credit.

Towards the second half of the 20th century, anti-vaccination statements increasingly began to target those vaccinating (usually medical doctors) as much as the vaccine. Eventually the oppositional stance of “alternative” health subsumed parts of the natural health community.

Due to their marginalisation by the medical community, parts of the natural health community started taking on positions that were more about opposing conventional medical practice than about aligning with natural health philosophies.

These underlying factors are similar to why so many people opposing COVID vaccines as unnatural put their faith in equally unnatural alternatives such as ivermectin today.

What are the natural alternatives to vaccination?

To put it bluntly, there aren’t any.

Linking homeopathy and vaccination isn’t surprising. Both emerged during the same period in the 1790s and both focused on infectious diseases (vaccination for prevention of smallpox, homeopathy to address symptoms of malaria).

Homeopathy’s founder Samuel Hahnemann viewed vaccination not only as effective and powerful, but also as an extension of and validation of his own theories.

According to homeopaths, this is because the mechanism of action of “homeopathic vaccination” is wholly incompatible with homeopathic theory.

Homeopathic vaccines are neither homeopathic nor are they vaccines.

What about just increasing immunity ‘naturally’?

What’s more, boosting for a bigger immune response isn’t necessarily better. Boost the wrong parts in favour of others, and a hyperactive immune system can make things worse in the short term, as well as the long term. Autoimmune disease (where an overactive immune system starts attacking the body) is thought to be one of the causes of “long COVID”.

In natural health we talk about the therapeutic hierarchy. This recommends using low level interventions which encourage self-healing processes to avoid more intrusive and invasive therapies where possible.

Vaccines – once properly tested and assessed for safety and efficacy – clearly fit this bill. They’re a minimal dose, preventive intervention that support and develop the body’s own healing resources to fight disease.

And they offer the opportunity to avoid the alternative of aggressive treatment and management of infection and associated symptoms later on.

Ultimately vaccination, like the use of natural therapies, is a matter of personal choice. But as someone passionate about both natural health and public health, it’s one I would highly recommend people take up.

If you’re hesitating to get vaccinated because you’re concerned it may not align with your preferences for a natural approach to health, there’s no need to be. Vaccines may have more in common with natural health approaches than differences. 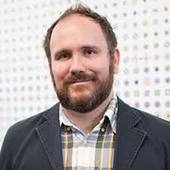 Jon Wardle received funding from the National Health and Medical Research Council for part of this work. He is Maurice Blackmore Chair of Naturopathic Medicine and Foundation Director of the National Centre for Naturopathic Medicine, which was established with a gift from the Blackmore Foundation. He is also co-convenor of the complementary medicine special interest group of the Public Health Association of Australia.