In Australia, interment in a cemetery or a churchyard has been the most common choices for in-ground burial. Over the past 20 years, though, burial has become a less accessible and more costly option for many people. This is because increasing numbers of deaths have created a boom in demand for burial plots and cemeteries are fast running out of space.

Since the 1950s, cremation has gained in popularity. But, although a majority of Australians who died last year were cremated, it is far from sustainable. Each cremation releases about 50 kilograms of CO₂ as well as toxins into the atmosphere.

The Australian way of death clearly needs to change, but arriving at solutions is a far more complicated matter.

Some people believe composting burial might provide one answer. Also known as “natural organic reduction”, composting burial is the brainchild of Katrina Spade, CEO of alternative burial company Recompose. The process involves decomposition of the corpse in soil — but not within a traditional cemetery.

The first step in the process of composting burial is to place the body into a vessel containing a mix of soil, wood chips, straw and alfalfa. As decomposition begins, microbial activity creates heat. This speeds things up and eliminates germs from the mix.

Over time the body is transformed into soil – around 760 litres of it. A portion of this soil will be returned to relatives for scattering, to make a memorial garden, or to use in public greening projects.

Read more: Buried beneath the trees: a plan to solve our shortage of cemetery space

A pilot interment program conducted by Washington State University showed the process takes about four weeks. This is a big difference to traditional burial. It can take up to hundreds of years before a grave can be reused.

The state of Washington recently legalised composting burial. The next step is implementation and Recompose has paired with architecture firm Olson Kundig to design the world’s first facility for composting burial in Seattle. It has 75 vessels. If these are reused every four weeks, the facility could process about 900 burials per year.

How does the cost compare?

These recent developments pave the way for its possible introduction in Australia. However, many questions remain to be answered. Is it really a more affordable or sustainable option than traditional modes of bodily disposal?

However, the cost of an individual burial depends on where you live. Exclusive beachside locales command the highest prices for burial real estate.

And, if you’re an Australian pensioner with no savings who has lived your whole life in the inner city, you’re going to struggle to afford a burial plot in your neighbourhood.

When the Recompose facility opens in 2021 in Seattle, composting burial will be on offer for about USD$5,500 (A$8,000) — about the same as a basic traditional burial in Australia. The costs might come down if the practice becomes widespread.

However, the technology is likely to be covered by patent. This means licensing agreements would limit its adoption. So, in the short term at least, composting burial is likely to be marketed towards those on average to high incomes.

Perhaps the main benefit of composting burial is the flexibility of having remains that are not attached to a traditional grave site. If you want to be buried in a particular place that holds personal meaning for you, but don’t mind being decomposed in a building, composting burial may allow this to happen.

Of course, local bylaws that govern the disposal of human remains in public places will continue to play an important role.

Related to this is an underexplored potential for composting burial businesses to partner with government, private industry, nonprofit organisations and local councils to create memorial parks where “human soils” might be interred. A drawback to this could be squeamishness in the community about playing frisbee on top of grandpa.

Another potential benefit of composting burial is its sustainability. Founder Katrina Spade claims a metric ton of CO₂ will be saved every time someone chooses composting burial over traditional burial or cremation.

When seen in this light, composting burial makes more environmental sense than cremation. But, just like buying organic fruit, sustainability comes at a premium.

Beneath the practical considerations of space, cost and sustainability are the less visible questions about change and community resistance to burial practices that are new and confronting. It will take a lot to abandon traditional mourning practices that celebrate ideas of permanence, attachment to the grave and the notion of the loved one resting in an earthbound coffin.

There is hope, though, that composting burial will gain in appeal as a way of maintaining these important connections to traditional burial. By respecting each person’s desire to be returned after death to a place of their choosing, composting burial offers an intriguing and sensitive alternative. 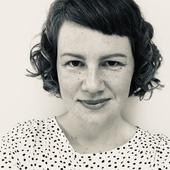 Emma Sheppard-Simms receives funding from the University of Tasmania under a Tasmanian Graduate Research Scholarship.

Health Check: how to soothe yourself to sleep

Bees in the city: Designing green roofs for pollinators

Sunday essay: why is Australian satire so rarely risky?