The NSW-Vic border will reopen this month, and ironically the risk is greatest for Victoria

It will be the first time people can freely cross the border since early July.

My preference would be to wait until both states have an extended period of time with zero community transmission of COVID. But I think the risk of a substantial outbreak from opening the border is low.

Victoria has done exceptionally well in squashing its second wave, and has now recorded five consecutive days of zero new cases. Even more pleasingly, the number of mystery cases — those with an unknown source — has dropped to just two in the past fortnight. In saying that, we’ll have to wait another week or so to see the effects of the latest round of eased restrictions.

For the first time in months, it looks as if the COVID situation is worse in NSW than Victoria. Arguably the risk of opening the border is greater for Victoria right now than it is for NSW. Indeed, Berejiklian said today that Victoria “may have, because of the lockdown, actually gone down a path of having eliminated it at this point in time”.

Today NSW recorded nine new cases, six of them among people already in hotel quarantine and three locally acquired. However, those three were already in isolation having previously been identified as close contacts of an existing case.

Elimination is on the cards

I’m concerned NSW is not going for elimination. It leaves the state as an outlier in Australia, with Victoria now joining all other states and territories by having zero community transmission (although Victoria’s official strategy is “aggressive suppression” rather than outright elimination).

I’d like to see NSW tighten restrictions in a few areas, because I think Australia now has a real shot at eliminating COVID. For example, NSW residents are currently allowed up to 20 visitors at a time, despite the Chief Health Officer recommending no more than ten. As homes are one of the greatest risk areas, why not follow this advice?

In saying that, NSW has shown it’s capable of controlling outbreaks with rapid contact tracing. And Victoria has substantially improved its contact-tracing system over the past few months.

Time for a national approach

Contact tracing is currently done on a state-by-state basis, by local teams using their own data sets. It’s not clear whether and how these data will be shared as borders reopen.

For example, if someone is infectious while on a road trip holiday and visits a restaurant in regional Victoria, before driving to towns in NSW and then Queensland, how will contact tracing be organised and shared?

I’d like to see a coordinated national effort to centralise these data. Ideally, there should be a centralised body, such as an independent federal Centre for Disease Control, which could handle national contract tracing, with regional hubs in each state and territory. This would ensure all states and territories would use the same contact-tracing software, using staff trained to the same level.

A national contact tracing database would then enable the tracking of people travelling interstate. Perhaps a QR code system could be implemented on a national level, so visiting a pub in South Australia means it is recorded in a centralised national database.

These tests work by detecting proteins on the outside of the virus, called antigens, from nasal swabs. And they can deliver results in 15 minutes or even quicker.

Yes, their accuracy is not quite as good as the standard COVID tests in that they tend to have a higher rate of false negatives. But I think there’s potential for these to be used as interstate travel increases.

For example, interstate travellers could get one of these tests while waiting for their flights in airports, while crossing land borders by car, or when leaving or arriving by sea.

Australia has done a fantastic job at controlling COVID, and is the envy of much of the world. Ideally, it would be good to have New South Wales take the extra step to eliminate COVID before borders are completely open, though this might be politically hard. Introducing additional measures like rapid antigen tests, and a hub and spokes contact-tracing system, would go a long way to ameliorating the small risks to other jurisdictions from New South Wales retaining its current suppression approach. 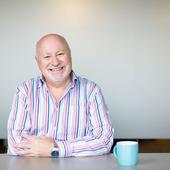