Sunday essay : why libraries can and must change

There is a chapter towards the end of Stuart Kells’s The Library: A Catalogue of Wonders, in which the author envisions the library of the future as one in which “dreary hordes of students” stare mindlessly at “computers and reading machines”, ignorant of the more refined pleasures of paper and ink, vellum and leather.

This – the death of the book – is a familiar lament recounted by bibliophiles everywhere; a tragic epic in which the Goliath of technology slays the David of art and culture.

It may be superficially appealing to some. And yet, it misses the reality that writing itself is also a technology. Along with the wheel and the lever, it is one of the greatest technologies ever invented. The history of writing predates the invention of the book. It parallels and is a part of the history of other technological forms.

The history of the library is replete with mechanical marvels.

Take, for example, the book wheel, the scholar’s technology of the 16th century, an ingenious mechanical device operated by foot or hand controls, allowing a reader to move backwards and forwards across editions and volumes, referencing many different books as quickly possible.

Closer to our own century, there’s the Book Railways of the Boston Public Library installed in 1895, with tracks laid around every level of the stack to transport books. Or the ultra-modern teletype machine and conveyor belt used to convey book requests by the Free Library of Philadelphia in 1927. Or the current book retrieval system used at the University of Chicago, which boasts a system of robotic cranes.

Unlike Kells, I think there is a fabulous quality to the dream of an infinite library that can assemble itself in bits and bytes wherever a reader calls it into being. It sits well with the democratic dream of mass literacy.

It may well take an archaeologist – working a thousand years from now – a lifetime to unlock the data in our already defunct floppy discs and CD Roms. Then again, it took several hundred years of patient work before Jean-François Champollion deciphered Egyptian hieroglyphs in 1822, and even longer for Henry Rawlinson to unlock the secrets of the cuneiform scripts of ancient Mesopotamia.

Of course, Kells’s new book is not a history of reading or writing. It is a history of books as artefacts. It tells of books of doubtful or impeccable provenance, discovered in lost libraries or inaccessible private collections, purloined by book thieves, or crazed and nefarious book collectors, or at the behest of rich or royal patrons. It is a narrative – albeit with an unfortunate, cobbled together quality – brimming with strange anecdotes about a small handful of books owned by a small handful of people; lost books yielding strange surprises, from discarded condoms to misplaced dental appointment slips.

Kells’s favoured haunts are the chained libraries of medieval monks, and the bawdy or scandalous collections of wealthy 18th century patrons. The library of St Gall, for example, which houses one of the largest medieval collections in the world. Or the Bodleian at Oxford, which was never intended to be an inclusive collection, but rather, as its founder Thomas Bodley put it, sought to exclude “almanackes, plaies, and an infinit number” of other “unworthy matters” which he designated “baggage bookes” and “riff-raffe”.

I am a great lover of books. I have been lucky enough to while away the hours in libraries from Beijing to St Petersburg, Belgrade and Buenos Aires. But in an age of economic disparity and privatised public services – of pay walls, firewalls and proprietary media platforms, not to mention Google and Amazon – it is difficult to feel convinced by this bibliophile’s nostalgic reveries.

Embodying an idea of society

More than 20 years ago, when I was living in New York, eking out a living as a copyeditor and more often as a waitress, I became a regular at the 42nd Street Library (also known as the New York Public Library), on Fifth Avenue between 40th and 42nd Streets, a few blocks from the apartment that I shared in Midtown.

It was not just the size of the collection that drew me in – the 120 kilometres of bookshelves housing one of the largest collections in the world – or the ornate ceilings of the main reading room, which ran the length of a city block, with 42 oak tables for 636 readers, the bookish dimness interrupted by the quiet glow of reading lamps. I was fascinated by the library’s pneumatic system.

This labyrinthine contraption, which had been state-of-the-art around the dawn of the 20th century, sent call slips flying up and around through brass tubes descending deep underground – down seven stories of steel-reinforced book stacks where the book was found, then sent up on an oval shaped conveyor belt to arrive in the reading room.

The pneumatic system – with its air of retro, steampunk or defunct book technology – seemed to intimate the dream of a future that had been discarded, or, at least, never actually arrived. Libraries are not just collections of books, but social, cultural and technological institutions. They house not only books but also the idea of a society.

The predecessors of the New York Public Library, the Carnegie libraries of the 1880s, were not just book stacks but also community centres with public baths, bowling alleys, billiard rooms, and in at least one strange instance – at the Allegheny library in Pittsburgh – a rifle range in the basement.

Earlier in the 18th century, with the rise of industrial printing technologies and the spread of mass literacy, not only libraries but as many as a thousand book clubs sprang up through Europe. They were highly social, if occasionally rowdy places, offering a space not only for men but also women to gather. Monthly dinners were a common feature. Book club rules included penalties for drunkenness and swearing.

So too, the fabled Library of Alexandria – where Eratosthenes invented the discipline of geography and Archimedes calculated the accurate value of Pi – was not a collection of scrolls but a centre of innovation and learning. It was part of a larger museum with botanical gardens, laboratories, living quarters and lecture halls. Libraries are social places.

Kells’s Catalogue of Wonders is at its best when it recounts the stories of these ancient libraries, charting the accidental trails of books, and therefore ideas, through processes of translating, pirating and appropriation. And the trades and technologies of papermaking that enabled them.

The library of the Pharaoh Ramses II in the second millennium BCE contained books of papyrus, palm leaves, bone, bark, ivory linen and stone. But “in other lands and other times,” Kells writes,

One sheep, he says, yields a single folio sheet. A bible requires 250. The Devil’s Bible, a large 13th-century manuscript from Bohemia, was made from the skin of 160 donkeys.

Ptolemy founded the Library of Alexandra around 300 BCE, on a spit of land between a lake and the man-made port of Pharos. He sent his agents far and wide with messages to kings and emperors, asking to borrow and copy books.

There are many stories about the dissolution of this library: that it was burnt by invading Roman soldiers or extremist Christians or a pagan revolt – or that a caliph ordered the books be burnt to heat the waters of the urban bathhouses. Or just as likely, as Kells points out, the scrolls, which were made of fragile papyrus, simply disintegrated.

But the knowledge contained in the scrolls never entirely disappeared. Even as the collection dissipated, a brisk trade in pirated scrolls copied out in a nearby merchant’s district ensured that the works eventually found their way to Greece and Constantinople, where other libraries would maintain them for another thousand years.

One thing that Kells fails to address in his book is the problems that arise when books are excluded, destroyed, censored and forgotten. And, indeed, when libraries are decimated.

More recently, thousands of priceless manuscripts were burnt in the Timbuktu library in Mali and rare books spanning centuries of human learning were burnt at the University of Mosul. Yet more book burnings have been conducted by ISIS, in a reign of cultural devastation that includes museums, archaeological sites, shrines and mosques.

There is also destruction for which the so called “Coalition of the Willing” must accept responsibility. Dr Saad Eskander, the Director of the Iraq National Library and Archive, reported the devastation of the library in a diary posted on the British Library website: archival materials 60% lost, rare books 95% lost, manuscripts 25% lost.

There may be something not quite right in mourning the death of books in a time of war, as people are dying. But the problem remains that without books and documents, the history of the world can be rewritten.

Indeed, as Iraqi librarians sought to preserve the bookish remains of their country in the still working freezer of a bombed out Iraqi officer’s club, the US military quietly airlifted the archives of the Baathist Secret Police out of the country.

These are the dark places where, as George Orwell once said, the clocks strike thirteen, and Kells does not go.

Of course, the great irony of censorship and book burning is that books are destroyed because it is believed that they are important, and they possess a certain power.

Libraries of the future

In the age of the globalisation of everything – and the privatisation of everything else – libraries can and must change. It is seldom discussed that one of the great destroyers of books are actually libraries themselves, bearing cost cuts, and space limitations. But this process can be ameliorated by companies such as Better World Books that divert library books from landfill, finding new owners and funding literacy initiatives – you can even choose a carbon neutral footprint at the checkout.

Libraries, by which I mean public libraries that are free, open and accessible, will not become extinct, even though they face new competition from the rise of private libraries and the Internet. Libraries will not turn into mausoleums and reliquaries, because they serve a civic function that extends well beyond the books they hold.

Libraries can and must change. Quiet study areas are being reduced, replaced not only by computer rooms but also by social areas that facilitate group discussions and convivial reading. There will be more books transferred to offsite storage, but there will also be more ingenious methods of getting these books back to readers.

There will be an emphasis on opening rare books collections to greater numbers of readers. There is and must be greater investment in digital collections. Your mobile phone will no longer be switched off in the library, but may well be the very thing that brings the library to you in your armchair.

The much heralded “death of the book” has nothing to do with the death of reading or writing. It is about a radical transformation in reading practices. New technologies are taking books and libraries to places that are, as yet, unimaginable. Where there will undoubtedly be new wonders to catalogue. 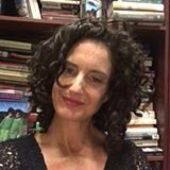