In many cases proposed transport infrastructure and the conflicts and debates it provokes are actually about much more than the project proposal. If the project is a new light rail system, for instance, the questions are: Who and what will it serve? What will it look like? And what impacts (positive and negative) will it have on the city over time?

Any efforts then to reduce citizen participation, to stifle the question “What kind of city do we want to be?”, will meet with resistance.

Recent academic and government projects and reports on citizen participation and infrastructure planning have called on our governments to do three things:

However, a key challenge, as echoed in submissions to a current parliamentary inquiry into city development, is the disconnect between citizen participation and decision-making. To overcome this disconnect, early consultation and new participation platforms are critical. Yet these alone cannot resolve this problem.

How does democracy come into this?

Engaging citizens in a meaningful way in infrastructure planning is good and necessary for many reasons. That we live in a country that purports to be a democracy is central to that argument. But there are other reasons too. These include the potential to make decisions that better respond to citizens’ needs and desires.

Another reason that often goes unstated is that infrastructure is a public thing. Whether it is ultimately publicly or privately owned, operated and controlled, there is a relationship between infrastructure and democracy that ultimately makes infrastructure planning and implementation a contested process. Savvy consultation does not alter this fact.

As the political scientist Bonnie Honig recently argued in her book, Public Things: Democracy in disrepair:

Since 2013 I have researched citizen participation in infrastructure planning. The focus has been on multi-billion-dollar, transformational urban transport infrastructure proposals in Australian and Canadian cities.

My primary focus has been on projects such as the East-West Link and West Gate Tunnel in Melbourne, and Westconnex in Sydney (working with Glen Searle). But my interest is not in contested tollway projects alone. I also examined the 2015 Vancouver plebiscite on transit funding, and the rollout of two light rail projects in the Greater Toronto and Hamilton Area (GTHA) in Canada.

Research of this kind into cross-city, cross-country and cross-modal (road and public transport) transit systems produces insights into the relationship between citizen participation and infrastructure planning. It makes visible both party-political and socio-political struggles for the present and future city, which infrastructure – be that a major road or a light rail system – often represents.

Transport infrastructure awakens controversy because these projects embody the debates that frame who we are as a group of people living in a city.

A process of Sidelining citizens

The question of what kind of city we want to be is often left to strategic planning. However, this question needs to remain at the forefront of decision-making in project planning too.

Take the cancellation of the East-West Link project. You would be excused for assuming that this cancellation, following the election of the current Victorian government in 2014, was a rejection of inner-city toll roads and a “roads must be built to tackle congestion” paradigm.

But weeks later the government announced the now A$6.7 billion West Gate Tunnel project. This announcement was met with similar concerns to those raised against the East-West Link. These centred on the very undemocratic processes that produced these projects in the first place.

Another key concern was about the efficacy of building tollways when other valued alternatives such as public transport are not only available but also desired. Indeed, these are set out as ambitions for the future city in a succession of metropolitan plans.

In the weeks and months after the West Gate Tunnel announcement, a community liaison group and then a public process of evaluating the environmental effects were organised. This did result in some design modifications. However, this was a process about how best to manage out conflict and limit engagement to questions about design.

This is common practice for transport infrastructure planning across Australia. It it is not what can be reasonably called “best practice” in citizen engagement.

The lack of transparency and carefully controlled consultation remove the publicness of infrastructure.

Market-led planning and its impacts

The West Gate Tunnel is a case study in both market-led planning and how these processes can be an assault on democratic, participatory planning. These proposals and other public-private partnership schemes continue to be devised, as seen recently with a proposed “super city” in East Werribee.

It’s clear more needs to be said about the links between citizen participation and infrastructure planning in this context. To design better citizen consultation is to better understand what galvanises citizen interest and protest.

It is more than just the project. It is what the project represents. In many cases, it is a departure from a clearly stated vision for the city.

Our ability as citizens to assert what is in the public interest – throughout the infrastructure planning process – can be further severed when unsolicited proposals become commonplace.

A recent alliance between the Coalition and the Greens in the upper house revoked the West Gate Tunnel planning amendment. It’s a reminder that any planning process that undermines inclusive citizen participation and ignores the publicness of infrastructure planning will meet with resistance. Westconnex, the East-West Link, Roe8 in Perth, and now the West Gate Tunnel are all examples of this.

Infrastructure cannot be divorced from the city and its citizens. But as long as citizen engagement is limited, infrastructure will be a hotly contested area of decision-making. 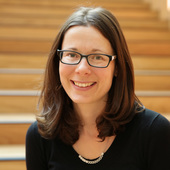 An Ultimate Guide on Running A Successful Childcare Centre