Will we soon see a new bright “star” visiting our evening skies? The crowd-funded Mayak CubeSat was launched along with 72 other satellites aboard a Russian Soyuz Rocket on July 14, 2017.

Prior to launch, Mayak was just 30 centimetres long; such a tiny satellite would normally be difficult to see unaided. But Mayak is designed to unfurl a three-metre highly reflective sheet that can beam sunlight down to Earth.

Will Mayak be the brightest object in the night sky apart from the Moon? Will our night sky be flooded by artificial stars? Is this the start of advertising in space?

Or can we relax and enjoy this new visitor to the night skies?

A bugbear of astronomers, both professional and amateur, is light pollution. In cities and towns across the world, faint stars are hidden from view because the atmosphere reflects artificial light back at us.

While we don’t think of the Moon as a source of light pollution, it also makes the night sky brighter. When there’s a full Moon it is far more difficult to see the glow of the Milky Way stretching across the heavens.

Although Mayak weighs just a few kilograms and is currently more than 500km above Earth, it could end up being very bright indeed.

Mayak is designed to unfurl a reflective pyramid, with each side of the pyramid having a surface area of four square metres. (At the time of writing, it’s unclear whether the pyramid has been unfurled.)

If the sides of Mayak’s pyramid were perfectly flat mirrors, then Mayak could be a tenth as bright as the full Moon. That’s bright enough to cast shadows here on Earth on a dark night.

But photos make it clear that Mayak’s reflectors were never intended to be perfectly flat mirrors, so it won’t be that bright.

Mayak’s reflectors may only illuminate regions of Earth’s surface that are tens of kilometres across. As Mayak is moving at more than seven kilometres every second, it may appear as a bright star only briefly.

There are plans to improve Mayak’s visibility by setting it tumbling, so that it flashes as it moves across the sky, although these flashes may not seem spectacularly bright.

Given Mayak’s fleeting passage, it is not going to produce much light pollution. Even if Mayak reflected light directly into a telescope, its rapid passage across the sky should reduce the chance of it damaging sensitive astronomical instruments. That said, I wouldn’t be happy if it spoiled one of my astronomical images.

Also, Mayak is not the first satellite to produce such fleeting “satellite flares”. The fleet of Iridium communication satellites has been orbiting Earth for two decades, and at any given location several such flares can be seen each week (they are sometimes mistaken for UFOs).

I personally enjoy seeing bright Iridium satellite flares. If you want to see some for yourself, you can look up predictions at Heavens Above.

The idea of advertising from space has been kicking around for decades. In 1956, a year before Sputnik, Arthur C. Clarke wrote of guerrilla advertising from the Moon in Watch this Space. In the 1990s Space Marketing Inc. proposed launching billboards into space.

The Mayak team includes employees of a Russian advertising agency, called 12, so is Mayak the beginning of advertising from space? To be blunt, no. And the ad agency says it does not want to move advertising to space, although it admits that others may be interested in that idea.

Besides, Mayak will be so small when viewed from Earth that it will look like a point of light.

A billboard in orbit just isn’t practical. Given what the unaided eye can see, an orbiting billboard would need pixels (roughly) 50 metres in size. That means a 100×100-pixel image would require a square billboard 5km high. Apart from the impractical size, such an enormous object would be a huge target for (and creator of) space junk.

While Mayak’s reflectors do gain attention (including media coverage), they are not intended to be billboards, but are a parachute (of sorts).

Satellites can remain in orbit for many years after they’ve stopped working, because at altitudes of hundreds of kilometres there’s very little atmospheric drag. For example, Vanguard 1, launched in 1958, is still orbiting the Earth.

Mayak’s practical purpose is to test a technology for reducing space junk, by dragging small satellites back to Earth. One can hasten the downfall of satellites by increasing their surface area. Mayak’s reflectors increase the satellite’s length from 0.3 metres (prior to launch) to 3 metres, greatly increasing the atmospheric drag it experiences.

If all goes well, Mayak will be dragged back to Earth in weeks, not years. Indeed, Mayak’s parachute won’t save it from destruction, but hasten its demise via reentry into the atmosphere. Then, very briefly, Mayak definitely will be the brightest shooting star in the sky. 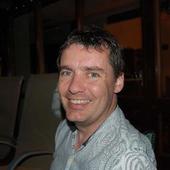