On September 21, the Victorian Parliament delivered a major step forward for Victoria’s traditional owners, by passing the Yarra River Protection (Wilip-gin Birrarung murron) Act 2017. Until now, the Wurundjeri people have had little recognition of their important role in river management and protection, but the new legislation, set to become law by December 1, will give them a voice.

The Act is remarkable because it combines traditional owner knowledge with modern river management expertise, and treats the Yarra as one integrated living natural entity to be protected.

The new law recognises the various connections between the river and its traditional owners. In a first for Victorian state laws, it includes Woi-wurrung language (the language of the Wurundjeri) in both the Act’s title and in its preamble. The phrase Wilip-gin Birrarung murron means “keep the Yarra alive”. Six Wurundjeri elders gave speeches in Parliament in both English and Woi-wurrung to explain the significance of the river and this Act to their people.

The Act also gives an independent voice to the river by way of the Birrarung Council, a statutory advisory body which must have at least two traditional owner representatives on it.

Giving legal powers to rivers has become fashionable recently. Aotearoa, New Zealand passed legislation in March to give legal personhood to the Whanganui River, the voice of that river being an independent guardian containing Māori representation.

Within a week of that decision, the Uttarakhand High Court in India ruled that the Ganga and Yamuna Rivers are living entities with legal status, and ordered government officers to assume legal guardianship of the two rivers (although that decision has since been stayed by the Indian Supreme Court).

All of these developments recognise that rivers are indivisible living entities that need protection. But the Victorian legislation differs in that it doesn’t give the Yarra River legal personhood or assign it a legal guardian. The Birrarung Council, although the “independent voice” of the Yarra, will have only advisory status.

Speaking for the silent

The practice of giving legal voice to entities that cannot speak for themselves is not a new one. Children have legal guardians, as do adults who are not in a position to make decisions for themselves. We also give legal status to many non-human entities, such as corporations.

The idea of doing the same for rivers and other natural objects was first suggested back in 1972. In general terms, giving something legal personhood means it can sue or be sued. So a river’s legal guardian can go to court and sue anyone who pollutes or otherwise damages the river. (Theoretically, a river could also be sued, although this has yet to be tested.)

So how will the Yarra River be protected, if it doesn’t have legal personhood or a guardian?

Like the Whanganui River Settlement legislation, the Yarra River Protection Act provides for the development of a strategic plan for the river’s management and protection. This includes a long term community vision, developed through a process of active community participation, that will identify areas for protection. The strategic plan will also be informed by environmental, social, cultural, recreational and management principles.

These Yarra protection principles further enhance the recognition of traditional owner connection to the Yarra River. They highlight Aboriginal cultural values, heritage and knowledge, and the importance of involving traditional owners in policy planning and decision-making.

And the Birrarung Council will have an important role to play. It will provide advice and can advocate for the Yarra River, even if it can’t actually make decisions about its protection, or take people who damage the Yarra River to court.

Importantly, the Council does not have any government representatives sitting on it. Its members are selected by the environment minister for four-year terms and once appointed they can’t be removed unless they’re found to be unfit to hold office (for example, for misconduct or neglect of duty). This makes sure that the Council’s advice to the minister is truly independent.

So, although the new law will not give the Yarra River full legal personhood, it does enshrine a voice for traditional owners in the river’s management and protection – a voice that has been unheard for too long. 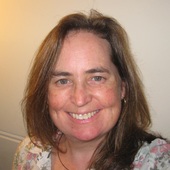 Underground in Brisvegas: can an electronic dance music artist thrive outside...

Drugs don’t cure everything – doctors can be helped to prescribe...

Note to Margaret Court: the Bible isn’t meant to be read...

What is the Doomsday Clock and why should we keep track...