Home CONTRIBUTORS/BLOGGERS 2040: hope and action in the climate crisis

It was framed as “the climate election”, but last week Australia returned a government with climate policies that make the task of building a zero-emissions, safe climate Australia even harder.

This result comes at a time when international studies are raising the real and imminent spectre of a mass extinction crisis and many communities are already struggling with the consequences of the climate emergency now unfolding around us.

Amid the growing strength of movements like Extinction Rebellion and climate activist Greta Thunberg’s advice to “act as you would in a crisis”, Australian film-maker Damon Gameau’s new climate change solutions film 2040 focuses on highlighting the huge range of climate action opportunities being explored and accelerated, not just in Australia but around the world.

Structured as a visual letter to Gameau’s four-year-old daughter, 2040 takes us on an engaging, upbeat journey, introducing us to a wide array of climate and energy solutions already underway. The film then fast-forwards 20 years to help us imagine how a zero-emissions world might unfold.

The film and accompanying book showcase a rich tapestry of climate action stories from around the world, from renewable energy microgrids in Bangladesh, to autonomous electric vehicles in Singapore and regenerative agriculture in Shepparton, Victoria.

Economist Kate Raworth speaks eloquently about the urgent need for a new “doughnut economics” approach, which grows jobs and health and well-being rather than consumerism, pollution and inequality.

Paul Hawken, founder of the Drawdown project reminds us we already have the tools required to build a just and resilient zero-carbon economy. Our key task now is to mobilise the resources and harness the creativity required to bring this work to scale at emergency speed.

Importantly, the 2040 project also includes the Whats Your 2040 website, where audiences can explore their own personal climate action plans.

I have had the privilege to contribute ideas and advice to the 2040 film project, drawing on research I’ve undertaken over the last ten years on strategies for accelerating the creation of post-carbon economies. Its also been exciting to see such enthusiasm and determination from audiences watching 2040, particularly among students and young people.

From fear to hope and action

While 2040 doesn’t avoid hard truths about the rapidly escalating risks and dangers of the climate emergency, Gameau has made a clear choice to focus his narrative of “fact based dreaming” on stories of hope and action rather than just chaos and catastrophe.

The goal is to offer viewers a refreshing and energising change from yet more images of burning forests and melting glaciers.

Of course, some will also bear in mind the cautionary warning of Greta Thunberg:

US author Rebecca Solnit provides another valuable perspective. “Hope”, she argues “is not about what we expect. It’s an embrace of the essential unknowability of the world. Hope is not a door but a sense that there might be a door.”

In my work with climate scientists, activists and policy makers over the last ten years I’ve had many challenging conversations about finding the right balance between fear and hope; threat and opportunity; naive optimism and paralysing despair.

One useful source of wisdom in navigating this tension is research on effective and timely responses to more immediate natural disasters, like fast-moving storms, floods and fires.

Successfully dealing with an emergency requires recognising that decisive action is urgently necessary, possible in the time available, and desirable. Broken down, this means understanding:

There is certainly no shortage of scientific and experiential evidence about the scale and speed of the climate emergency which has now arrived at our door. But the case for radical hope, defiant courage and decisive collective action also continues to strengthen.

We can see this in the remarkable rise and global impact of the School Climate Strike, Green New Deal, Extinction Rebellion, and fossil fuel divestment initiatives like Market Forces.

This challenge is also being taken up by some sections of the business world. (See, for example, Ross Garnaut’s recent lecture series outlining Australia’s great potential as a renewable energy superpower.)

Ideas like this are particularly important in developing a convincing and compelling narrative about a future post-fossil fuel economy that creates high-quality secure jobs and leaves no Australian worker or community behind.

The election outcome is clearly a significant setback for those who had hoped that there might now be clearer air for a more mature conversation in Australia about the necessity, urgency and desirability of accelerating the transition to a just and resilient zero-carbon economy.

None of us know exactly how our journey into a harsh climate future will evolve. We can however be sure that the journey will be far tougher if we close our eyes and fail to act with honesty and imagination; wisdom and courage. 2040 makes an important contribution to this urgent and essential work. 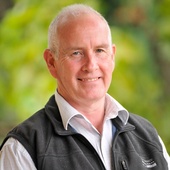 Riding in cars with dogs: millions of trips a week tell...

Victorian Labor’s thumping win reveals how out of step with voters...

More and more older Australians will be homeless unless we act...