I remember the acute frustration of watching one of the US news feeds on September 11, 2001 — 20 years ago next month.

With the stricken twin towers smoking away in the background, the news anchors described the heroic rescue mission going on behind them, continuing for several excruciating moments after one tower had simply ceased to exist — a fact terrifyingly obvious to viewers.

“It’s gone” I yelled at the TV helplessly, “there is no rescue!”.

The other building would soon follow as the full horror went from unimaginable to undeniable in a single morning.

Many Australians feel a similar frustration – this time chronic – at the refusal of their government to “turn around” to face what’s clear to everyone else, a galloping climate emergency which portends death, suffering and species loss on a planetary scale.

Yet, as the evidence has accumulated, and the new IPCC report reinforces it, Australia has carved out a name for itself as a global laggard — grouped with denialist authoritarian states like Russia, China, and Saudi Arabia.

And it has done so by re-interpreting the global climate evidence as just another domestic political argument – an opportunity for creating winners and losers and profiting from the electoral dividends yielded.

Ever wonder why an Australian political class steeped in short-termism is so animated about 2050 — a date way beyond the horizons of those currently in power?

Partly it is because if an economy is to genuinely commit to emitting net-zero carbon by 2050, the hard work of adjustment needs to commence immediately. But mostly it is that 2050 has become a useful distraction from the here-and-now.

And it is on this faux battleground that Prime Minister Scott Morrison has excelled in restricting not just his own rhetorical manoeuvrings, but increasingly, those of his opponents. Indeed, Morrison has achieved a remarkable double by simultaneously reducing 2050 to mere symbol, while also framing it as the only battleground on which the climate contest can be fought.

This way, he either wins, or he doesn’t lose, because the stakes are rendered so distant and so low as to not affect voting preferences appreciably.

From waving a lump of coal to Glasgow

Since appearing at the National Press Club in February 2021, the man who once brandished a lump of coal in parliament has moved to assure voters he now wants Australia to get to net-zero “as soon as possible, and preferably by 2050”.

Read more: Monday’s IPCC report is a really big deal for climate change. So what is it? And why should we trust it?

Though intentionally vague, this putative hardening from merely “as soon as possible” was treated as progress by many in the press gallery, which is arguably too aware of Morrison’s partyroom arithmetic and thus overly inclined to see the climate challenge as his rather than the country’s.

(This is this same commentariat, by the way, that gave Morrison an unequalled level of authority inside the partyroom following his “miracle” election victory in 2019.)

Since that February address, most observers have assumed Morrison would find a way to get his government to the 2050 commitment ahead of the Glasgow COP26 summit in November. That would mean strong-arming climate-sceptic Liberals, as well as the much harder task of wrangling the Nationals.

But if anything, that task has steepened in recent months with the election of Barnaby Joyce as Nationals leader and deputy prime minister.

As Joyce (speaking in the third person) told the Australian Financial Review in July:

The likelihood of Joyce getting endorsement from his party room to agree to net zero is zero.

And if Joyce was to come back to the party room and said ‘I had a really interesting conversation, I’ve just agreed to net zero’, then his prospects of getting out of that room as a leader would be zero.

That such unvarnished self-interest flies as a legitimate policy argument says everything about the vapid quality of the climate change debate in Australia.

In truth, Morrison is comfortable keeping the argument on 2050 anyway, knowing the date is as abstract and intangible to many voters as the dangerous build-up of atmospheric carbon dioxide is visible to the naked eye.

And why not? Labor has already retreated from its last election pledge of a 45% cut by 2030, hounded into meekness by Morrison’s 2019 scare campaign alleging runaway job losses and lower economic growth from Labor’s rapid adjustment.

Labor’s new policy will be unveiled closer to the election, but it is not expected to be as ambitious, even though since 2019, the rest of the developed world has embraced targets at or beyond this scale.

In a sign a milder policy is in the offing, Labor insiders plead the previous 45%-by-2030 policy had been set in the middle of the last decade and that commencing that reduction from 2022 is unrealistic. Yet, the first IPCC report for seven years warns the 1.5℃ warming threshold will now be reached as early as 2040, which probably means Labor should, in fact, propose to go harder.

There’s no sign of the government going harder either. Asked on Tuesday if Australia would set out more ambition in light of the IPCC warning, Morrison said,

It was an answer perfectly consistent with his past mantra of “technology, not taxes”.

Thus, it was also an answer that was perfectly inconsistent with the facts set out by the world scientific community. Facts to which Australia is yet to turn its full face. 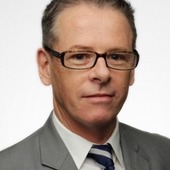