Voluntary assisted dying will soon be legal in all states. Here’s what’s just happened in NSW and what it means for you

However, voluntary assisted dying is not yet available in NSW. As in other states, there is an 18 month implementation period to establish how it would work.

Here’s what’s just happened in NSW, what can be learned from other states, and what to expect next.

Read more: Planning for death must happen long before the last few days of life

What does the NSW legislation say?

The NSW legislation reflects the broad Australian model of regulating voluntary assisted dying in the other states.

It will be available to an adult with decision-making capacity who has an advanced and progressive illness that will cause death, likely within six months (or 12 months for neurodegenerative conditions).

Other eligibility criteria include the patient is suffering, and their choice is voluntary and enduring. Two senior doctors, who have completed mandatory training, will each conduct a rigorous eligibility assessment. A voluntary assisted dying board will be established to ensure the system is operating safely.

Each state has variations in its voluntary assisted dying laws. One of note in NSW is a person can choose between taking the medication themselves or having a health practitioner administer the medication to them.

In other states, although both methods are allowed, self-administration is the default method.

What does this mean for people in NSW?

During the 18 months between the legislation passing and implementation, NSW can benefit from the experience of the five other states.

Victoria was the first to have legalised voluntary assisted dying in 2019 followed by Western Australia in 2021. Tasmania, South Australia and Queensland have also passed similar legislation but their laws are not yet in force.

Read more: When life is coming to a close: three common myths about dying

One key lesson for NSW is for people to access voluntary assisted dying, there need to be sufficient doctors trained and willing to participate from the start.

This requires the legislatively-mandated training to be ready early, and incentives and supports provided for doctors to undertake it. It also requires knowing which doctors may be open to participating.

Read more: ‘I want to stare death in the eye’: why dying inspires so many writers and artists

This role includes the vital function of connecting patients with doctors. The establishment of this small but critical workforce, well before voluntary assisted dying is available, is essential.

A final observation from other states’ implementation is the importance of education for key stakeholders.

Building awareness for the broader health workforce (beyond those providing voluntary assisted dying) is also important.

Read more: Looking after a dying loved one at home? Here’s what you need to know

What happens in NSW once the law kicks in?

The end of 2023, when the NSW voluntary assisted dying laws are expected to begin, may seem a long time away. But the experience of other states has been that there is little time to waste. This is a major health, legal and community initiative and implementing it is challenging.

There will be patients seeking access to it as soon as the law begins. So the system must be ready.

In WA, there was higher-than-anticipated early demand. Within the first four months of the law being implemented, 50 terminally-ill people chose to die using voluntary assisted dying. As a state with a significantly larger population, NSW should be anticipating more.

So work must start now to ensure that as soon as the NSW law begins, there is a functional system ready to support people eligible for voluntary assisted dying.

How about the territories?

As territories, the NT and ACT cannot legislate on voluntary assisted dying. The Commonwealth passed legislation in 1997 to prohibit this.

However, there have been repeated calls for this to change. If this were to occur, this would open the possibility for the territories to follow the lead of the states and pass their own laws permitting voluntary assisted dying. 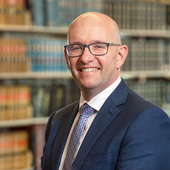 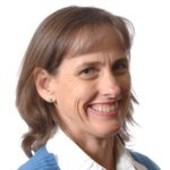 Ben White receives funding from the Australian Research Council, the National Health and Medical Research Council and Commonwealth and State Governments for research and training about the law, policy and practice relating to end-of-life care. In relation to voluntary assisted dying, he (with colleagues) has been engaged by the Victorian, Western Australian and Queensland Governments to design and provide the legislatively-mandated training for doctors involved in voluntary assisted dying in those States. He (with Lindy Willmott) has also developed a model Bill for voluntary assisted dying for parliaments to consider. Ben White is a recipient of an Australian Research Council Future Fellowship (project number FT190100410: Enhancing End-of-Life Decision-Making: Optimal Regulation of Voluntary Assisted Dying) funded by the Australian Government.