Australia’s latest emissions data, released this week, contained one particularly startling, and unjustifiable, fact. Against all odds, in a year when emissions fell in almost every sector, Australia’s export gas industry still managed to do more climate damage.

A new Climate Council report released yesterday, to which I contributed, sheds more light on the problem of Australia’s expanding gas industry.

This is clearly an unsustainable state of affairs. Australia has this year been in the grip of a climate crisis: unprecedented drought, the Black Summer bushfires and another mass bleaching of the Great Barrier Reef. The gas industry escalates this risk and puts more Australians in harm’s way.

In Australia, emissions from transport dropped by 24% compared with April–June last year, as people stayed out of cars and planes.

Overall, industrial demand for electricity was roughly the same as last year. Meanwhile, although office blocks and shopping centres were shuttered, power was needed in the domestic sector to heat homes and charge iPads for homeschooling.

Overall, almost every sector, including gas, also produced fewer emissions in the June quarter than in the same period the year before. Across the economy, emissions for the quarter were 7% lower than the same period last year. This result is represented in the graph below.

While emissions from the gas sector declined in the lockdown months, the sector’s poor emissions performance over the full 12 months to June meant it managed to increase its emissions over the year – one of the few sectors to do so.

How did gas get this bad?

Australia became the world’s largest exporter of liquefied gas in 2019. Our report shows almost three-quarters of gas extracted in Australia in 2019 was compressed and processed to send overseas, as shown below.

Remarkably, on top of this, in 2019 the Australian gas export industry was itself the second-largest user of gas in Australia for the first time. More than a quarter of gas consumed in Australia was used to liquefy and chill gas for export overseas.

So the Australian gas export industry uses or exports nearly 80% of the gas it extracts each year – four times the amount needed to service the country’s own needs. Clearly claims of a shortfall in domestic gas supplies, such as those used to justify the recent Narrabri Gas Project approval, are bogus.

A worse problem than we thought

Our report also highlights serious problems with official estimates of gas emissions along the supply chain. These estimates are based on decades-old research designed for the US gas industry.

Australia is also underestimating the harm caused by gas emissions. Methods used by the federal government to quantify the relative impact of methane are incomplete and ignore recent scientific advances. If methane’s effect was considered completely, this would further increase the assessed impact of the gas industry on Australia’s emissions.

Underpinning all this, the international gas market is in crisis as a result of a global oversupply. The drastic increase in Australia’s gas exports in recent years has left us dangerously exposed to international boom-and-bust market cycles, and subsequent job losses and power price volatility.

Most of Australia’s gas is expensive to produce compared to international competitors. The centrepiece of the federal government’s gas-led recovery, a stretch goal of A$4 per gigajoule for gas, has been described by the extraction industry’s own lobbyists as a “myth”. And several Australian export plants were recently declared by banking giant HSBC as “at risk”.

Fossil fuel extraction and consumption in Australia makes up 80% of our annual emissions. But as the Climate Council report shows, this figure is likely a gross underestimate. And of course, it does not account for the additional emissions produced when Australia’s gas exports are burned overseas.

COVID created a temporary blip in global emissions. If we don’t use it as an opportunity to consider a planet without coal, oil and gas consumption, the climate gains will amount to nothing. 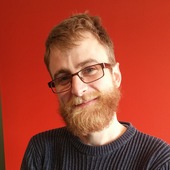 Tim Baxter is employed by the Climate Council, a non-government, non-profit climate change communications organisation formed to provide independent, authoritative information on climate change and its solutions to the Australian public. He has previously been employed under Australia Research Council grants.