Over the weekend in London, the stars aligned in the most remarkable way. On the 50th anniversary of Evonne Goolagong Cawley’s first Wimbledon win, Ashleigh Barty claimed her first Wimbledon title.

I just hope I made Evonne proud.

The 25-year old becomes just the second Indigenous women to win Wimbledon and breaks a long drought for Australia at what is widely regarded as the most prestigious tennis tournament in the world.

To put it in context, Australia hasn’t won a singles title at the All England Club since 2002, when Lleyton Hewitt became the men’s champion. The last time an Australian woman took out the title was over 40 years ago, when Goolagong Cawley won her second title in 1980 (this time also becoming the first mother to win Wimbledon in 66 years).

But the win is also an historic moment for First Nations people and for Australian women in sport. It presents an opportunity to both celebrate and learn from this achievement.

Barty’s success is a particularly significant one for First Nations Australians. She is one of only a handful of Indigenous women who are both sporting champions and household names — such as Goolagong Cawley, Cathy Freeman and fellow Olympic medallists Nova Peris and Sam Riley.

But Barty breaks this mould. She has long cited her Indigenous heritage and relationship with Goolagong Cawley as an inspiration. Yes, it is Barty’s tennis success that has made her famous. But it is her grace negotiating Australia’s uneasiness with its past and present relationship with our Indigenous peoples that makes her a true champion.

Her victory also followed by a significant hip injury in June. Although seeded number one for the tournament, even those in Barty’s camp were nervous about her chances.

The stars aligned for me over the past fortnight. It’s incredible that it happened to fall on the 50th anniversary of Evonne’s [Goolagong Cawley] first title here too.

As First Nations people would say “the Old People” — her Ancestors — had intervened.

Apart from the parallels with Goolagong Cawley’s win, the timing is also special as it comes at the end of NAIDOC week. This year’s theme has been “Heal Country”. As Indigenous people continue to be marginalised in so many areas of Australian life, Barty’s success is all the more a powerful testament to her strength and talent.

We know there are high barriers to Indigenous women participating in sport and exercise, at both grassroots and elite levels. These include racism and the high costs of participating. A frequently cited statistic (based on 2012 data) is about 23% of Indigenous women were physically active or played sport in the past 12 months, compared to 67% of non-Indigenous women.

Even in sports with high Indigenous participation, such as netball (where about 4% of participants are Indigenous), this still hasn’t flowed through to the professional level. There have only ever been two Indigenous players to represent the national team — and none since 2000.

Last year, Queensland Firebirds midcourter Jemma Mi Mi, a proud Wakka Wakka woman, sat on the bench during Super Netball’s Indigenous round. Netball Australia says it is working to improve the culture but change is slow.

Sport is a significant part of our national identity, and we have a deep love for our sporting heroes. Yet for women in sport, we know the road is harder than for men. It wasn’t that long ago that champion race horse Black Caviar was named Australian sportswoman of the year by the Daily Telegraph.

In my recent research with female AFL players, women talked of their gratitude for being included in the sport at a professional level. This is despite low pay and the high pressures and workloads. As I argued, this attitude is a double-edged sword for professional sportswomen, as it can make them vulnerable to exploitation.

Looking at professional elite athletes in Australia, the top earners are predominantly men. For example, in the 2019 AFR sports rich list, Barty ranked eight and was the only woman in the top 20. A top seven rich list compiled by Fox Sports in June 2021 only featured men.

We also know that women in sport also cop abuse, sexism and harassment — as well as discrimination in terms of how seriously their involvement is taken.

So while we celebrate #YesAsh and enjoy the #BartyParty, we must also be honest about the realities for women in sport, and in particular for Indigenous women in sport.

For those of us who have enjoyed the pride and excitement of Barty’s win, let’s pledge to work harder on removing structural barriers to participation at grassroots and elite levels. It is time to acknowledge how uneven Australian sporting fields can be. 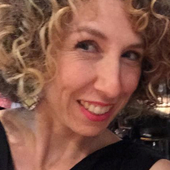 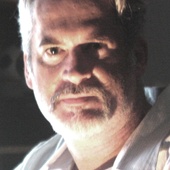 Marcus Woolombi Waters does not work for, consult, own shares in or receive funding from any company or organisation that would benefit from this article, and has disclosed no relevant affiliations beyond their academic appointment.