The Australian Republic Movement has just released their preferred model for a republic.

It would see Australia’s parliaments nominate candidates for head of state, who would be put to a popular vote of all Australian voters. The head of state’s term would be for five years.

For the past two decades, the Australian Republic Movement has not had a position on what model should be used. So what does this development mean?

Australia’s 1999 republic referendum is widely believed to have failed because republicans were divided on what model to adopt. The proposal for a president chosen by the federal parliament was opposed by many republicans, who insisted only a directly elected head of state was acceptable. Whether another model could have succeeded is unknowable.

The idea of a republic has essentially been on the political back burner since the referendum.

Major polls suggest declining support for a republic. Interestingly, support for change is weakest among younger age groups, who would have no memory of the earlier campaign.

Under former leader Bill Shorten, Labor proposed a two-stage popular vote to get to a republic: one to decide in-principle support for a republic, and if that succeeded another to decide how. However the issue is unlikely to feature prominently in the upcoming election campaign, set to be dominated by COVID and the economy.

As the end of Queen Elizabeth’s reign approaches, the Australian Republic Movement has reignited the debate, following two years of consultation. Central to their campaign is the claim:

Australians should have genuine, merit-based choice about who speaks for them as Head of State, rather than a British King or Queen on the other side of the world.

Monarchists will retort that we already have an effective head of state with the governor-general, who for all practical purposes exercises the powers granted to the monarch. Ever since 1930, when the Scullin government appointed the first Australian-born governor-general, Sir Isaacs Isaacs, against the opposition of King George V, it has been clear this choice rests with the prime minister.

Becoming a republic would essentially be a symbolic, if important act. The republic movement claims we need the change so “our future, more than ever, will be in Australian hands”, but it is hard to see what effectively would change.

Read more: Nine things you should know about a potential Australian republic

The biggest hurdle for republicans is the reality that Australia is already an independent nation, with only sentiment and inertia linking us to the British crown.

Most Australians, when pressed, struggle to remember the name of the current governor-general or to explain their role.

Over the past several decades, prime minsters have seemed increasingly presidential. Indeed, one might have expected a head of state to be more visible as a unifying force during the past two years of the pandemic, but Governor-General David Hurley’s messages have gone largely unnoticed.

To find an acceptable means of removing the link to the crown, the republic movement is now proposing a hybrid plan. The media response to this has been at best lukewarm.

This model retains the basic premise of the Westminster system, namely that effective power rests in the hands of a parliamentary majority. A directly-elected president can be compatible with parliamentary government – this is the system in Ireland and several other European countries – although it would need strict constitutional limitations on the powers of a president.

But former prime minister Paul Keating lashed the hybrid idea, saying it would undermine the prime minister’s authority and lead to a dangerous “US-style” presidency.

Former “yes” campaign leader and prime minister Malcolm Turnbull has also criticised the proposal as unlikely to get the required support of voters, because it

will be seen by many to embody the weaknesses of direct election and parliamentary appointment models but the strengths of neither.

Becoming a republic would require significant rewriting of the Constitution, which would then need to be ratified by a majority of voters in a majority of states. Such a significant undertaking should see us imagine more than just a name change for the head of state.

Read more: Our research shows public support for a First Nations Voice is not only high, it’s deeply entrenched

One of the major shifts since the 1999 referendum is the growing demand from Indigenous Australians for recognition that sovereignty was never ceded, and the scars of colonial occupation and expropriation remain.

The republican vision of Australia’s independence […] must finally be grounded on our own soil and on thousands of generations of Indigenous occupation.

A republican movement that begins with the Uluru Statement from the Heart, rather than concerns about the symbolic links to the British crown, is a project more likely to capture the imagination of Australians. 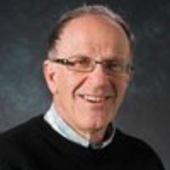 Dennis Altman does not work for, consult, own shares in or receive funding from any company or organisation that would benefit from this article, and has disclosed no relevant affiliations beyond their academic appointment.