Fossil fuel and carbon-intensive industries have an image problem. As awareness of their environmental impact grows, energy and mining companies in particular are desperate to maintain control over spiralling levels of public esteem.

For decades, greenwashing has been a go-to tactic for companies seeking to mask their damaging effects on natural environments, and governments across the world have begun to legislate against it.

Nevertheless, another more subtle practice remains in the marketing toolkit: sportswashing. By sponsoring sporting teams or events, organisations harness the positive impacts of sport to wash off negative associations with problems such as environmental degradation and human rights abuses.

In Australia, mining and energy companies often partner with sporting organisations from the grassroots to the elite level. As our research has shown, sports sponsorship is a powerful way to channel the energy of sporting “atmospheres” into brands, diverting attention from firms’ roles in furthering climate change.

So as Australia clinches another Ashes series, let’s take a closer look at how official partners such as Alinta Energy can benefit from sponsoring sporting events.

How does sportswashing work?

Sporting events have long been a site to exert “soft power”. Countries that host the Olympics or the FIFA World Cup, for example, are able to challenge negative global images. Take Qatar: in the lead up to this year’s FIFA World Cup, the nation has taken opportunities to reshape its reputation on a number of issues including human rights.

Sports sponsorship can serve similar purposes for businesses. Mining and energy giants such as Adani, Rio Tinto, Origin, and Woodside all sponsor sports teams and leagues from local to international levels of sport.

Our research shows when companies sponsor sport events, their brands become associated with atmospheres: intense experiences of shared emotion. Over time, sports fans come to associate sponsors’ logos and names with these experiences such that sponsors’ brands become stores of this emotional energy, rather like batteries.

This benefits companies because when people feel emotions in relation to a brand, they’re more likely to remember that brand and become loyal customers. Simultaneously, these positive emotional associations can distract from companies’ problematic connections to a range of issues including climate change and pollution.

Is the tide turning against sportswashing?

In 2021 a critical report found more than 250 advertising and sponsorship deals between corporate polluters, and leading sports teams and organisations around the world.

PETITION LAUNCH: The #AusOpen announced a partnership with gas giant Santos. But an iconic tennis org promoting fossil fuel giants today is as irresponsible as doctors promoting cigarettes in 1930.

Some condemned the Australian Open for accepting gas giant Santos as an “official natural gas partner”. And last year Comms Declare, an advertising and marketing industry body, said the decision was at odds with Tennis Australia’s commitment to the United Nations Sports for Climate Action Framework.

I think fossil fuel advertising in sport is the new cigarette sponsorship.

What does this mean for sport sponsorships?

As awareness of sportswashing grows, we think sponsorship deals are likely to generate increasing scrutiny from consumers, investors, and from other companies. This will have big implications for companies whose sponsoring partnerships are perceived as sportswashing.

In recent years, sports fans have protested against the owners of sports teams, as well as event organisers, for a range of issues. Research shows that activism can damage revenue and share prices for companies.

In some cases, activists have been able to demand policy u-turns. For example, Liverpool FC supporters forced owners to scrap ticket price rises and issue an apology. Whether activists can bring about change in environmental sportswashing remains to be seen.

Nevertheless, it may be time for sports governing bodies, owners and event managers to reconsider contributions from environmentally unsustainable companies. Such sponsorship is at odds with the the cultural value of sporting events and the benefits sport brings to all levels of society. 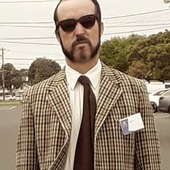 Robin Canniford – [Department of Management & Marketing, The University of Melbourne] 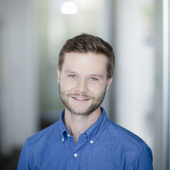