There is magic in stories. We all remember hearing them as children, and we loved them. Imaginary adventures set in faraway places. Tales about how the dishwasher isn’t working. It doesn’t matter! Whether made up by parents or read from books, kids love to hear stories.

Our recent work showed reading to children positively impacts long term academic achievement more than many other activity (including playing music with them, or doing craft). We found the more frequently parents read to their children, the better their children’s NAPLAN scores in different areas.

In our most recent study, we asked parents to read a wordless storybook to their three to five-year-old children titled The Wolf and Seven Little Goats. We also tested children in many areas of their important cognitive skills, such as language proficiency, memory, self-control, and friendship skills.

Through examining the different ways parents tell stories, we have pinpointed which elements of shared reading are most beneficial for children’s cognitive development.

1. Tune in to your child

Perhaps the most important aspect of reading to children is to tune in to your child. Listen to your child’s cues. Do they like the story? Do they know the vocabulary? Are they paying attention to the pictures more, or the text?

Try to coach your child, not to instruct them. Instead of saying: “look they are going to cook some food, maybe they are hungry”, you can ask “what are they doing?” or “why do you think they’re doing that?”.

Be sensitive about whether they are listening and engaged or uninterested and disengaged. If they are disengaged, are there questions you can ask to make them more interested? Do you think they’ll like a different type of story better? The best books for your child are the ones they enjoy most.

Read more: Children prefer to read books on paper rather than screens

Parents who ask lots of questions engage in a more fun and informative way with their children. Ask them if they know the vocabulary, if they can guess what the characters are going to do next, and why they’ve done what they’ve done.

These questions are not only helpful because they help children gain new knowledge and ways of thinking, it also helps strengthen the emotional bond between parent and child. Children like to feel they’re a part of the task, not that they’re being told how to do things.

In our study, we gave parents a wordless picture book. An important difference we observed between parents was some only describe what they see. Some go beyond the picture.

For example, when the mother goat in the picture book comes home and sees the door to the house open, one parent said:

When their mother came home and was looking forward to seeing her children and hugging them and telling them a story, she suddenly saw that the door is open. She was shocked!

The mother came home and saw the door is open; she went inside and looked for the children.

This parent is only describing the picture.

The first parent is imagining what is beyond the picture and text. This is a richer way to tell a story to children, and ultimately leads to better cognitive developmental outcomes for children. This is because it teaches abstract thinking, which is the basis for many of the higher order cognitive abilities such as problem solving and critical analysis.

4. Make logical links between different parts of the story

Another element that has a strong link to the development of children’s cognitive skills is the way parents build logical links between different parts of the story.

Often the events in books unfold very quickly. One minute, the wolf eats the little goats, and the next minute he is found by the mother. Some parents try to make the sequence of events more logical than others.

For example, in this picture, when the wolf is coming to knock on the door, one parent said:

The wolf, who realised the mother is not home, came and knocked on the door.

This sentence is lacking logical links. How did the wolf know the mother is not home? Why should he come and knock on the door? What did he want?

The wolf, who was sunbathing in the bush, saw that the mother is going to get some food. He thought, oh, the little goats are alone at home, and it’s a good time for me to go and trick them and maybe get a good lunch!

The parent here is clearly providing logical links between these different parts of the story.

We also found most parents add many details to the story to make it more interesting or comprehensive. But relevantdetails are the most useful in terms of improving children’s learning. Relevant details are the kind of details that help make the story easier to understand.

For example, one parent said:

The little goat, who was wearing the yellow shirt and was the smallest said: ‘we shouldn’t open the door! How do we know this is our mother? She has just left.’

Here, wearing a yellow shirt is a descriptive detail, but it doesn’t add much to the story.

The smallest one, who was also the cleverest and very careful, said…

This second parent is clearly adding a detail (that the smaller one is also the cleverest and careful) that makes the story more meaningful and easier to follow.

6. Talk about mental and emotional concepts

We found parents who not only describe the events of a story but also discuss abstract concepts related to emotions, desires and thoughts tend to have children who are better cognitively skilled. These children develop a better understanding of others’ emotions, better friendship skills, and even improved memory and higher order cognitive skills that are useful in later life. These lead to academic success as well as better skills to build friendships and perform well in social relationships. 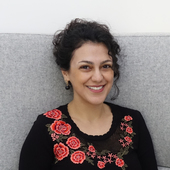