Days out from a much-anticipated climate summit convened by US President Joe Biden, the federal government has moved to position itself as serious about emissions reduction.

When Morrison takes the virtual global stage this week, we can expect he’ll point to this investment and other dubious climate policies, as well as roll out carefully chosen facts to paint the government in the best possible light.

Such an approach may appease the Coalition party room, and perhaps some voters. But most Australians want real action on climate change. And the rest of the world, accustomed to Australia’s shifty climate stance, is unlikely to fall for Morrison’s diversion tactics.

Biden has invited 40 world leaders to the virtual summit, which begins on Thursday night our time. He is expected to announce a significant new emissions reduction commitment for the US, and call on other nations to ramp up climate action.

Australia goes into the meeting firmly on the back foot. It’s widely viewed as a laggard on emissions reduction and in 2020 ranked last on climate policy among 57 countries and the European Union.

Australia’s key coal export markets in China, South Korea and Japan have all recently outlined a timetable for net zero emissions, while the European Union committed to this target long ago.

Morrison says a net-zero goal is his preference but has not yet committed to it.

Australia will also face pressure to up its climate game while negotiating post-Brexit trade deals with the UK and EU. The EU has already announced plans to introduce a carbon levy on all imports.

Closer to home, Australia’s Pacific neighbours – for whom climate change is an issue of survival – have demanded Australia transition away from fossil fuels. Australia committed to increase its diplomatic engagement with the region through the so-called Pacific Step-Up, but there are clear signs our poor climate action performance is undermining this pledge.

Ahead of the summit, the Morrison government also faces domestic pressure on climate policy. Even before the devastating Black Summer bushfires, a survey found Australians considered climate change as the most serious threat to the national interest. And Lowy polls consistently point to public support for strong climate action.

Even Australian-based industry groups and businesses have called for a transition away from fossil fuels. This includes the traditionally conservative National Farmers Federation, which is calling for a net-zero commitment.

But any attempt by Morrison to embrace a stronger climate stance will be met with opposition from some in the Coalition party room. Queensland Nationals senator Matt Canavan sent a public warning to the Prime Minister on Tuesday, tweeting:

Australia trying to go for net zero emissions is like the 10 year old boy who thinks he is superman and jumps off his parent's roof. He doesn't have the technology, and he is going to fall flat on his face.

So where does this leave Morrison as he prepares to address the leaders summit? As US climate scientist Michael Mann pointed out in The Guardian, the Morrison government appears to be deploying a smoke-and-mirrors approach – loudly promoting policies such as its low-emissions technology roadmap “to distract from their clear record of inaction on climate”.

The announcement of A$539 million for clean hydrogen and carbon-capture and storage (CCS) seems proof of that. And there are plenty of reasons to be concerned if the government sees this spending as a core pillar of its response to the climate emergency.

Carbon capture and storage requires significant amounts of water for cooling. It’s extremely expensive to establish and run, and only applies to electricity generation. The method is unproven at scale, and still releases substantial CO₂. CCS also involves subsidising the fossil fuel sector, rather than investing funds into new forms of renewable energy.

Hydrogen is potentially a clean energy source, but only when produced using renewable electricity. The government has left the door open to supporting hydrogen produced using fossil fuels, where the carbon is captured and stored.

There are also concerns Australia has radically overestimated the likely extent of the export market for hydrogen.

We can expect Australia to trot out other dubious claims to climate action at this week’s summit. Morrison this week told a business dinner that “domestic emissions have already fallen by 36% from 2005 levels” – a figure that conveniently omits fugitive emissions from coal and gas produced for export.

And Morrison is sure to spruik the decline in Australia’s per capita emissions. But as I’ve pointed out before, our emissions per capita remain disproportionately high, even among key trading partners.

#DYK emissions per person & the emissions intensity of the ?? Australian economy are at their LOWEST in 30 years? Australia also plays a significant role through practical actions to reduce emissions & improve the environment in the Pacific region. #ClimateAction pic.twitter.com/S2IZBroxNr

The world is watching

The technology funding is Morrison’s attempt to walk the line between competing pressures. It throws a lifeline to the fossil fuel industry and placates internal party dissent, while attempting to appear to the rest of the world that Australia is acting on climate change.

But the announcement is telling for what it isn’t: a clear commitment to achieving net zero emissions by the middle of the century, or an increase in its Paris Agreement targets – currently set at a 26-28% emission cut between 2005 and 2030. Reports suggest Morrison is not expected to make a concrete pledge on either policy at the summit.

But public concern, international action and market forces are all pushing in the opposite direction to the Morrison government. This creates a sense the government’s position on climate change simply isn’t sustainable.

And this week’s summit puts Australia under global scrutiny like never before. As US Secretary of State Antony Blinken warned this week:

Our diplomats will challenge the practices of countries whose action – or inaction – is setting the world back […] When countries continue to rely on coal for a significant amount of their energy, or invest in new coal factories, or allow for massive deforestation, they will hear from the United States and our partners about how harmful these actions are.

It appears the US, at least, won’t be convinced on the sincerity of the Morrison government’s climate concern, or the adequacy of its actions. 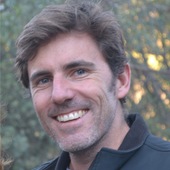