In May 2011, almost precisely a decade ago, the government-appointed Climate Commission released its inaugural report. Titled The Critical Decade, the report’s final section warned that to keep global temperature rises to 2℃ this century, “the decade between now and 2020 is critical”.

As the report noted, if greenhouse gas emissions peaked around 2011, the world’s emissions-reduction trajectory would have been easily manageable: net-zero by around 2060, and a maximum emissions reduction rate of 3.7% each year. Delaying the emissions peak by only a decade would require a trebling of this task – a maximum 9% reduction each year.

But, of course, the decade to 2020 did not mark the beginning of the world’s emissions-reduction journey. Global emissions accelerated before dropping marginally under COVID-19 restrictions, then quickly rebounding.

Our new report, released yesterday, shows the immense cost of this inaction. It is now virtually certain Earth will pass the critical 1.5℃ temperature rise this century – most likely in the 2030s. Now, without delay, humanity must focus on holding warming to well below 2℃. For Australia, that means tripling its emissions reduction goal this decade to 75%.

The Climate Council report is titled Aim High: Go Fast: Why Emissions Need To Plummet This Decade. It acknowledges the multiple lines of evidence showing it will be virtually impossible to keep average global temperature rise to 1.5℃ or below this century, without a period of significant overshoot and “drawdown”. (This refers to a hypothetical period in which warming exceeds 1.5℃ then cools back down due to the removal of carbon dioxide (CO₂) from the atmosphere.)

The increasing rate of climate change, insights from past climates, and a vanishing carbon budget all suggest the 1.5℃ threshold will in fact be crossed very soon, in the 2030s.

There is no safe level of global warming. Already, at a global average temperature rise of 1.1℃, we’re experiencing more powerful storms, destructive marine and land heatwaves, and a new age of megafires.

As the Intergovernmental Panel on Climate Change has warned, the consequences of breaching 1.5℃ warming will be stark. Heatwaves, droughts, bushfires and intense rain events will become even more severe. Sea levels will rise, species will become extinct and crop yields will fall. Coral reefs, including the Great Barrier Reef, will decline by up to 90%.

And perhaps most frighteningly, overshooting 1.5℃ runs a greater risk of crossing “tipping points”, such as the collapse of ice sheets and the release of natural carbon stores in forests and permafrost. Crossing those thresholds may set off irreversible changes to the global climate system, and destroy critical ecosystems on which life on Earth depends.

Every fraction of a degree matters

The outlook may be dire, but every fraction of a degree of avoided warming matters. Its value will be measured in terms of human lives, species and ecosystems saved. We can, and must, limit warming to well below 2℃. The goal is very challenging, but still achievable.

The strategies, technologies and pathways needed to tackle the climate challenge are now emerging as fast as the risks are escalating. And in the lead-up to the COP26 climate conference in Glasgow later this year, there’s widespread momentum for international cooperation and action.

Read more: A major scorecard gives the health of Australia’s environment less than 1 out of 10

Many of Australia’s strategic allies and major trading partners – including the United States, Europe, the United Kingdom and China – are starting to move on climate change. But Australia is standing still. This is despite our nation being one of the most vulnerable to climate change – and despite us having some of the world’s best renewable energy resources.

We must urgently grab these opportunities. We propose Australia radically scale up its emissions-reduction targets – to a 75% cut by 2030 from 2005 levels (up from the current 26-28% target). Australia should also aim to reach net-zero emissions by 2035. Doing so by 2050 – a goal Prime Minister Scott Morrison says is his preference – is too late.

A huge but achievable task

Such dramatic action is clearly daunting. There are political, technical and other challenges ahead because action has been delayed. But a 75% emissions-reduction target is a fair and achievable contribution to the global effort.

Australia’s unrivalled potential for renewable energy means it can transform the electricity sector and beyond. Electric vehicles can lead to carbon-free transport and renewably generated electricity and green hydrogen can decarbonise industry.

The emerging new economy is bringing jobs to regional Australia and building cleaner cities by reducing fossil fuel pollution. There is staggering potential for a massive new industry built on the export to Asia of clean energy and products made from clean hydrogen.

Read more: Nationals’ push to carve farming from a net-zero target is misguided and dangerous

State, territory and local governments are leading the way in this transformation. The federal government must now join the effort.

The transition will no doubt be disruptive at times, and involve hard decisions. Industries such as coal will disappear and others will emerge. This will bring economic and social change which must be managed sensitively and carefully.

But the long-term benefits of achieving a stable climate far outweigh the short-term disruptions. As our report concludes:

The pathway we choose now will either put us on track for a much brighter future for our children, or lock in escalating risks of dangerous climate change. The decision is ours to make. Failure is not an option. 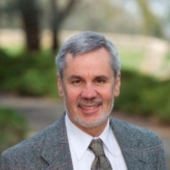 Will Steffen is a Councillor with the Climate Council of Australia.