It was to a great fanfare of publicity that researchers announced they had found evidence for past life on Mars in 1996. What they claimed they had discovered was a fossilised micro-organism in a Martian meteorite, which they argued was evidence that there has once been life on the Red Planet. Sadly, most scientists dismissed this claim in the decade that followed – finding other explanations for the rock’s formation.

While we know that Mars was habitable in the past, the case demonstrates just how hard it will be to ever prove the existence of past life on its surface. But now new results from NASA’s Curiosity rover, including the discovery of ancient organic material, have revived the hope of doing just that. Understandably, the authors of the two papers, published in the journal Science, are very careful not to make the claim that they have discovered life on Mars.

While the 1996 discovery has never been verified, it hasn’t ever been conclusively disproved either. What the study has done, though, is to propel the search for life on Mars higher up the list of international space exploration priorities – giving space agencies ammunition to argue for a coordinated programme of missions to explore the Red Planet.

Curiosity is the latest rover to trundle across the gritty sands of Mars. It has been tacking across the floor of Gale Crater on Mars for five years, returning stunning images of Martian landscapes, with vistas opening up to show rocky outcrops seamed with mineral veins. Close up, the veins have the appearance and chemistry of material that has been produced by reaction of water with the rocks, at a time when water was stable at the surface for extended periods of time. Such reactions could create enough energy to feed microbial life.

One of the papers reports the discovery of low levels of organic carbon in mudstones from Gale Crater. This might not sound like much carbon – but finding it at all is a big deal, since organic material could be traces of decayed living matter.

The sediments, analysed by the SAM instrument on Curiosity, come from just below the surface, where they have been shielded from most of the UV radiation that would break down organic molecules exposed on the surface. The organic material discovered on Mars is rich in sulphur, which would have also helped to preserve it.

However, the environment in which the mudstones were deposited – a 3.5-billion-year-old lake bed – would have been altered in other ways as the sediments settled and compressed to become rock. Over the intervening years, fluid flowing thought it would have initiated chemical reactions that could have destroyed the organic matter – the material discovered may in fact be fragments from bigger molecules. In rocks on Earth, such reactions – which causes living matter mainly from plants and microbes to degrade – produce an insoluble material known as kerogen.

Excitingly, the material discovered on Mars is similar to terrestrial kerogen. But that doesn’t necessarily mean it is biological in origin – it is also similar to an insoluble material in tiny meteorites that rain down on the surface of Mars.

At this point, we simply don’t know whether the origin is biological or geological. But it is the preservation of the material that is important – if there is this much organic matter preserved close to the surface, then there should be even better protected material at greater depths. What is needed to find more clues is a mission to Mars with a deep drill. Luckily there is one: ESA’s ExoMars rover, scheduled for launch in two years’ time.

The second paper investigates a problem that has been disturbing Mars scientists for several years: the abundance of methane in Mars’ atmosphere. Earth-based telescopes, spacecraft orbiting Mars and now Curiosity, have measured episodic sudden increases in the background methane content.

While this might be taken as a signature of biological activity – the main producers of methane on Earth are termites and bovine gut bacteria – non-biological mechanisms, such as weathering of Martian rocks or release from ancient ice, are possible too.

The new results represent the longest systematic record of atmospheric methane, with measurements taken regularly over five years. What the authors have found is a systematic variation in methane concentration with season, with the highest concentrations occurring at the Gale Crater towards the end of the northern summer. This is the period when the southern icecap – which freezes carbon dioxide out of the atmosphere, but not methane – is at its biggest, so enhanced methane is not unexpected. However, the abundances of methane measured are greater than models predict should occur, meaning we still don’t know exactly how they are produced.

The team also found several spikes where methane abundance suddenly jumped to be higher than average during the year. The authors conclude that this must be related to surface temperature. They therefore suggest that methane could be trapped at depth, gradually seeping to the surface. Here it is retained by the soil until the temperature increases sufficiently to release the gas.

However the paper states that, despite this, there “remain unknown atmospheric or surface processes occurring in present-day Mars”. While the authors do not specify biology as one of those unknown processes, it remains an intriguing possibility. This, to me, is a cue for further measurements – and fortunately, we may know soon. ESA’s Trace Gas Orbiter is now in place at Mars, and has just started recording data.

So, what can we conclude after reading these two papers? That even with the superb instrument array carried by Curiosity, and detailed modelling and interpretation of the results, we are still left looking for evidence of life on Mars. Is it a romantic yearning to discover that we do have companions within the solar system (even if they are likely to be very small and uncommunicative)? Or is it that our theories of how life arose on Earth cry out to be verified by a “second genesis”?

Whatever the reason, there is still much to be discovered on Mars. Luckily, a series of missions planned well into the next decade will help us make those discoveries. These include the return of Martian samples to Earth, where we can carry out even more detailed analyses than Curiosity. 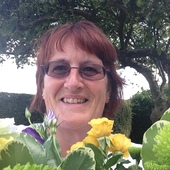 Online conspiracy theorists are more diverse (and ordinary) than most assume

Not just activists, 9 out of 10 people are concerned about...

Aussie invention could save old coal stations by running them on...

Is your teen off to schoolies? Here’s what to say instead...

A decade after the invention of the smartphone, we’re about to...

Be careful what you claim for when working from home. There...