The Morrison government has finally agreed to a royal commission into the abuse of people living with disability – if the states get on board.

After hearing horrific tales of abuse and neglect in the media this week, it’s easy to understand why the government waved the motion through parliament: some of our most vulnerable citizens have been beaten, raped, and even killed at the hands of those supposedly caring for them.

The statistics are alarming. Up to 90% of women with disability have been sexually assaulted. And people with disability are three times as likely to die prematurely than the general population from causes that could have been prevented with better quality care.

But to provide victims with justice, we need to better understand why people with disabilities are more vulnerable to abuse and assault.

There’s no one reason

There are lots of theories as to why people with disabilities are at increased risk of victimisation.

Some scholars suggest it’s because people with disability are more likely to be economically disadvantaged, making them more vulnerable to crimes. They say it’s social disadvantage and not disability per se that leads to higher rates of assault.

But this doesn’t explain high rates of abuse even when people with disability are well-resourced, or who live in privileged areas.

Then there is the dependency-stress theory. This suggests that because people with disability often need carers, their carers get stressed and sometimes act aggressively in response to demands.

This doesn’t stack up well either. It seems to blame the victim – “if only you didn’t need so much”. And attributing abuse of people with disability to carer stress probably wouldn’t be helpful in reducing rates of assault.

They may also be unintended consequences of attributing abuse to dependency and stress. Stressed carers may be unwilling to seek support if they think people will suspect they may abuse the person they care for, and this could in turn drive abusive behaviour underground.

More compelling is the idea that increased risk of victimisation is a combination of factors in the environment (such as chaotic, poorly run residential care homes), the motives of the offender (such as sexual gratification), and characteristics of the victim (the person may depend on the offender for help with daily living, such as bathing).

There are also aspects of victims with a disability that make them more appealing to a potential offender. A disabled person with communication difficulties, for example, may require help with dressing and may have trouble reporting the offence. This provides an opportunity to offend with a low risk of detection.

One strength of these types of multi-factor explanations is the recognition of the complexity of victimisation, which is unlikely to be the product of a single cause.

Some crimes are seen as less serious

We see evidence of this type of disempowerment in the criminal justice system. If people with disability are seen as less competent as witnesses, or can’t access support to navigate the distressing nature of the court system, this creates barriers to the prosecution of offenders, and perpetuates abuse cultures.

In fact, crimes tend to have to be very serious to be reported to police at all. In our research, we found reports of sexual assault were more than six times more likely for people with intellectual disability, compared with people without a disability.

But when looking at reports of theft, this was far less likely to be recorded by police when the victim has an intellectual disability.

People with intellectual disability aren’t less likely to be victims of theft. Research shows that when you ask people with disability about their experiences, theft is quite common. Rather, it seem these types of offences don’t necessarily meet a “threshold” for reporting to police.

Still, even violent crime and rape still go unreported in official records, often because of fear of a loss of services for the person. This is especially true if the service where the assault happened is the only local option, or the perpetrator is a family member.

A person with disability, able and given the opportunity to self-report, may be discouraged by fear of losing their home, being placed in a more restrictive or unfamiliar setting, fear of reprisal, or even out of affection for the offender.

We need to provide opportunities for people with disabilities to report victimisation, and empower them to access justice. A royal commission is a good place to start.

We also need to provide stable housing, support and personal care that is not reliant on a single service, or a single carer. This would mean viable alternatives are available for people with disabilities who may find themselves in dangerous or abusive circumstances.

Fundamentally, we need to shift community attitudes, starting with service delivery, police, health professionals and the legal profession. When society holds attitudes that people with disability are lesser, this creates obstacles to accurately accounting for, and holding to account, the instances of abuse and assault we know are all too common. 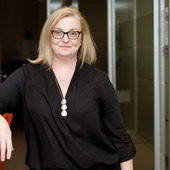