Some 90 prominent scientists, including Nobel laureates and other leading Australian and international researchers, on Thursday called for convicted child murderer Kathleen Folbigg to be pardoned and released from jail.

They say genetic evidence published in November 2020 shows some of the children had genetic mutations that predisposed them to heart complications. They argue these mutations are what likely led to their deaths.

This evidence was not available at the time of Folbigg’s conviction in 2003. Instead, she was convicted of smothering her children. She remains in jail and maintains her innocence.

I was one of the scientists who published the genetic evidence behind the recent petition to pardon Folbigg, which I signed. I was also an unpaid expert witness in the recent judicial inquiry into her conviction. Here is what our genetic analysis found. Here is also what I learned from my experience as a first-time expert witness.

In 2003, Folbigg was convicted of murdering her children Patrick, Sarah and Laura, and of manslaughter of Caleb. They ranged in age from 19 days to 18 months when they died.

Based on existing medical and pathological evidence, a petition to re-examine the possibility the children had died of natural causes led to a judicial inquiry, which was heard in April 2019.

The inquiry heard Sarah and Laura had a never-before reported mutation in the CALM2 gene, which controls how calcium is transported in and out of heart cells. Mutations in this gene are one of the best-recognised causes of sudden death in infancy and childhood.

In May 2019, after the hearings had concluded, a similar mutation in two siblings in the United States caused one of them to die of an irregular heartbeat (cardiac arrhythmia) and the other to have a heart attack (cardiac arrest).

Based on this evidence and before the judge made his findings, we wrote a report concluding this mutation was likely to be the cause of Sarah and Laura’s deaths. World experts in the genetics of cardiac arrhythmias (Professor Peter Schwartz) and of cardiac conditions caused by CALM genes (Professor Michael Toft Overgaard), endorsed this conclusion and alluded to the need to reopen the inquiry to further discuss the mutation.

In July 2019, the inquiry found there was no reasonable doubt as to Folbigg’s conviction, based principally on interpretation of her diaries and the rarity of many cases of SIDS (sudden infant death syndrome) in one family.

Since then, I was part of an international group of researchers who has published further evidence showing the CALM2 mutation impairs how calcium is transported. We also found it is as severe as other known CALM mutations that cause sudden death in infants and children, while awake or asleep.

We concluded that mutations in the female Folbigg children likely led to disruptions in their heartbeats resulting in sudden cardiac death.

At the time of the 2003 trial, genomics was in its infancy and the geneticists involved in the case could not find a genetic cause for any of the children’s deaths.

However, in 2018, I was approached by Folbigg’s solicitors and asked whether current gene sequencing technologies would now enable finding a possible genetic cause for their deaths. This was indeed possible: in the past decade numerous genetic causes of sudden unexpected deaths have been discovered.

My team first sequenced Folbigg’s genome from saliva and swabs taken from the inside of her cheek, since there was a possibility she was a carrier of one of these mutations. We were surprised to find she had the never-before reported CALM2 mutation.

In early 2019, I was officially asked to form part of a team of geneticists to analyse the genomes of Folbigg and her children as part of the inquiry into her convictions.

From a technical perspective, it was an incredible achievement. The Victorian Clinical Genetics Service sequenced the entire genomes of two of the children from blood samples on heel-prick cards babies typically have at birth. These samples were more than 20 years old. Frozen tissue and immortalised cells were available from the other two children.

We found the two girls had the same mutation as their mother in the CALM2 gene, known as variant G114R.

The study published into the impact of this variant show it affects the way calcium binds and moves through the heart cells, affecting how the heart muscle contracts.

We concluded this variant likely contributed to the natural deaths of the two girls by altering the heart’s normal rhythm. This may have been triggered by infections both girls had around the time they died and the medication they were given, which combined with their mutation, made them particularly susceptible to heart complications.

Laura, in particular, had such extensive myocarditis (inflammation of the heart) that all three professors of forensic pathology present at the 2019 inquiry stated, prior to the hearings on genetic evidence, they would have listed Laura’s cause of death as myocarditis.

The two boys also had medical conditions that point towards dying of natural causes. One had difficulty breathing due to a floppy larynx, the other had epilepsy and blindness.

This is a gene that when defective in mice, causes early onset lethal epilepsy — mice die young during epileptic fits. We are currently investigating whether the variants found in the Folbigg boys can cause disease.

What can we learn from this?

I have not been involved in any other legal proceedings before the judicial inquiry into Folbigg’s convictions. But I want to talk about my experience as a scientist expert witness.

My experience left me thinking it had several blind spots when it comes to evaluating scientific evidence.

As a scientist and trained medical doctor, I found the procedure of the inquiry bewildering. Even before we made the genetic findings, there was credible medical and pathology evidence to indicate the Folbigg children had died of natural causes.

In this case, and as far as I can tell, Folbigg was selected for investigations because of the rarity of the events, with circumstantial evidence gathered from interpretations of her diaries presented as evidence of her guilt. Such an approach forgets that rare events do occur. And in genetics, one-off events are commonplace.

Then there was the notion of expertise. In the lead-up to the inquiry, I was expecting subject matter experts to be called to give evidence. But there was not a single expert in the genetics of heart arrhythmias, nor an expert in CALM genes.

This absence of safeguards to ensure the evidence presented was robust and well-informed made for a negative experience. It has discouraged me from engaging in similar court cases in the future. If my experience is not unique, and this is common, the law runs the real risk that career scientists will not want to engage in legal matters.

If we want scientists to participate in cases involving complex or technical scientific issues, I think we need to improve the process of recruiting expert witnesses. We should be choosing scientists who support their reasoning based on peer-reviewed scientific evidence.

I also hope the experience of giving evidence could be made less combative. I felt intimidated throughout the hearing, being forced to answer yes or no to many questions and being cut off repeatedly. The natural world rarely exists in binary.

If scientists do not feel they are treated as equals to their legal peers, they are unlikely to volunteer their time to assist the court. Instead, the law will be left with only a handful of professional expert witnesses that are unlikely to be representative of their respective fields.

I hope that in coming years, we will see an increased appreciation for the scientific method in a legal setting. Complex cases like this one are likely to become more frequent as our scientific tools improve and increasingly find their way out of the lab and into the courtroom. 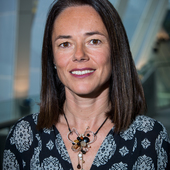 Carola Garcia de Vinuesa was one of the scientists who published the genetic evidence behind today’s petition to pardon Folbigg, which she signed. She was also an unpaid expert witness at the judicial inquiry into her conviction.