Happy birthday, SA’s big battery, and many happy returns (of your recyclable parts)

A year ago yesterday, Tesla’s big battery in South Australia began dispatching power to the state’s grid, one day ahead of schedule. By most accounts, the world’s largest lithium-ion battery has been a remarkable success. But there are some concerns that have so far escaped scrutiny.

The big battery (or the Hornsdale Power Reserve, to use its official name) was born of a Twitter wager between entrepreneurs Mike Cannon-Brookes and Elon Musk, with the latter offering to build a functioning battery in “100 days or it’s free”.

Musk succeeded, and so too has the battery in smoothing the daily operation of South Australia’s energy grid and helping to avert blackouts.

The battery has also been a financial success. It earned A$23.8 million in the first half of 2018, by selling stored electricity and other grid-stabilising services.

These successes have spurred further big battery uptake in Australia, while the global industry is forecast to attract US$620 billion in investments by 2040. It’s clear that big batteries will play a big role in our energy future.

But not every aspect of Tesla’s big battery earns a big tick. The battery’s own credentials aren’t particularly “green”, and by making people feel good about the energy they consume over summer, it arguably sustains an unhealthy appetite for energy consumption.

The problem of lithium-ion batteries

The Hornsdale Power Reserve is made up of hundreds of Tesla Powerpacks, each containing 16 “battery pods” similar to the ones in Tesla’s Model S vehicle. Each battery pod houses thousands of small lithium-ion cells – the same ones that you might find in a hand-held device like a torch.

The growing demand for lithium-ion batteries has a range of environmental impacts. Not least of these is the issue of how best to recycle them, which presents significant opportunities and challenges.

The Hornsdale Power Reserve claims that when the batteries stop working (in about 15 years), Tesla will recycle all of them at its Gigafactory in Nevada, recovering up to 60% of the materials.

It’s important that Tesla is held account to the above claim. A CSIRO report found that in 2016, only 2% of lithium-ion batteries were collected in Australia to be recycled offshore.

However, lithium-ion batteries aren’t the only option. Australia is leading the way in developing more sustainable alternative batteries. There are also other innovative ways to store energy, such as by harnessing the gravitational energy stored in giant hanging bricks.

Read more: Charging ahead: how Australia is innovating in battery technology

Tesla’s big battery was introduced at a time when the energy debate was fixated on South Australia’s energy “crisis” and a need for “energy security”. After a succession of severe weather events and blackouts, the state’s renewable energy agenda was under fire and there was pressure on the government to take action.

On February 8, 2017, high temperatures contributed to high electricity demand and South Australia experienced yet another widespread blackout. But this time it was caused by the common practice of “load-shedding”, in which power is deliberately cut to sections of the grid to prevent it being overwhelmed.

Since the battery’s inception the theme of “summer” (a euphemism for high electricity demand) has followed its reports in media.

The combination of extreme heat and high demand is very challenging for an electricity distribution system. Big batteries can undoubtedly help smooth this peak demand. But that’s only solving a symptom of the deeper problem – namely, excessive electricity demand.

Time to talk about energy demand

These concerns are most likely not addressed in the national conversation because of the urgency to move away from fossil fuels and, as such, a desire to keep big batteries in a positive light.

But as we continue to adopt renewable energy technologies, we need to embrace a new relationship with energy. By avoiding these concerns we only prolong the very problems that have led us to a changed climate and arguably, make us ill-prepared for our renewable energy future.

The good news is that the big battery industry is just kicking off. That means now is the time to talk about what type of big batteries we want in the future, to review our expectations of energy supply, and to embrace more sustainable demand. 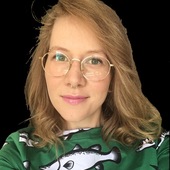