Mobile phones are a lifeline for those in immigration detention. But if the government has its way, this thread will soon be cut.

A proposed bill would allow the minister to deem mobile phones and other internet-capable devices “prohibited items”. It would also grant staff new powers to search detainees without a warrant and allow strip searches and detector dogs within the centres.

Detainees’ friends and family members would also be targeted via expanded powers to screen and search visitors.

The bill is expected to be voted on in parliament this week. The crucial vote will likely be in the Senate, where the government is trying to sway key vote Jacqui Lambie to its side.

The purported purpose of the bill is

to ensure that the department can provide a safe and secure environment for staff, detainees and visitors in an immigration detention facility.

The government claims some detainees are using mobile devices to organise criminal activities, and intimidate staff and other detainees.

Yet, the greatest risk to detainees and their loved ones comes not from mobile phones, but from the isolation and trauma of our immigration detention system.

A 2019 report by the Australian Human Rights Commission found only a minority of detainees use mobile phones inappropriately. In contrast, rates of self-harm in Australia’s immigration detention system are 200 times higher than in the Australian community.

This bill would only make things worse.

The current situation in detention

In theory, immigration detention in Australia is not meant to be punitive. Yet, my research shows the logic of “deterrence” infuses all aspects of detention centre life.

The excessive use of force is also a concern. Just this month, the Commonwealth ombudsman cautioned,

there appears to be an increasing tendency across the immigration detention network for force to be used to resolve conflict or non-compliant behaviour as the first rather than last choice.

Detainees are rarely permitted to leave their places of detention. Some detainees — including refugees brought to Australia from Papua New Guinea or Nauru for emergency medical care under the now-repealed Medevac law — have been in detention for over seven years.

Read more: The evidence is clear: the medevac law saves lives. But even this isn’t enough to alleviate refugee suffering

In this context, connections with friends, family members, medical professionals and legal representatives are vital. But maintaining communications is far from easy.

Where spontaneous visits were once permitted, loved ones must now apply to visit detention at least one week in advance. Longer application times apply for group visits. The online application is prohibitively complicated for those with poor digital literacy or limited English-language capabilities.

At times, visiting room capacity limits cause applications to be rejected, meaning detainees can go weeks without seeing loved ones. During COVID-19, visits have been cancelled altogether.

Read more: ‘People are crying and begging’: the human cost of forced relocations in immigration detention

When applications are approved, visitors must submit to screening, x-rays and drug scanning.

There are also strict rules on the admission of food and gifts. Where visitors could once bring items like birthday cakes, fresh fruit, children’s toys and board games to their visits to create a warmer atmosphere, these items are now banned or require special approval. Guards supervise all interactions.

The regular relocation of detainees between detention facilities also compounds their feelings of isolation. Forced transfers — including those currently underway as part of the reopening of the Christmas Island immigration detention centre — further separate detainees from their loved ones, with devastating consequences.

The importance of mobile phones

Mobile phones are an imperfect solution to these challenges. They help detainees maintain their relationships and mental health when other lines of communication are severed.

Sometimes, they are the only way detainees can speak to their children or families.

Mobile phones serve myriad functions for detainees, including allowing them to

As the case of the Tamil family from Biloela exemplifies, mobile phones can be the difference between deportation and access to justice.

Last year, when the authorities attempted a late night deportation of the family, they used their phone to contact supporters and journalists, who in turn alerted their lawyer. An emergency injunction was subsequently granted and their plane turned back mid-flight.

Banning mobile phones would rob detainees of many of the strategies they use to survive and access justice. It would also punish detainees’ children, partners, parents and friends.

The senselessness of the bill

Beyond the mobile phone ban itself, granting new screening and search powers would add to the trauma of detention spaces. These are already environments in which excessive force is used. Allowing strip searches and the use of detector dogs would only increase the potential for abuse.

Australia’s immigration detention facilities are highly securitised places. Where there are reasonable grounds to suspect criminal activity, the police already have power to search the facilities. Granting centre staff power to perform invasive searches is neither necessary nor appropriate.

The proposed bill would not make detention centres safer. It would increase the cruelty of an already cruel system. 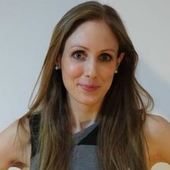 NBN upgrades explained: how will they make internet speeds faster? And...

Thinking about working from home long-term? 3 ways it could be...

Inside the Beatles’ messy breakup, 50 years ago

Even in a pandemic, continue with routine health care and don’t...

Does JK Rowling’s breathing technique cure the coronavirus? No, it could...

Report recommends overhaul of My Health Record, but key changes not...

Mandela My Life is a welcome tribute to a hero, but...