Once again, Australia is on fire. This year it’s the turn of Western Australia and South Australia, where bushfires are threatening homes and lives. In the south of Tasmania, conditions are dry and the region is entering a period of peak fire danger.

In the lead up to every bushfire season, the mantra is the same each year: prepare, prepare, prepare. Remove the fuel load. Clean out the gutters. Mow lawns, tidy gardens, create a burnbreak between bushland and your house. Identify your strengths and weaknesses. Have a plan.

After 40 years studying the interaction between humans and fire, I have seen this mantra rolled out every year — and watched, every year, as it is comprehensively ignored by large numbers of people. Why? Because they are bad or lazy? No.

The fact is asking people to prepare for fire is pointless if they can’t afford to do it. If you don’t have time or money (or both), it doesn’t matter how many times authorities tell you to prepare. It’s not going to happen. What if we had a system, like Medicare, where the cost of these fire prevention measures was subsidised by the public system?

Institutions such as local fire authorities, councils or governments can say “we have done our bit and we expect the community to do their part and manage their risk, their property, their bushfire plan”.

But it’s just passing the problem along to the next person, without considering whether they’re able to actually take up that advice.

For years, authorities have essentially handed people a very formidable and expensive checklist of things to do, right up to the level of retrofitting your house to be compliant with modern building standards. These are significant time and financial investments.

The cost of failing to prepare is huge. Bushfire often spreads by embers landing in a series of unprepared properties. If your neighbours don’t make their home defendable, chances are it may cause your house to burn down.

There are many reasons people don’t prepare, and a key one is affordability. If you’re not physically able to get up a ladder to clean your gutters or mow around your property and remove fuel load — and you can’t afford to pay someone to do it — what are you supposed to do?

You might think, “Well, if people choose to live in a bushfire prone area then that’s their problem. Why should they get subsidies?” But there are many reasons people might not be able to prepare, including poverty, old age, and health issues.

And if they don’t prepare, it won’t just affect them; it could create a vector for the fire to spread to other properties. Research suggests disasters, including fires, are more likely to occur in low socioeconomic areas.

Our taxes fund Medicare and public health measures because Australian society recognises it’s cheaper in the long run. It’s cheaper than allowing low-level health problems to fester until they become so threatening they have to be dealt with in the mind-bogglingly expensive emergency department.

In the same way, subsidies for household bushfire preparation would help prevent the vast taxpayer expense incurred for emergency fire-fighting when fire strikes.

The system could take many forms.

State governments already give vouchers to citizens to incentivise spending in one area. Think of the NSW government’s Active Kids or Creative Kids voucher systems, or its planned dining and entertainment voucher system.

So why not give vouchers you can use to pay someone to clear your gutters, mow your lawn or clear dry grass and other fuel loads?

Insurers could offer lower premiums to people who take action to reduce fire risk around their home by ember-proofing or installing gutter-guard, for example (in the same way there are insurance benefits if you make your house more resistant to being broken into).

Perhaps councils could offer lower rates for low-income people who, in exchange, pay for measures to reduce their fuel load.

Or we could have a bulk-billing system, where you can ask a service provider to assess your home’s risk and do basic fire load reduction, and it’s charged to a Medicare-style system.

To me, these ideas make a lot more sense than more punitive measures being considered in some places, where authorities could clear a fire risk around a house themselves and simply send the bill to the occupant or land owner.

The punitive system just puts more pressure on people who may not be able to afford to reduce their home’s fire risk, much less deal with going to court to dispute a bill they’ve been sent. It also means people are less likely to trust and cooperate with fire authorities.

Yes, I know these ideas are expensive. So is Medicare. So is the pension system. So is the public health response that helped Australia drive the COVID-19 epidemic into submission. But they’re worth it, aren’t they?

And do you know what else is expensive? Doing the same thing every year, even though it doesn’t work.

We have just been through an enormously expensive bushfire royal commission. And as fire expert Kevin Tolhurst points out here, we’ve had 57 formal public inquiries, reviews and royal commissions related to bushfires and fire management since 1939. A huge expense to taxpayers.

We know the cost of the Black Summer fires ran into the billions, with costs to the health system, individuals, businesses and emergency services.

Aerial fire suppression aircraft are expensive. Having 100-day firefighting campaign is an extraordinary drain on the public purse — and that’s before you even start counting the cost of economic disruption that comes with it.

It sounds a bit radical

I know! But radical change is what’s needed — and it’s possible. In early 2020, I wrote it was time to re-arrange the Australian school calendar around fire seasons and people said this was crazy. But then a few months later we completely rearranged schooling around the pandemic — an idea that, in January, would have seemed completely unworkable.

It turns out radical change is possible when push comes to shove. And for climate change-related fire risk, push really has come to shove.

Our current system involves telling people to create “a defendable space” around your house. I’ve been on Google Earth to look to at how that’s played out in many bushland suburbs; you don’t need to be a genius to work out there they are not defendable spaces.

If we are sitting round going into a hotter, drier, more fire-prone world, what are we doing if we are not enabling people to adapt? 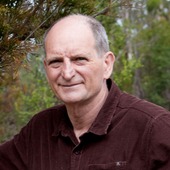