For Australia – a continent blessed with a bounty of wind and sun – the phasing out of coal and gas investment should be considered a boon. Australia is already deploying wind and solar energy ten times faster than the global average, and still has plenty of unmet renewables potential.

But of course, Australia’s path to a clean energy economy has not been perfectly smooth. A lack of federal leadership on climate policy and a historical dependence on fossil fuels means the IEA’s roadmap presents a big challenge for Australia.

Our latest report released today underscores how big a challenge this is. We assessed Australia’s highest-emitting energy firms and found none were fully or even closely aligned with global climate goals. Just one went even partway, and five appeared to be taking no action at all.

Our energy sector report forms part of the Net Zero Momentum Tracker, a project by research organisation ClimateWorks, which works within the Monash Sustainable Development Institute.

We assessed the commitments of Australia’s 20 highest-emitting energy companies against the Paris Agreement goals, which include limiting global temperature rise to well below 2℃, aiming for 1.5℃. The IEA’s latest work shows to reach those goals, the global energy sector must reach net-zero emissions by 2050.

The companies we analysed comprise electricity generators and electricity and gas retailers. Together, they account for almost one-third of Australia’s total annual emissions.

Each company’s commitments were assessed against scenarios we modelled, which map the least-cost trajectories for reducing Australia’s emissions in line with the Paris goals.

We found no large energy company was fully aligned with these trajectories, and most fell well short. Six had set emissions reduction targets and nine others had taken some action to cut emissions.

However, not a single company had commitments that are in line with Australia achieving net-zero emissions by 2050.

How your energy company fares

French-owned energy generator and retailer ENGIE was the only company partially aligned with a modelled decarbonisation trajectory. ENGIE has an aligned target that aims to reduce some of its emissions by 2030. But the target does not cover the majority of ENGIE’s emissions, so the company has much more work to do.

Fourteen companies had a mix of targets or actions we assessed as not aligned with the Paris goals. They are:

And these five companies had no disclosed emissions reduction activities:

Read more: Snowy 2.0 will not produce nearly as much electricity as claimed. We must hit the pause button

AGL, EnergyAustralia, Stanwell and Origin are the biggest emitters in Australia’s electricity sector. Collectively, they’re responsible for more than half the sector’s emissions, and so have a particular responsibility to act.

When energy companies talk about reducing their greenhouse gas emissions, they do so in terms of scope 1, 2 and 3 emissions.

Scope 1 covers emissions released to the atmosphere as a direct result of company activity, such as burning coal or gas to produce electricity. Scope 2 covers the emissions created to produce the electricity a company purchases.

Scope 3 emissions are those outside the companies’ direct control. They include upstream processes such as the extraction, production and transport of fuel used to power their operations, and downstream activities such as the distribution and use of gas sold to consumers.

Origin aspires to achieve net-zero emissions by 2050 and has set interim targets to reduce its scope 1, 2 and 3 emissions.

AGL and EnergyAustralia have committed to achieve net-zero operational (scope 1 and 2) emissions by 2050, but have no interim emissions reduction targets.

Our earlier research shows that under scenarios compatible with the Paris Agreement, renewables make up 70% of electricity generation by 2030. Coal and gas is phased out of Australia’s electricity mix as soon as 2035.

The energy sector is crucial if Australia is to meet the Paris climate goals. Thanks to renewable energy, the sector enjoys some of the easiest and cheapest emissions reduction opportunities. And a zero-emissions energy sector would also help other sectors such as transport, buildings and industry to decarbonise.

Australia’s energy sector has made progress on emissions in recent years. Three-quarters of the energy companies we assessed have implemented wind and solar energy projects. And overall, renewable energy was responsible for almost 28% of Australia’s total electricity generation in 2020.

However our report shows change is not happening fast enough to put Australia on a timely path to net-zero emissions.

At a federal level, the Renewable Energy Target, which ended last year, drove the clean energy shift. New federal policies are now needed to bolster ambitious state and territory policies. This would enable energy market operators and investors to plan a transition aligned with the Paris goals. 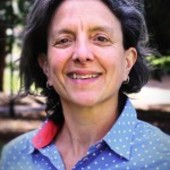 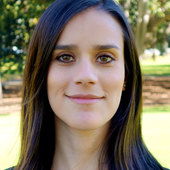 Anna Malos is part of ClimateWorks Australia which receives funding from philanthropy and project-based income from federal, state and local government and private sector organisations. ClimateWorks Australia receives funding from several philanthropic foundations, and project-specific financial support from a range of private and public entities.

Coral Bravo is part of ClimateWorks Australia which receives funding from philanthropy and project-based income from federal, state and local government and private sector organisations. ClimateWorks Australia receives funding from several philanthropic foundations, and project-specific financial support from a range of private and public entities.