In the middle of the night, while most residents were sleeping, a devastating fire started at Grenfell Tower in London. The emergency response was rapid and robust: more than 200 firefighters attended the scene, with assistance arriving just six minutes after the first calls were made. Emergency services have confirmed that 12 people are dead. More remain missing and dozens are injured. Already, people are asking how the fire spread so rapidly and why it was so difficult for residents to escape.

Doubtless, in time, a thorough investigation will reveal the full details of what caused the disaster. But from an engineering perspective, there are a number of factors in the design of the 24-storey tower block that may have contributed to the speed and scale of the blaze.

Most of the current guidelines across the world contain detailed design requirements for fire safety such as evacuation routes, compartmentation and structural fire design. But Grenfell Tower was built in 1974. At that time, the rules and regulations were not as clear and well-developed as they are now.

The evacuation route is one of the most important design elements when it comes to fire safety. The route should allow occupants to escape the building as quickly as possible, while sheltering them from smoke and flames. Some tall buildings have staircases installed on the outside to prevent people from getting stuck in the corridors and provide access to fresh air while they escape. Other options include installing high-power fans inside buildings, to clear the evacuation route of smoke in the event of a fire. This feature is included in the design of Dubai’s Burj Khalifa, the tallest building in the world.

It’s clear that residents were not happy with the fire safety of the escape route from a blog posted in November 2016 and the design below would suggest there was only one set of stairs for evacuation. Investigators will need to determine what evacuation routes were available. 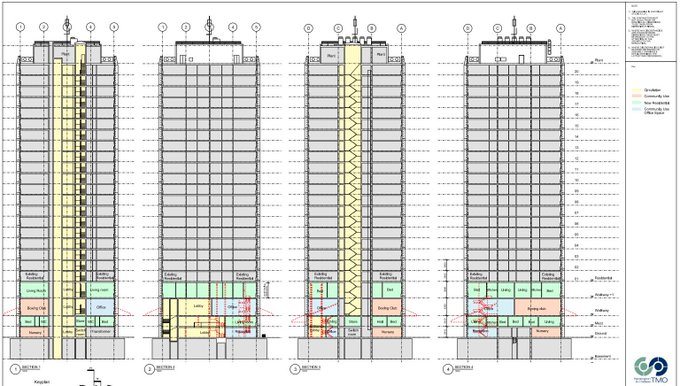 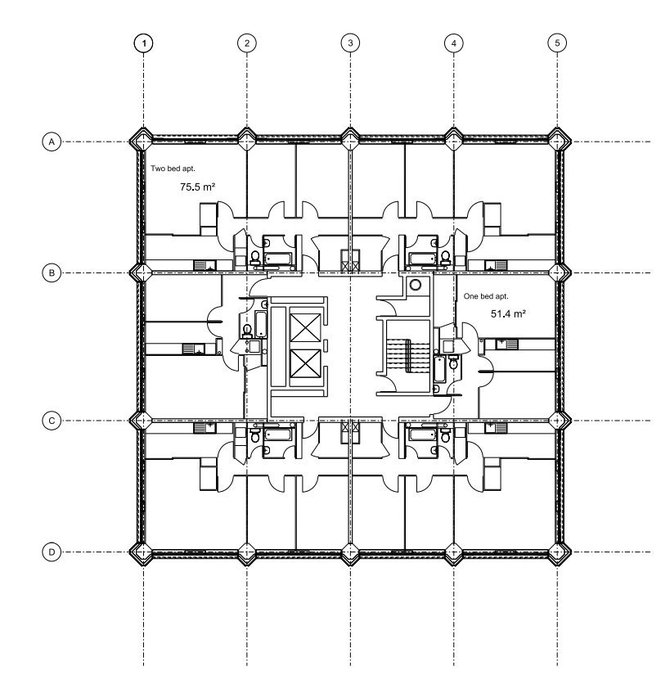 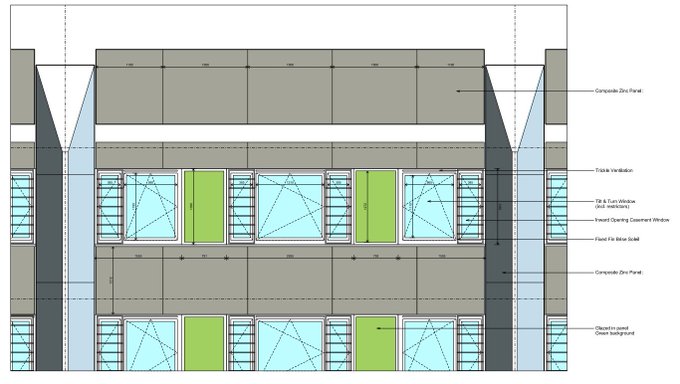 Another key strategy is to correctly design fire compartments to keep the fire from spreading quickly. This entails placing barriers in the building – such as fire-resistant doors and walls – to confine the fire to a local area, or at least slow the speed at which it can spread. These compartments are designed based on the function of the buildings by architects, so residential and commercial buildings will have different compartment design strategies.

In current design practice, some buildings even include special design measures for fires, such as refuge rooms for occupants in the higher storeys, who could have trouble escaping down stairs. There are also active fire protection methods such as using sprinklers. Though a parliamentary report following the 2009 Lakanal House fire in Camberwell, London, in which six people died, recommended that sprinkler systems be installed in tower blocks across the UK, it’s not clear that these measured were implemented in Grenfell Tower. A local residents action group also claimed that their warnings about a lack of fire safety measures “fell on deaf ears”.

The fire risk level of any building also depends on its structural design – that is, the capacity of its materials to resist fire. Different materials receive different fire ratings in each design. For example, steel buildings are normally required to have structural elements such as beams or columns that can stand for one to two hours with the help of fire protection material such intumescent paint, which swells up when heated to protect the material beneath.

According to reports, the key structural components of Grenfell Tower are mostly made of concrete – a material which rates highly in terms of fire resistance. While other materials can buckle in high temperatures, concrete structures can help to prevent the collapse of a building in case of fire, as well as making it safer to use helicopters – which can dump up to 9,842 litres of water at a time – to extinguish the blaze.

There were also reports relating to cladding added as part of an £8.7m refurbishment in 2016. The material used for the cladding was primarily aluminium, which is not fire resistant. What’s more, aluminium has high conductivity – so the cladding itself could have heated up very quickly, failing to prevent the fire from travelling through the windows and up the exterior of the block from one storey to another.

In truth, most old buildings do not conform to the latest guidelines for fire safety design, so it is imperative to update them by installing sprinklers, fire alarms and extra fire evacuation staircases. While those affected may have to wait for some time before the causes of the fire become clear and responsibility is taken, landlords and local councils can act now to help prevent another disaster of this scale from happening again. 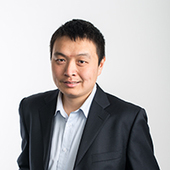