The Australian government on Tuesday expressed shock at a draft decision to list the Great Barrier Reef as “in danger”. But the recommendation has been looming for some time.

The recommendation, by the United Nations Educational, Scientific and Cultural Organisation (UNESCO) and the International Union for Conservation of Nature (IUCN), acknowledges Australia’s commitment to implementing the Reef 2050 Plan, an overarching framework to protect the natural wonder for future generations.

But the “outstanding universal value” of the Great Barrier Reef has continued to decline.

The draft decision will now be considered at the World Heritage Committee meeting, to be held online next month. The development is significant for several reasons – not least that Australia’s progress under the Paris Agreement is being linked to its stewardship of the reef.

What did UNESCO say

In recommending the in-danger listing, UNESCO and IUCN cited a 2019 report by the Great Barrier Reef Marine Park Authority which found the ecosystem’s long-term outlook had deteriorated from poor to very poor. It said global warming had also triggered coral bleaching events in 2016 and 2017 – which were followed by another mass bleaching event in 2020.

The report said Australia’s progress on the Reef 2050 Plan “has been insufficient in meeting key targets”. It said the plan requires stronger and clearer commitments, in particular on urgently addressing threats from climate change, and improving water quality and land management.

Among other recommendations, the draft decision called on the international community to “implement the most ambitious actions to address climate change […] and fulfil their responsibility to protect the Great Barrier Reef”.

Read more: The Great Barrier Reef is in trouble. There are a whopping 45 reasons why

Federal Environment Minister Sussan Ley’s said the government was “blindsided” by the draft recommendation. However the move has been a long time coming.

As noted above, the government’s 2019 Outlook Report documented the impacts and threats to the Great Barrier Reef in no uncertain terms, and identified climate change as the most serious threat.

There were other indicators the recommendation was looming. In 2020, the IUCN World Heritage Outlook listed the Great Barrier Reef as “critical” due to threats including climate change and poor water quality. The rating – the worst on a four-point scale — was a decline from the 2017 rating of “significant concern”.

And in 2018, a report predicted that without major reductions in greenhouse gas emissions, all 29 World Heritage coral reefs, including the Great Barrier Reef, will cease to be “functioning ecosystems by the end of the century”.

Finally in 2012, the World Heritage Committee warned the Great Barrier Reef could be placed on the in-danger list “in the absence of substantial progress”.

Climate change isn’t the only concern

While climate change is a major concern in the draft decision, it is but one of numerous pressures on the Great Barrier Reef. Poor water quality due to nutrient and sediment runoff – the latter linked to land clearing – are also big problems.

The IUCN outlook report said climate change is the biggest threat to all the world’s natural heritage places. In this regard, this week’s draft decision sets an important precedent for the World Heritage Committee. It would seem the committee is now prepared to directly address the issue of climate change, after being less so inclined in previous years.

The Reef 2050 Plan does not adequately address the climate change threat. The UNESCO report calls on Australia to correct this, and ensure the plan sufficiently addresses other threats including water quality.

Decisions by the World Heritage Committee are not binding on any country. Still, we expect the committee’s concerns to result in Australia amending the Reef 2050 Plan to better acknowledge climate change as a significant issue.

The draft decision will be considered at the annual meeting of the World Heritage Committee in July, chaired by China and comprising 21 countries.

An end to tourism?

The experience of other major tourist destinations suggests an in-danger listing may not damage tourism at the Great Barrier Reef, as some have feared.

Take the Everglades in the United States, Belize in the Caribbean and the Galapagos Islands. An analysis of these World Heritage properties showed no discernible tourism downturn after an in-danger listing. However, if the Great Barrier Reef’s condition continues to deteriorate, industries that rely on a healthy Reef are likely to endure long-term damage.

Without real and urgent actions at all levels — global, national, and local — the values that make all heritage places special will decline. That makes it less likely that future generations will be able to enjoy these wonders as we have done. 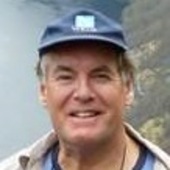 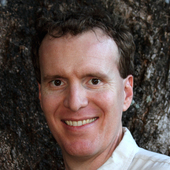 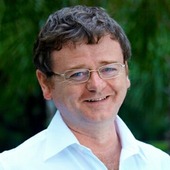 Jon Day previously worked for the Great Barrier Reef Marine Park Authority between 1986 and 2014, and was one of the Directors at GBRMPA between 1998 and 2014. He represented Australia as one of the formal delegates to the World Heritage Committee between 2007-2011.